Pepper is a vegetable from South America that made its appearance on European tables in the sixteenth century. According to some scholars, the starting center of the spread of this vegetable is Brazil, according to others Jamaica. The cultivation of the numerous varieties of this plant is widespread in

worldwide, while the area dedicated to its cultivation in Italy is progressively reducing. At Zero Branco the pepper cultivation has ancient origins and is favored by the particular climatic conditions. Every year, between the end of August and the beginning of September, the renowned Pepper Festival is held in the village.

Pepper is an annual herb that is widely cultivated for its fruits characterized by a generally conical or lobed shape, in length and with a square base. This vegetable has different colors and shapes depending on the variety. In the Treviso area, the variety of origin was the Quadrato d’Asti, characterized by a cubic-elongated shape, which, however, has been replaced over the years with other types of seeds that always belong to the Quadrato type. This pepper is very fleshy, of considerable specific weight and regular, very homogeneous appearance. The color is bright yellow, the taste is sweet and does not have to be spicy.

The seedlings are planted in the months of May-June on the ground that is prepared with shallow processing and enriched with organic fertilizer.

After the transplant, irrigations are carried out which are done dropwise at intervals of 3-4 days and are essential to have a production of high quantity and quality. The harvest takes place after approx. 70-90 days, generally in August, picking up the pepper with the stalk.

Normal materials and equipment generally used for horticultural products are used for the preparation and conditioning.

The products are sold fresh or can sometimes be stored for a few days in the cold rooms normally used for horticultural products.

The product is available from June to September at any retail market.

Peppers are widely used in cooking: they can be used fresh in salads, cooked in a pan, stuffed, preserved in vinegar or naturally.

A bit of history…

The original variety, grown in this area, is “Quadrato d’Asti”, which, however, has undergone, over time, improvements, due to careful selection and meditated crossings, obtaining the types currently cultivated, in particular the “pathos yellow ”, which in this area is expressed at very high quality levels.

The cultivation of peppers is not difficult: between the end of March and the beginning of April they are planted under cold tunnels, manually or with suitable machines. The soil must be worked at medium depth and enriched with organic fertilizers. Plants need a certain amount of water, so they are preferably irrigated by drop; as they need not to be disturbed by weeds, so they must be kept free from them, by means of manual weeding and hoeing.

About 80-90 days after transplanting, the peppers begin to ripen and are harvested by hand together with their stalk. The quality of the harvested fruit depends on its consistency, the thickness of the pulp, the color which must be bright yellow, the regular shape, the size and the taste that must not be spicy and at Zero Branco these characteristics are all expressed at a high level with consumer satisfaction. It should not be forgotten that pepper is one of the riches of the diet in the second half of summer and early autumn, thanks to the richness of Vitamin B1 and especially C (150 mg of Vitamin C per 100 g of pepper); this is by far the richest vegetable in this vitamin, if you just think that oranges have “only” 50 mg per 100 g of product.

Thanks to these characteristics, the Zero Branco pepper is an excellent natural antioxidant, therefore it fights free radicals, responsible for cellular alterations that are also the cause of their aging, but above all of tumors and coronary heart disease.

Once the peppers of Zero Branco represented a good source of supplementary income, since they were well known, appreciated and present on the markets of Padua and Milan and also in Germany. In the last decade of the last century, production has been decreasing, so much so that now we do not reach ten hectares cultivated.

Currently there is a production under tunnel that is around 350 q hectare, while that in the open field gives a production per hectare of around 250 quintals. The development of some cooperatives between producers seems to be increasing production, also because the demand for the excellent Zero Branco pepper has never failed, precisely because of the particular and high quality of this vegetable which has proved very useful for health as well as to lend themselves to gastronomic preparations of great goodness and interest. 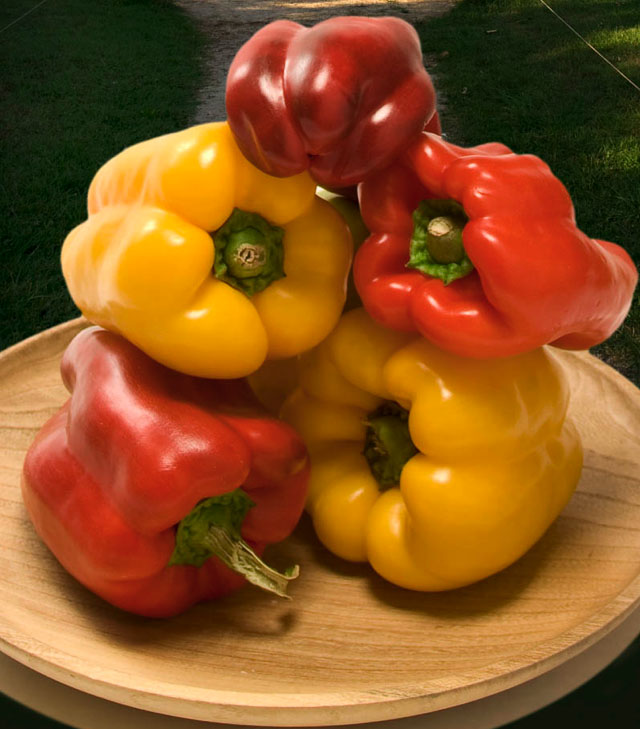