Asparagus is believed to originate in the temperate areas of Asia. From here, first thanks to the Egyptians and later the Roman Empire spread throughout the Mediterranean and continental Europe. Like many other vegetables, asparagus was first used for its medicinal qualities and it was later the Romans who discovered the gastronomic qualities. The first certain news of its cultivation in Veneto can be found in purchase records made on behalf of the Venetian doges in the first half of the 1500s. However, the cultivation dates back to a long time before, in fact some documents from the late 1400s testify that the custom of tying asparagus into bunches was widespread even before the discovery of America. In Veneto this vegetable has found an ideal environment for its cultivation, in fact, our region together with Emilia Romagna is among the top producers in Italy. In the province of Treviso, the Zero Branco asparagus festival is famous which, as evidenced by the first advertising flyers, has been held since 1967 between the end of April and the beginning of May, at the Badoere roundabout.

The asparagus has an ivory-white color with possible slight pink color on the shoots and a tip that is not totally compact. The shoots must be whole, healthy, free from damage due to inadequate washing, clean, fresh in appearance, free from parasites, free of bruises, free of foreign smell and / or taste; the cut at the base of the shoot must be perfectly perpendicular to the major axis; they may be slightly curved; the shoots that have woody tissues at the base are discarded. The length of the shoots is between 12 and 22 cm, the caliber is between 8 and 20 mm.

Sandy soils are required for the production of asparagus. The soil is prepared in the autumn preceding the planting of the asparagus with a deep plowing of 35-40 cm and with the burial of mature manure. In spring, the planting of the crop takes place by planting the so-called “legs” (underground stems) at a distance on the row of 25-30 cm from each other. The furrow is closed and, up to the third year, the necessary fertilizations, interventions for weed control and pesticide treatments are carried out. In the month of February of the third year, heaps begin to form on which, before the birth of the asparagus, a black plastic film (mulch) will be spread both to block solar radiation and obtain white shoots, and to control weeds. Harvesting of vegetables is possible from the 3rd to the 8th year and lasts about 60-80 days and takes place using a special knife called “gouge” with which the shoot is cut. The asparagus are then tied in bunches, ready for sale. 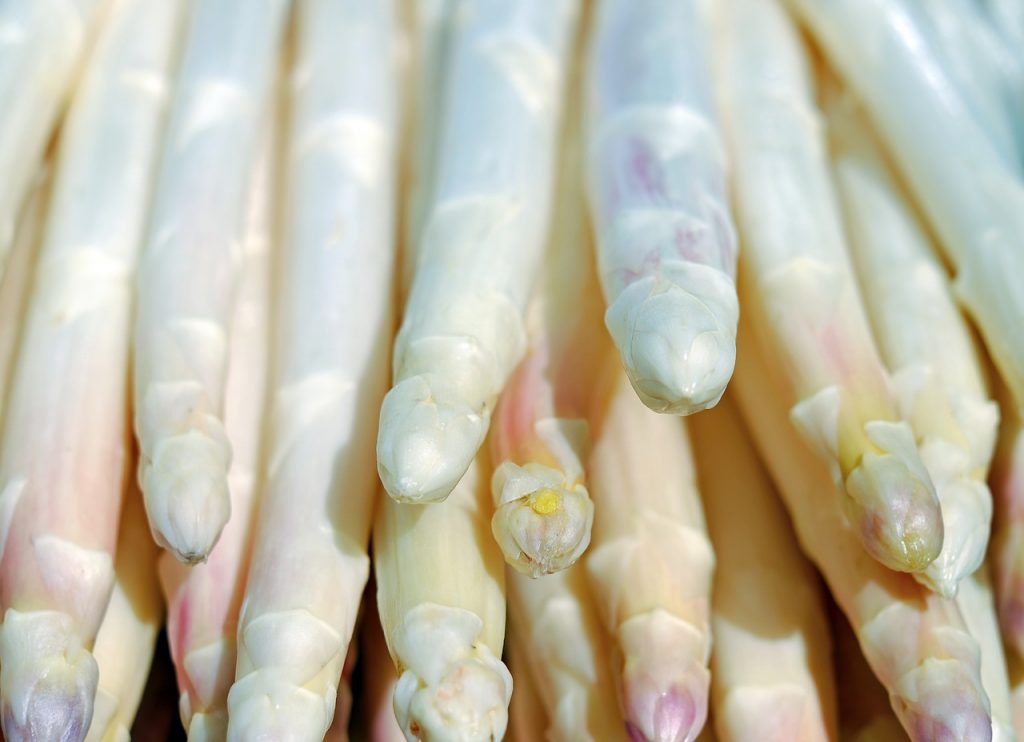