It was officially presented on May 27 in Tarzo, at the auditorium of Banca Prealpi, the Business Network, Prosecco Hills. Founded in 2017, the network immediately set itself an ambitious goal: to promote prosecco as a territory and a unique tourist destination in the world.
The president of the Prosecco Hills Network, Federico Capraro, opened his speech by thanking first of all those who made possible the birth of the network, first of all the Veneto Region, in the figure of Councilor Caner, who believed and invested in the project: ” The Region has created an opportunity that companies have seized and transformed into a network for the destination of the Prosecco hills, Prosecco Hills as they call us and identify the mainly foreign tourists we host. Tourists who seek and find authentic experiences to experience the territory and discover its excellence. We are ready now – continues Capraro – to invest in communicating the value of our hills ”.
In fact, born in 2017 to meet the needs of travelers who increasingly want to experience the Prosecco Superiore hills, today the network includes 20 tourism companies, united in the aim of making Prosecco the true identifying element of this hilly area that is unique in the world.
“A promotion path that UNPLI Treviso began 24 years ago with the Primavera del Prosecco Superiore – explained Giovanni Follador, president of UNPLI Treviso – and with the many events that we have been organizing for 16 years in collaboration with local companies. For this reason, when the Veneto Region wanted to promote the creation of business networks, UNPLI promoted the initiative, thanks to our extensive experience in the tourism sector and thanks to the support of the companies that took up the challenge.
Nicola Commazzetto, Prosecco Hills network manager, then presented the 20 companies that are now members of Prosecco Hills, underlining how “… this dynamic and effervescent scenario needs to build an identity, overcoming all individualisms in order to bring out the tourist product “Hills of Prosecco”. “The first results: collaboration, comparison and aggregation have been achieved, important investments are already available to the network and to the individual companies that want to join this project”.
“We must understand – continued Federico Caner, Councilor for Tourism of the Veneto Region – how these European funds co-financed by the Region are a real multiplier of opportunities that must not be missed. Because the Veneto is certainly a primary destination for tourism but it is necessary to know how to constantly innovate by managing to communicate it to the tourist. For this reason, the Veneto Region will soon launch a new call, which will be released by September 2019, expressly dedicated to the marketing of products, which will make available 2.5 million euros. A call to tender which will be followed by a second one, in 2020, with a further investment of 2.5 million euros. A request that as a Region we have made to the European Union, precisely to support the great work done by the Business Networks which now deserves to be adequately promoted also abroad “.
An example of this commitment is the www.visitproseccohills.it portal, presented today after more than a year of work. A project created on the basis of a survey conducted by the Trentino School of Management which analyzed tourism in the area by focusing research above all on the real needs expressed by the tourist. From this analysis, a tool at the service of the public has taken shape which in the portal, created by Kumbe in collaboration with the Prosecco Hills network, will find all the information on the territory, events and accommodation facilities but which will offer tourists the opportunity to discover many experiential proposals, divided by themes and easily bookable online directly from the same site.
A possibility given by the very structure of the Prosecco Hills network, which includes 20 heterogeneous companies, both in terms of size and area of ​​expertise: hotels, restaurants and tour operators, but also MTB and Vespas renters, artisans and shops of 0 km products that they want to give a concrete answer to the needs of their guests, national and international.
“We were able to give shape to an ambitious idea – continued Federico Capraro – by creating a real” destination portal “that is useful, easy to use and very captivating, thanks also to the collaboration with the photographer Francesco Galifi, the famous national signature of the photography, whose images are able to capture, better than any word, the true essence of our lands “.

“Our Region still offers many opportunities for development – concluded Councilor Caner – but we must know how to do it with intelligence. The figures tell us: after years of growth in tourism in the Region with average values ​​of + 3%, 2018 marked + 0.2%, a physiological and completely natural contraction. But the attractiveness of the Prosecco Hills has led the province of Treviso to register a + 6.5% attendance, a sign that slow, green tourism linked to food and wine meets the needs of the public. Now the challenge is to raise the bar, with new and quality proposals, capable of attracting a tourist with a greater spending capacity to increase the competitiveness of our territory at an international level “. 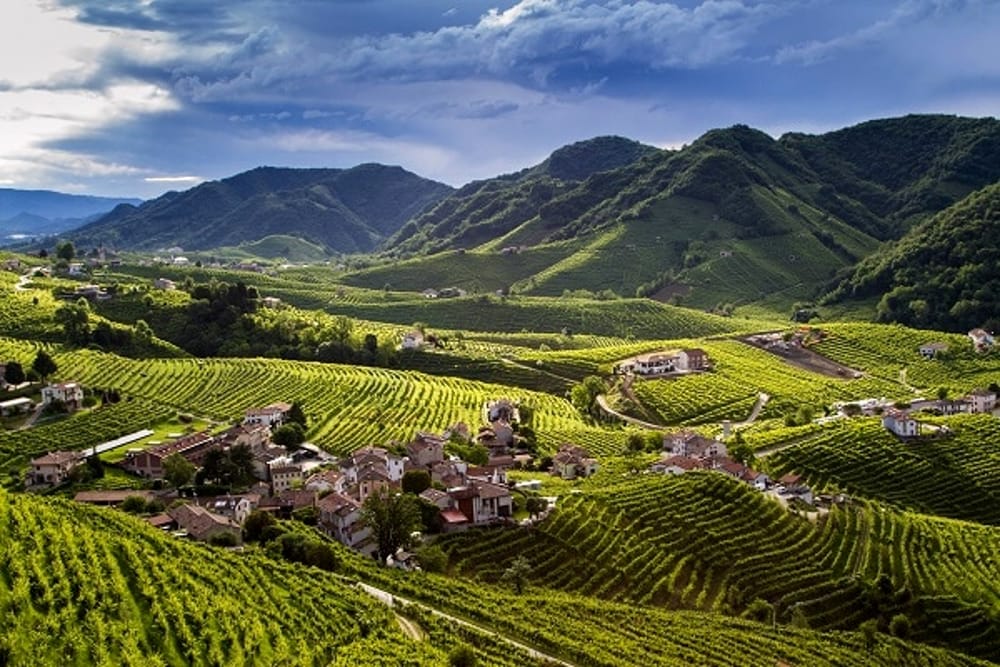