Veneto – The Land of Venice: Veneto and Venice inseparable promotional combination of the entire Region

The tourism brand in Veneto gets a makeover and changes its motto.

The President of the Veneto Region presented on Monday 12 February at the BIT, the Milan International Tourism Exchange, during a press conference moderated by the Director of RMC News Claudio Micalizio, which was attended by the Councilor for Tourism of the Veneto Region, the Coordinator of the Master in Tourism of SDA Bocconi Prof. Magda Antonioli, and the President of H-Farm Riccardo Donadon, the new territorial promotion brand of the Region: the graphic layout remains the same, the motto changes with “Veneto – The Land of Venice ”which replaces“ between the earth and the sky ”.

“It is the trademark of the Veneto holding, – said President Zaia – that is, of the whole of the sectors and excellence of our land, from tourism to food and wine, from artisanal to agricultural production, but it is also, through the evocation of Venice, an effective geolocation tool for the entire region and its various and different components of the offer, tourism and otherwise ”.

“Veneto is a much less known geographical reference than Venice – explained the governor – and therefore it is an almost obvious operation to start from the lagoon city to favor the identification, knowledge and therefore also the promotion of our entire wealth of proposals ranging from Lake Garda to spas, from beaches to hills, from the Dolomites to cities of art. If our goal is to spread the image of a Veneto capable of offering multiple forms of hospitality around the world, let’s say that we aim with this new claim, rather than to reassure the faithful, to evangelize the infidels “.

The Governor addressed the operators, underlining that “the true internationalization of our territories is due to them” but that it is now essential to relaunch this action, pooling resources and ideas from private entrepreneurs and public operators, also networking to respond to the growing demand for emotional tourism, to increase the competitiveness of Veneto: “and we have not limited ourselves to making catalogs, we have made laws to allow the creation of new opportunities such as glamping, tree houses, etc.”.

“One of the historical challenges of Venice is to relate in a logic of mutual benefit with its hinterland – said the Regional Tourism Councilor – and the new motto is the perfect synthesis of this objective: Venice, an exclusive city, becomes a symbol of inclusion. of Veneto, a valuable driving force behind the promotion of the various segments that make up our multifaceted tourism sector “.

“We must not have any hesitation, for example, in defining the Dolomites as the mountains of Venice – added the Councilor -, not only for a factor of geographical proximity, but also because there really is the possibility of integrating the city’s offer with that of the mountains and other Venetian tourist segments, with the aim also of extending the periods of stay of our guests “. 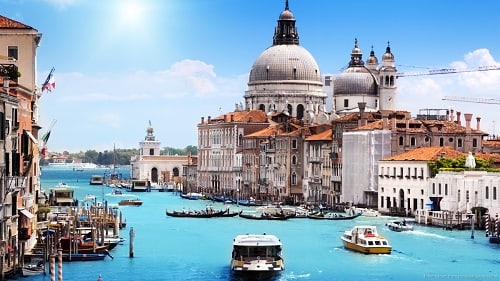