The Consortium was established in Montagnana in 1971. For COVID the 2021 production will drop by 11.5%, while the 2020 losses in value have been -30%. Good news instead from the EU, while the ham festival this summer will be itinerant.

Attilio Fontana, historic ham producer from the Berico-Euganean area in Montagnana (PD), returned last year, precisely from June 24th, therefore in full COVID, to become President of the Veneto PDO Ham Consortium. Just to celebrate the 50th anniversary of its constitution, which took place in Montagnana on June 10, 1971. Perhaps this is also why he is not lacking in enthusiasm, despite the fact that the pandemic has created considerable problems for this renowned production with European Indication. “Yes, in 2020 we lost almost 30% (29.7%) in value. A third is a lot of money, so much so that this year we produced 11.5% less hams. These are now maturing. But next year – he specifies – they will not fail, they will be offset by those unsold this year. But many other positive news are on the way… “.

The President Attilio Fontana has released exclusively to VenetoAgricolturaChannel (the multimedia information channel of the regional agency), which continues its project of in-depth study and knowledge of the PDO and PGI productions of Veneto, the excellences of quality agri-food.

Therefore, on the social media profiles of Veneto Agricoltura (link: https://youtu.be/tLhS9KA8evQ), Prosciutto Veneto DOP is on the scene, the production area of ​​which includes 15 municipalities along the southern border of the provinces of Padua, Vicenza and Verona. An “ancient” cured meat, its origins date back to the Celtic custom of preserving meat with salt, which was subsequently refined in Roman times. After the unification of Italy, Venetian ham evolved into a raw, less salty product, receiving significant awards.

Here, less salty. This is one of the novelties to which President Fontana referred.

The new specification of the PDO which, reminds VenetoAgricolturaChannel, is in the process of being approved by the European Union, further lowers the percentage of salt used during processing. However, over the last 15 years, its use has dropped by -20%. Producing a quality raw ham is not easy, also because the customer’s tastes change, the President specifies. A lot of work has to be done, for example, on the diets of pigs which for the Veneto pig must be born, reared and slaughtered in the regions of Veneto, Lombardy, Emilia-Romagna, Lazio and Umbria. This “menu” then gives the PDO meat the particular organoleptic and morphological characteristics that we know and appreciate.

But the workmanship also has its weight. It provides that the thighs used, after a preliminary massage, are sprinkled with salt, less and less as mentioned and exclusively marine, to be removed within 10-15 days. Then begins the seasoning period, which is essential to achieve the required quality standards. And here the particular geographical position of the Euganean-Berlian area, the cradle of this PDO, counts a lot. Seasoning, and it is the second novelty of the future disciplinary, explains the President of the PDO, which will rise from 12 to 14 months minimum, but can be raised to 18 or 24 to enhance its aroma and flavor.

The latest news concerns the city of Montagnana, concludes Attilio Fontana. We come from two hard springs for the pandemic. So last year we could not offer our historic “Montagnana in festa – Veneto PDO ham”, which was held just in these days. However, we do not want to miss the 2021 appointment. And during the summer to properly celebrate our 50th anniversary – he confides during the interview -, we will take the Veneto PDO ham “on tour” through the cities and seaside and mountain resorts of the region. “The program will be defined shortly, and it will certainly be a success…”. 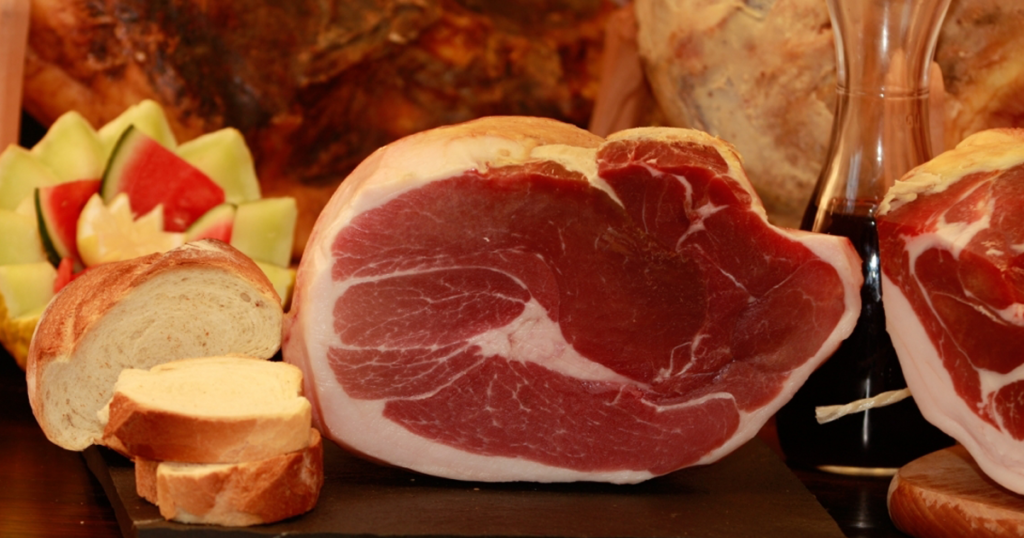