On Sunday 11 July TREVISO IN ROSA is back, the great event dedicated to all women, which in 2019 reached 18,000 participants, becoming the most popular run exclusively for women in Italy.

Sponsored by LILT, the Italian League for the fight against cancer, TREVISO IN ROSA has always combined sport, fun and solidarity. Furthermore, this year, returning to the streets after the cancellation of the 2020 edition due to the pandemic, TREVISO IN ROSA will also be preceded by a new event: “The strength returns to the catwalk”, a fashion show that will see women as protagonists who have faced and treated breast cancer.

ABOUT TREVISO IN ROSA

Treviso in rosa was born on the initiative of two sports clubs, Trevisatletica and Asd Corritreviso, which on 17 May 2015 organized a running event, exclusively dedicated to women, on the occasion of the passage through the city of the Corsa Rosa par excellence, the Giro d’Italia. .

The first edition of Treviso in rosa was set up in less than a month and was immediately a success. So much so that since then Treviso in pink has become the fixed appointment every spring.

Treviso in pink is not a competition: it is a great party, dedicated to all women, who for one Sunday a year take possession of the heart of the city, coloring it with smiles, joy and the desire to be together. The start takes place in the large Piazzale Burchiellati, near the ancient city walls, and the race unfolds over a 6.5 km track that touches the most evocative corners of the historic center.

Treviso in rosa is open to all women: you do not need a medical certificate or a sports card to participate. Every woman can interpret Treviso in pink in absolute freedom: running or walking. Keeping an eye on the stopwatch, the sportiest ones, or simply letting yourself be conquered by the beauty of one of the most beautiful cities in Italy.

The next edition of Treviso in pink – the seventh – will take place on 11 July 2021. Among the partners, once again this year, there will be the Treviso section of LILT, the Italian League for the fight against cancer, which, in occasion, will carry out initiatives to educate on prevention and promote correct lifestyles.

The big day in Treviso in pink will also be preceded, on the evening of Saturday 10 July, by the event “The strength returns to the catwalk”, a fashion show featuring women who have faced and treated breast cancer as protagonists. Treviso in pink is a universe in motion, all female. 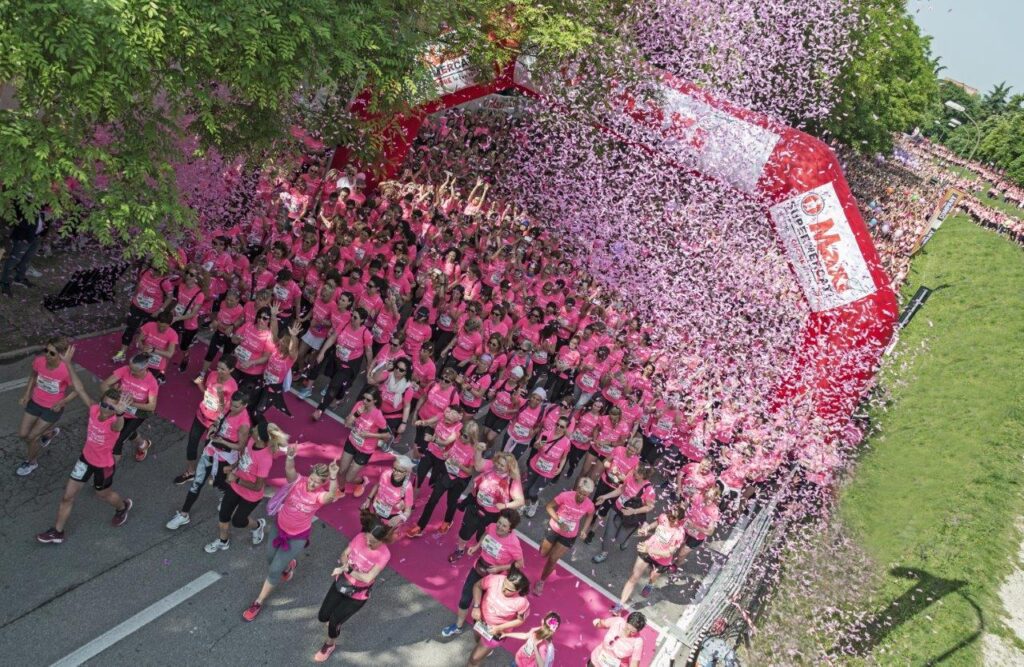