The Storga Park: the wood below the house

8 APRIL 2015 ARTICLES | RELEASES The Storga Park: the wood below the house Parco della Storga, in via Cal di Breda in Treviso The Storga Park: the wood below the house PARK OF THE RISORGIVE DELLA STORGA The Storga Park is intended to be part of the tradition and experience of the great urban parks of the European tradition, characterized by areas with multiple purposes. The Storga Park is located between the towns of Treviso and Carbonera. It is a protected area of ​​67 hectares where hunting and fishing are prohibited, the land of which is the property of the provincial administration. The Park consists of reforested areas, closed fields, an artificial pond surrounded by reeds, perimeter hedges, but, above all, by the springs of the Storga river immersed in a still natural environment of riparian groves (Alnus aglutinosus and Salix alba) and springs. . Within the boundaries of the Park it is possible to visit the “Piavone case ethnographic museum”, where folkloristic objects and utensils of rural Veneto are collected and exhibited to the public. A nature trail winds through the park allowing a walk that touches the most interesting points. The park preserves a fairly interesting fauna at the provincial level, considering that the distance from the walls of Treviso is no more than 2 kilometers. Among the mammals, Miller’s shrew, squirrel, fox, weasel and beech marten have been observed. Over the years, more in-depth studies have been carried out on the birds present, reaching a census of over 110 species; the nesting birds include: Sparrowhawk, Allocco, Greater Spotted Woodpecker, Green Woodpecker, Wryneck, Nightingale, Black Redstart, Beccamoschino, Greenish Reed Warbler, Canapino, Small Luì, Golden Oriole and Chaffinch; among the winterers there is a notable number of thrushes (Redwing, Tordo bottaccio and Cesena), finches (Fringuello, Peppola, Bullfinch, Frosone) and Migliarini di palude. Among the Amphibians and the Reptiles, on the other hand, there are the Dotted Newt, the Lataste Frog and the European Marsh Turtle. Finally, as regards the fish fauna, the presence of Brown trout, Sanguinerola, Spinarello and Scazzone, but, above all, of the Crayfish (Austropotamobius pallipes italicus) is noteworthy. Another peculiarity and distinctive element of the Park is the presence of some examples of that singular hydrological system known as “resurgences”, ie areas in which, due to the presence of deep impermeable layers, the waters rise to the surface, creating unique ecological systems. Due to the characteristics of continuity of the flow throughout the year compared to other torrential watercourses that plow the Treviso plain and the constant temperature of the water throughout the seasons, the vegetation here is specialized, peculiar and of great value. This happens in very limited areas. If we think, in fact, that outside the springs or water courses the humidity conditions can vary even abruptly, we will have, consequently, that in a few meters there may be environmental conditions such as to determine the richness and variability of plant species present. In these restricted areas, the aquatic vegetation (with the roots immersed in the water), the marshy vegetation (constancy and variability of the presence of water) and the riparian vegetation (at the edge of waterways and ponds) are distinguished from the mode of arrangement of the typical plant species. La Storga and the Rio Piavon La Storga is a left tributary of the Sile river, the sources are north-east of Treviso in the Sant’Artemio area; the Piavone houses take their name from the Rio Piavon, the river was born at the height of the Ethnographic Museum and flows into the sources of the Storga. Most of the rivers of the Marca are fed by springs or spring springs; the underground waters coming from the mountains, when they meet layers of impermeable sediments in the subsoil, emerge and give rise to the springs. The springs are characterized by a continuous flow and by a temperature that oscillates between 10 ° and 14 °. Structures in the Park The Piavone Houses, located within the Storga River Natural Park on the northern outskirts of Treviso, were used as the headquarters of the Provincial Ethnographic Museum and the Trevigiano Folklore Group at the behest of the Province of Treviso. The purpose of this structure is to keep alive the interest in those ancient crafts and agricultural traditions that today have become increasingly rare or even disappeared. Within the Park there are other important initiatives of the Province of Treviso: – the Provincial Center for the Recovery of Wild Fauna, which plays a decisive role in safeguarding the territory and in the care and rehabilitation of animals found; – the Case Piavone Ethnographic Museum, which houses the Trevigiano Folklore Group and is periodically home to exhibitions, meetings and seminars on tradition volume_upcontent_copysharestar_borderand the Treviso and Veneto culture. The building is housed in an old farmhouse. 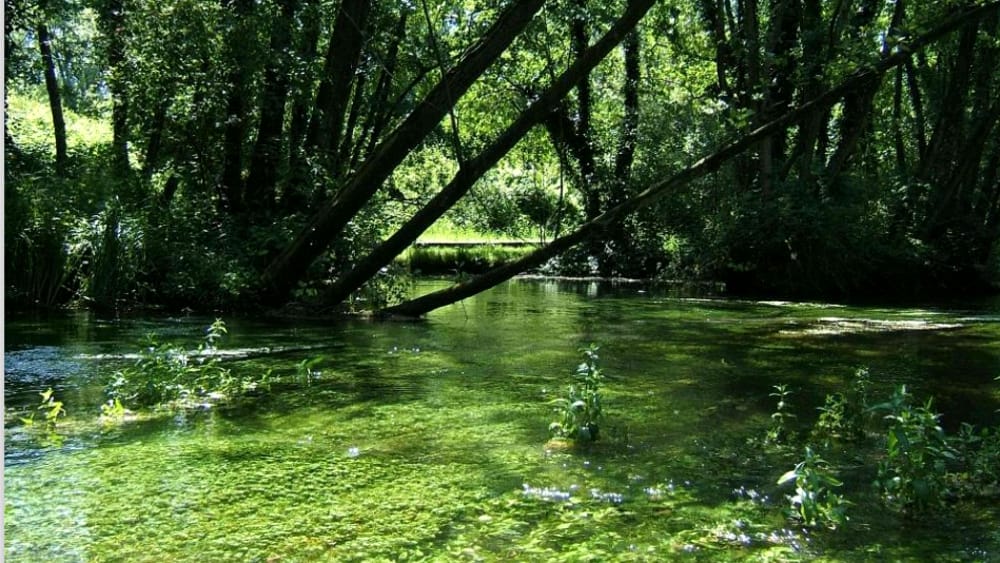