Encourage the economic development of the area, enhance agricultural production, promote modern entrepreneurship focused on food and wine tourism.
These are just some of the objectives of the newly created “Strada dei Marroni IGP and dei Sapori dei Colli Trevigiani”, officially established on the evening of Monday 9 December, at the Notary’s Office of S. Costantino and A. Favarato in Conegliano (TV).

All realities of reference for the territory on which the Road insists, which have decided to join to give life to a voluntary and non-profit association, whose purpose is the affirmation of historical, cultural, environmental, economic identity and social area of ​​the Trevigiani Hills.

The new road will start from Asolo, will pass at the foot of Monte Grappa and then cross Monfenera, Cesen and arrive at Vittoriese; an equipped path along which the visitor will be guided by indications on tourist and environmental destinations, chestnut groves, B & Bs, farms and all that the territory offers.

Encouraging, enhancing and advertising the territory, promoting local productions in all aspects, will in fact be the first commitment of the “Route of IGP Marroni and Flavors of the Treviso Hills”.

An important goal that will be achieved only thanks to the commitment of all the players in the area who want to join the project, first of all local producers, catering and tourism activities, artisan and commercial enterprises, protection and promotion consortia. tourism, trade associations, schools and any reality that intends to be an active part in the promotion of the Trevigiani Hills.

An ambitious path, whose first and most important step, is finally completed. 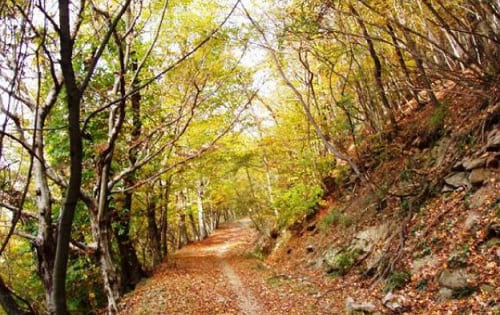