Chiara Truccolo on the right with her friend Dilva.Gaiotto
WITHOUT KNOWING HOW TO SWIM AND ONLY 11 YEARS OLD

Chiara Truccolo never learned to swim in her life. Despite this, she, at the age of 11, together with her best friend Dilva Gaiotto, in 1945 she rolled up her hands by inventing an activity that then allowed her to help the meager family budget. Chiara and Dilva were the ferrymen who operated on the Piave river.

The war had just ended and those who, on foot, by bicycle or with some rare motorcycle, wanted to cross the Sacro alla Patria river, getting into their boat could be on the right bank in a few minutes, saving a long ride upstream to Susegana or downstream. in Ponte di Piave. “

STANDING AT 5.30 IN THE MORNING

I got up at 5:30 and started to ferry around 6 or when it was light, depending on the season. We were always two to steer the ferry that carried four to five people at a time. To reach the other shore it took about five minutes if “La Piave” was not in flood; otherwise it took ten, fifteen minutes. ” The boat was pushed by the two teenagers with a long stick that at the top had a weight that was used to make it arrive immediately on the gravelly bottom, then by force of arms it was pushed by the girls to the other shore. They continued like this throughout the day, back and forth: “

The passage cost from 5 to 25 lire depending on how impetuous the river was- Remember the gritty lady who recently completed 86 springs- I was able to earn from 50 to 100 lire a day; a small fortune considering I was only 11 years old. In those days, with one hundred lire I was able to do a nice shopping at the “casein”: salt, sugar, oil. I supported my family in this way ”Chiara’s father was called to arms in 1940 together with his brother Costante. Only the women were left at home and as she demonstrated, with the courage and determination that only hunger and desperation can feed Chiara, she did not lose heart.

A TRUE EXAMPLE FOR YOUNG GENERATIONS

A true example for the new generations .: We never knew anything about the uncle again. Missing in Russia – Chiara tells with a firm voice – The best day of my life was when I went to pick up my dad from beyond the Piave. dad was in Carbonera and was arriving on foot. We all got up; uncles cousins, mother to run to meet him at dawn. Who with the bicycle who with the horse. I crossed La Piave and arrived first of all. When dad saw me he burst into tears. I jumped off the boat and hugged him tightly, also in tears. What are you doing? He asked me referring to the boat. I told him everything and then off, home with swollen eyes. He was my hero returning from the war. Then the party, for the pope’s return home, with the whole town celebrating it. ” A story that seems to get lost in the mists of time and that makes us reflect on how hard the life could be that forged our ancestors who faced difficulties head on without ifs and buts with an enviable spirit and a fortitude that still today leaves us speechless. (Photo and text Pio Dal Cin – reproduction prohibited) 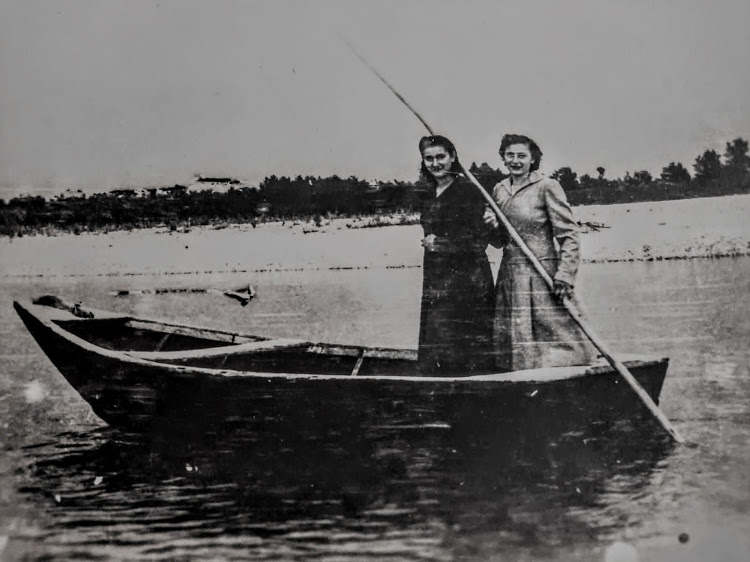