The Montello Rosso or Montello DOCG

The Montello Rosso or Montello DOCG. The ruby-colored excellence of the Montello-Colli Asolani area of ​​which it assumes and communicates the characteristics and value.
In addition to the ‘Asolo Prosecco Superiore DOCG’, which boasts the denomination guaranteed since 2009, the Montello-Colli Asolani area also boasts another small, high-quality indigenous wine production: the ‘Montello Rosso’ or ‘Montello’, DOCG starting from the 2011 harvest.
Obtaining the DOCG for ‘Montello’ is the new achievement for the wine sector. This wine, which could be classified as Bordolese, actually assumes and fully communicates the characteristics and value of the production area of ​​Montello and the Asolo hills. The purpose of having a DOCG with these vines is precisely to offer wines of great quality on the market, with the aim of giving greater importance and territorial identification to this red wine which is based on international vines that are however grown in Veneto. for more than 60 years.
TERROIR. On the clayey hills of Montello, the climate is dry in summer and rigid in winter and the steep slopes (the vineyards are well exposed and located on hilly or foothills) and the particular arrangement of the land (whose acidic nature facilitates the plant the absorption of microelements) make the vine one of the few crops that can survive in this environment. The vine, according to these climatic and environmental conditions, gives rise to a limited production of high quality, which is maintained thanks to the arboreal practices applied during the growing season, such as the summer thinning of the bunches, the grassing of the rows and a drastic winter pruning. The maximum yield of grapes per hectare of the ‘Montello’ in specialized cultivation does not exceed 10 tons with a planting density of not less than 3500 vines.

AMPELOGRAPHY. ‘Montello Rosso’ is the name of the red wine obtained from the Bordeaux blends of the territory which is made up of grapes, musts and wines from the vineyards of a company area according to this division: Cabernet Sauvignon from 40% to 70%, Merlot and / o Cabernet Franc and / or Carmenère from 30% to 60%. Up to a maximum of 15% can also be obtained from grapes of similarly colored berry varieties, excluding aromatics, suitable for cultivation in the province of Treviso.
TYPES. Declined in two versions, ‘Montello Rosso’ and ‘Montello Rosso Superiore’, this wine must undergo a long refinement, which starts from November 1st of the year of production of the grapes, of at least 18 months (9 months in oak barrels and 9 in the bottle) for the first type and at least 24 months (12 months in oak barrels and 6 months in the bottle) for the other. The grapes intended for the production of the “Superiore” version have a minimum alcoholic strength by volume higher than 1% vol. (12.5%) compared to that of “Montello Rosso” (11.5%).
CAPPING. To close the bottles, only the use of cork or cork derivatives is allowed.
FEATURES. With an intense ruby ​​red color tending to garnet with aging, ‘Montello’ has an intense, pleasant, ethereal vinous aroma and a dry, savory, robust and slightly spicy flavor, sometimes with hints of wood in relation to storage in barrels of oak.
PAIRINGS. The best combination for this wine is red meat, in particular also roasts of game and game, medium-aged and spicy cheeses, but also typical Venetian dishes such as the classic ‘Pasta e fasoi’, the ‘Luganega with mushrooms. ‘, or the’ Sopa coada ‘, a soup cooked in the oven with pigeons and cheese.
PRODUCTION AREA. The production area of ​​the grapes suitable for the production of ‘Montello Rosso’ or ‘Montello’ wines includes the entire territory of the municipalities of Castelcucco, Cornuda and Monfumo and part of the territory of the municipalities of: Asolo, Borso del Grappa, Caerano S. Marco , Cavaso del Tomba, Crespano del Grappa, Crocetta del Montello, Fonte, Giavera del Montello, Maser, Montebelluna, Nervesa della Battaglia, Paderno del Grappa, Pederobba, Possagno, S. Zenone degli Ezzelini and Volpago del Montello, all located in the province of Treviso.

Approved with DM 13.10.2011 G.U. 248 – 24.10.2011
Modified with DM 30.11.2011 Published on the official website of the Mipaaf
Quality and Safety Section for PDO and PGI wines
Article 1
Denomination and wines
The denomination of controlled and guaranteed origin “Montello rosso” or “Montello” is reserved for wines that meet the conditions and requirements established by these production regulations, for the following types:

The Ministry of Agricultural, Food and Forestry Policies has the right to modify the minimum limits indicated above for total acidity and the non-reducing extract by its own decree.
Article 7
Labeling and designation

Vineyards with more than 3,500 vines per hectare, set on contained espaliers, with unproductive clones and rootstocks suitable for acidic soils, with green thinning interventions capable of creating an excellent vegetative-productive balance, they are in synergy with climatic peculiarities such as slopes exposed to the sun, protected from the cold winds coming from the north, which, favoring mild autumn conditions, allow for prolonged ripening over time that attack the herbaceous and rough notes. The soils, especially where made up of leaner marls, favor in red wines the rich phenolic composition, a diversified aromatic composition and a well-calibrated sugar / acid ratio. This determines wines with a ruby ​​red color tending to garnet with aging, an intense, characteristic, pleasant aroma, tending to ethereal if aged and a dry, savory, robust, slightly spicy and harmonious flavor.
The rainfall, the hilly position of the soils favorable to the disposal of excess water and the loose nature of the soil that allows a quick subsurface infiltration, allow the vine to always have a vigor at balanced and contained levels that still manages to protect the grapes and safeguard the aromatic substances.
The particle size and conformation of the soils allows the root system to have a regular water supply, which is essential for a grape variety from which freshness, acidity and aromatic intensity are desired.
The acidic nature of these soils leads the plant to favor the absorption of a greater share of microelements than neutral soils, allowing the vine to achieve a good balance between vegetative and productive activity.
Article 10
References to the control structure
Valoritalia srl. Administrative office: Via San Gaetano, 74 – 36016 Thiene (Vicenza)
The Valoritalia Company is the Control Body authorized by the Ministry of Agricultural, Food and Forestry Policies, pursuant to Article 13 of Legislative Decree no. 61/2010 (Annex 1) which carries out the annual verification of compliance with the provisions of this specification, in accordance with Article 25, par. 1, paragraph 1, letters a) and c), and Article 26 of EC Reg. No. 607/2009, for products benefiting from the PDO, by means of a systematic control methodology throughout the entire production chain (viticulture, processing, packaging), in accordance with the aforementioned Article 25, par. 1, 2nd paragraph, letter c).
In particular, this verification is carried out in compliance with a predetermined control plan, approved by the Ministry, in compliance with the model approved by the Ministerial Decree of 2 November 2010, published in the Official Gazette no. 271 of 19-11-2010 (Annex 2). 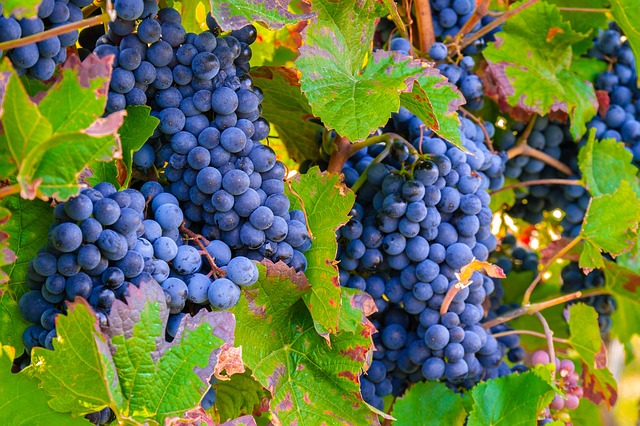