The history of the Jewish ghetto in Venice, the oldest in Europe

In Venice, a major centre of trade between East and West, the Jews arrived, according to tradition, around the beginning of the 11th century. Little by little, despite alternating permits and prohibitions to stay in the city, the Jews became a considerable nucleus in Venice.

Realising the need to organise the Jewish presence in Venice, the government of the Republic, with a decree of 29 March 1516, established that they should all live in a single area of the city, in the area where the foundries, ‘geti’ in Venetian, used to be located. It also established that they had to wear an identification sign and obliged them to manage pawnshops at rates established by the Serenissima, as well as to submit to many other onerous rules, in order to have freedom of worship and protection in case of war.

The first Jews to comply with the decree came from Central and Eastern Europe; the Ghetto was closed during the night, while Christian custodians travelled the surrounding canals by boat to prevent any nocturnal sorties: thus was born the first real ghetto in Europe.

The synagogues, or ‘Scole’, of the Venetian ghetto were built between the first half of the 1500s and the middle of the 1600s by the various ethnic groups: thus the Ashkenazi German and Cantonese Scole, the Italian Scole, and the Sephardic Levantine and Spanish Scole were born. Remaining intact over time, despite some later interventions, these synagogues testify to the value of the Venetian ghetto, whose tall houses, divided into lower than normal floors, show how much the population density had increased over the years.

In 1797, after the fall of the Serenissima, Napoleon decreed the end of segregation and the equalisation of Jews with other citizens; this became definitive with the annexation of Venice to the Kingdom of Italy.

1938, the year in which the fascist racial laws were promulgated, saw the Jews deprived of civil rights and the beginning of Nazi-fascist persecution, which in Venice led to the deportation of 246 Venetian Jews: of these only 8 returned from the extermination camps.

What was one of the first Jewish quarters in Europe, the first named ghetto, is today a lively and busy district of the city where Jewish religious and administrative institutions and five synagogues still remain, some of which can be visited thanks to the guided tours of the Jewish Museum of Venice. 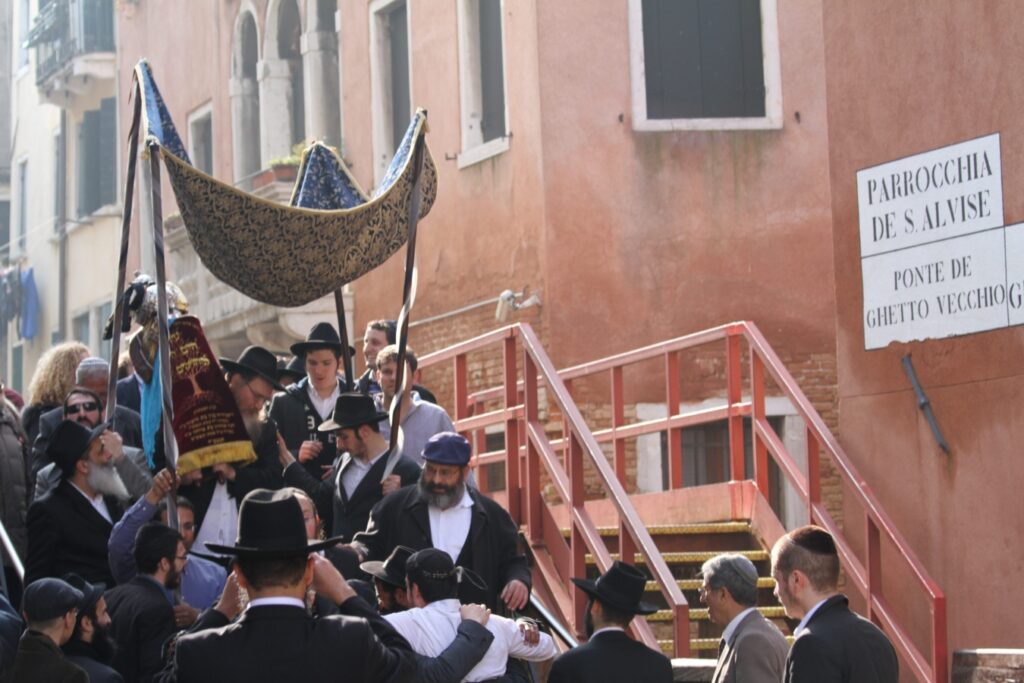