The gold of Asolo, the city of oil: twenty thousand olive trees and the DOP brand

18 DECEMBER 2017
ARTICLES
The gold of Asolo, the city of oil: twenty thousand olive trees and the DOP brand
Asolo is the first city in the province to join the national oil city association based in Monteriggioni, Siena, for the protection of extra virgin olive oil. The process for entering the new network was completed at the end of November, which lasted more than a year, preceded by obtaining the Dop Asolo extra virgin olive oil certification from the Pedemontana del Grappa, on 10 August. But also from an intense mapping work of over 20 thousand olive trees and from the careful monitoring and census of over 300 ultra-secular olive trees. Without forgetting the genetic study of the olive that led to the certification of the Asolo variety.

SPOTLIGHTS ON Characteristics that have led to turning the spotlight on the city of a hundred horizons by the national association of oil cities, which brings together municipalities, provinces, chambers of commerce, LAGs, local action groups, and parks , sites in territories where oils are produced that document an adequate olive-growing tradition connected to environmental, historical, cultural values, or that fall within a designation of origin. The association, which counts 332 public bodies nationwide, united to spread the culture of the olive tree and extra virgin olive oil but also to protect and promote the environment and the olive landscape, has decided to make synergy with Asolo .

OBJECTIVES Among the objectives that the Asolan administration will now pursue in synergy with the Association, the dissemination of the history of olive growing, but also the enhancement of the designation of origin, to guarantee the consumer. Without forgetting the promotion, through the organization of events, but also the implementation of communication and marketing strategies aimed at getting to know the Asolo olive-growing heritage. The association aims in particular to enhance the PDOs and PGIs, which have now become a real economic engine for the territories with a strong experiential tourist vocation, including Asolo is fully part of it, attracting international luxury tourism but also that for all the pockets. From Lombardy to Sicily, but also in the regions of central Italy and in the Veneto, in the provinces of Verona, Vicenza, Padua, and now also Treviso, public administrations are increasingly investing in care and conservation through the Città dell’Olio network. of ancient and typical oil mills, but also in the construction of ad hoc itineraries dedicated to the discovery of yellow gold, with guided tours of the landscape full of centuries-old olive groves and tastings.

THE NETWORK “Asolo Città dell’Olio, which joins Asolo Città del Vino – underlines Deputy Mayor Franco Dalla Rosa – a network we have joined for almost twenty years. Wine that is not only Prosecco Asolo Docg, but also our native varieties. We want to protect the environment and the landscape, protecting the biodiversity of the area and supporting eco-compatible and integrated crops, in the full spirit of the Slow City “. The Municipality: “As a city with a strong tourist vocation, we are committed to promoting ad hoc itineraries dedicated to the discovery of yellow gold – adds the councilor for Culture Gerardo Pessetto – Through guided visits to the landscape full of centuries-old olive groves and ‘extra virgin olive oil we focus more and more on food and wine tourism ».

“We focus on the protection of the territory and biodiversity”
“The city of slow tourism continues its high-speed path to make Asolo a multi-thematic tourist destination”. Mayor Mauro Migliorini, who in November was awarded at the International Slowness Awards in Jeonju, South Korea, the international forum that identifies the best slow local policies, to protect the environment and biodiversity. Asolo was awarded not only for the actions aimed at saving energy, but also for the intense activity carried out to enhance its heritage. “In addition to the mapping of forest resources, the study of local olive trees and obtaining the DOP for extra virgin olive oil – explains Migliorini – we have promoted initiatives to raise awareness among citizens on biodiversity, at the same time encouraging alternative cultures to monoculture, from walnut cherry with olive tree ». Not only. “We have introduced a ban on building new swimming pools to protect the water resource and the landscape, and we have stimulated local wineries to research and recover ancient vines, to improve the abandoned area and offer other vines in addition to glera”. Without forgetting the obtaining of the regional authorization for the widespread hotel and the organization of fairs and markets at zero km. «By joining the new network, we will promote the new sector of oil and wine tourism», Migliorini continues. “Already in the last edition of the Villa

illa d’Asolo in September, we experienced for the first time a tasting corner dedicated to zero km oil “.

“A thousand olive producers: the next record year”

“We have already started eight procedures for obtaining the Dop Asolo Extra Virgin Olive Oil certification,” explains agronomist Giovanni Alberton, who follows the Asolo farms. “Since the communication from the Ministry of Agricultural Policies and the European Commission of the recognition of PDO arrived in August, two companies have already started using the new label to sell the oil they produce, at zero km.”
New prospects for the oil market?
“The DOP certification, together with the zero km sales, will attract more and more consumers”.
Olive growers are preparing …
“Next year the production of olives and oil, after the decline this year, will return to full capacity. In fact, we have identified or the cure to prevent plant pathologies that could seize the olives, avoiding risks for production. In the municipality of Asolo alone there are about 80 olive producers. For now about twenty of these in addition to production are also involved in the sale of oil, at zero km.Most of them today sell olives to the Tapa Olearia di Cavaso, the cooperative that processes the oil, up to bottling, bringing together over 1500 producers in the area ».
The administration is also committed to promoting training courses.
“Yes, in the first months of next year we will organize a national conference, to inform growers about the mushrooms that could affect the olive trees, explaining how to intervene in a preventive way”.
The administration is already thinking about promoting other crops, in synergy with the agronomist.
«In Asolo you can also find capers, which may have reached this point even in the time of Caterina Cornaro, Queen of Cyprus. Then there are other crops that could be enhanced, such as chestnut and pomegranate which, combined with Asolo Prosecco Dop, offers a pleasant cocktail already served in Asolo restaurants “.

Among the objectives, the encouragement of the short chain, bringing the consumer into direct contact with the producer. Thus, as visits to the wine cellars are planned, the Asolo olive growers also begin to prepare to welcome tourists to the olive groves and mills, studying new immersion paths in experiential tourism.

articles by Maria Chiara Pellizzari for www.gazzettino.it of 17.12.2017 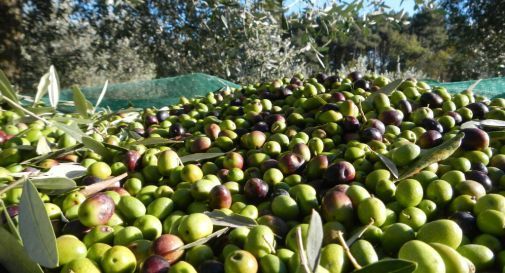