The future of wine is hybrid: Giusti Wine brings Piwi vines to Montello

JANUARY 14, 2021
ARTICLES | RELEASES
The future of wine is hybrid: Giusti Wine brings Piwi vines to Montello
In the world of cars it is an unstoppable trend, in the world of wine it is now establishing itself and Giusti Wine, in the Montello area, is among the first to believe it.
We are talking about hybrid grape varieties, or obtained by crossing vines from different varieties, produced with the aim of reducing the use of chemicals in the vineyard by up to 85%.
“Resistant hybrids are a great opportunity to make production more and more in harmony with the environment, because they have a high resistance to the most common diseases in the vineyard, first of all downy mildew and powdery mildew, generally fought with pesticides.” Says Ermenegildo Giusti, founder of Giusti Wine.
Despite having been approved for some years and registered in the National Register of Vine Varieties, today these varieties are still not very widespread.
The innovative spirit of Giusti, however, led to experiment on Montello with Merlot Korus and Sauvignon Nepis, the latter used for the production of Sant’Eustachio, the most important IGT white wine of Giusti Wine and already on the market since last year. .
“My concept of respect for the environment goes beyond organic,” he says. – Even this practice can have negative effects if it is exceeded with the use of copper and sulfur, metals that can accumulate in the soil. Experimenting with resistant vines means for me to open a new door to the future and further reduce the impact. “

The choice to cultivate resistant hybrids is not limited to the production of wine: in the new futuristic cellar, developed on 5 floors largely underground, these vines were also chosen to cover the roof that reproduces the trend of the landscape in Tenuta Ava e fa frames the belvedere.
“We did it out of respect for our visitors. – Giusti concludes. – We want them, in their experience, to feel immersed in nature as if they were in a home garden “.
Sant’Eustachio Giusti Wine is the first wine of the company to use Sauvignon Nepis blended with Chardonnay and the Incontro Manzoni, a vine closely linked to the Treviso area, obtained for the first time at the Conegliano Enological School in 1924 from prof. Luigi Manzoni. Obtained from the grapes of the Abbazia and Maria Vittoria estates, it has an intense aroma with notes of yellow pulp peach, plums and melon to then evolve into hints of broom and chamomile. Fresh taste and excellent structure, on the palate it is full and enveloping. 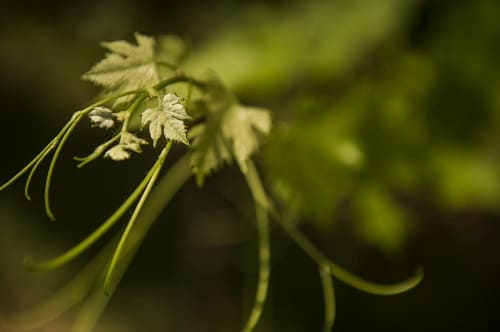