The ecological flow at Longarone Fiere: prospects for the application of European legislation

The conference entitled “Ecological runoff: prospects for the application of European legislation” organized by the BIM Piave Consortium of Belluno in collaboration with the Veneto Region was held last night in the Meeting Area – Pad. E of the Longarone exhibition center. ‘UNCEM – National Union of Municipalities and Mountain Authorities, the Province of Belluno, the Municipality of Longarone and Longarone Fiere Dolomiti.

The meeting was based on the important objective of the European Water Framework Directive: “To prevent the deterioration of the state of all surface water bodies, protect, improve and restore them, protect and improve all artificial and heavily modified water bodies, in order to achieve a good state of surface waters “.

To pursue this goal with the “Plan for the protection of European water resources”, the concept of ecological runoff was introduced in 2012, a parameter that refers to the “volume of water necessary for an aquatic ecosystem to continue to thrive and to provide the necessary services. “.

Starting from 2022, the ecological flow will therefore be the reference parameter for determining the flow rates that can be derived from the concessionaires.

What will be the consequences of applying the new legislation for the Piave basin?

The Councilor for the Environment of the Veneto Region, Giampaolo Bottacin, criticized: “with the new European legislation, from our simulations as well as from the simulations of all the bodies that deal with water such as Enel and reclamation consortia, it was found that there would be no for most of the year the water in our lakes with devastating consequences. This is why we approved a Council Resolution, in agreement with the Basin Authority as the body that enforces this legislation, with the possibility of derogating “.

The Bim Piave Consortium of Belluno strongly wanted this conference. In fact, the President Marco Staunovo Polacco explains that “this is an opportunity to inform the mayors of the province of Belluno and the interested trade associations of a situation that will soon be a reality. The ecological runoff regime will come into effect from 1 January 2022. A modification on the granting of water derivation concessions following a European directive. The conference is dedicated in particular to the impacts it may have on the emptying of mountain lakes, on agriculture in the plains and on hydroelectric derivations “.

Even Pierluigi Svaluto Ferro, president of the Assembly of Federbim – National Federation of Consortia of the Mountain catchment area – is concerned about the rigorous application of this European legislation, because he does not take into consideration the fact that it could have important negative implications for the mountains. and its economy: “it is necessary to reason with the model of river contracts within which the criticalities of ecosystems are evaluated together with all the stakeholders”.

After the technical interventions also by prof. emeritus Luigi D’Alpaos, of the General Manager of ARPAV, Loris Tomiato and Stefano Savio for ENEL Green Power and available on the online channel of Longarone Fiere Dolomiti – fully here www.youtube.com/watch?v=wMOENt7P6u0 – the conference closed l ‘speech by the President of UNCEM, Marco Bussone who is keen to highlight how we are already in the midst of an ecological transition and “any rule that is added cannot undermine that ability to see the future that we already have”.

For three years now, the theme of the environment has become fundamental for Longarone Fiere Dolomiti, as have the major themes and a European design dimension linked to the mountains. This was underlined by the President Gian Angelo Bellati together with the partnership of the new Europe Direct Montagna Veneta center, present with a permanent stand at the Fair. Furthermore, “we all know the importance of the environment, even in Europe. The Green Deal, this great goal of 2050 of a Europe without carbon dioxide, is a bit of the path that we must follow. We will deal with this issue in practically all of our events, including in the context of the next Re-Building (19-20 and 25-26-27 February 2022) which, as usual, will open the calendar for the new fair year “. 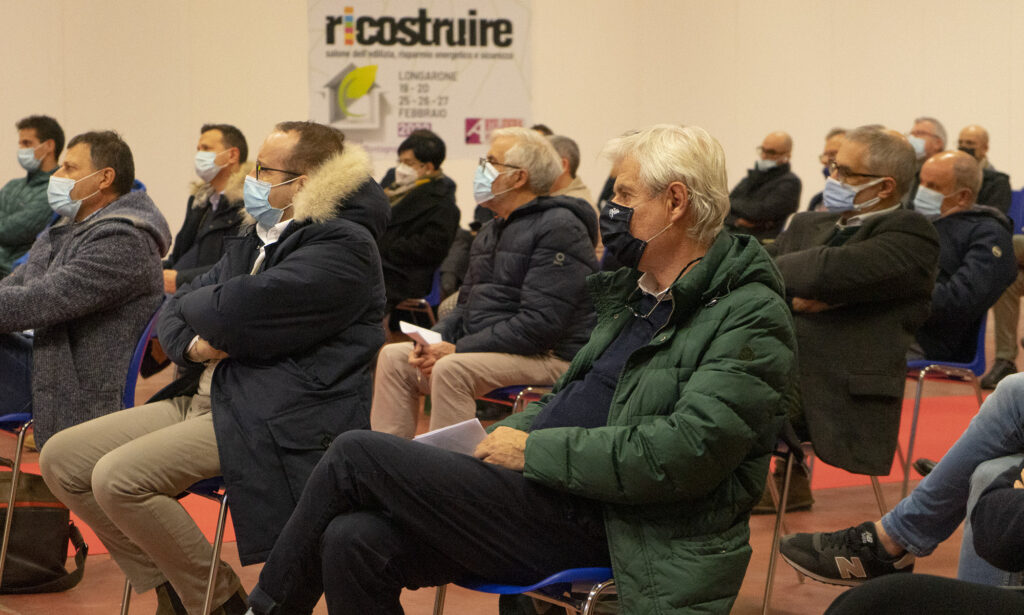