The origins of this monastery have their roots in the distant Middle Ages.

Baldwin, dean of the Chapter of the church of Belluno, with the consent of the bishop of Feltre, on May 13, 1212, from a donation to Donna ACEGA of Belluno, the church of SS. Gervasio and Protasio with all the land and related circuit and related rights and this for the consideration of a pound of incense to the Cathedral on the feast of St. Martin.

At the time I was collaborating with the Vittorio Veneto weekly “L’Azione” and the director of the time, Don Giovanni Dan, asked me to do a photo shoot on the cloistered nuns of San Giacomo di Veglia. I accepted with enthusiasm because I knew how difficult it was just to enter a cloistered convent, especially how difficult and complicated it was to take photographs in that place. The consent was prepared for me by the then Bishop of Vittorio Veneto Mons. Ravignani. When I entered, there was a sense of peace and serenity that enveloped all things, a pleasant silence interrupted only by the singing of some blackbird or nightingale, or by the quick steps of some sister who was hurrying. It felt like a wonderful leap into the past. After having obtained the consent of the sister in charge, I wandered around the convent taking unforgettable photos for me that I share publicly today. I have never published them, outside of the “Action” out of a deep sense of respect for these sisters. I do it today, sure that, more than thirty years after I made them, these photos, taken with extreme respect and human admiration, will not bother any of the nuns portrayed here. (photo and text by Pio Dal Cin)

Delle Abradesse, the first known name is that of Donna Benedetta (1268-1272). Among the Commendatory Abbots, the monastery also had S.CARLO BORROMEO as its regular superior. There were various calamities that the convent had to suffer through the centuries. In 1493, a fire almost completely destroyed it. In 1509, Maximilian of Austria, entering the victor in Belluno, imposed strong war contributions on the monastery that had to be begged to escape the danger of looting. In 1510, during a great famine that struck the Belluno area, the nuns deprived themselves of the necessary sustenance to help the needy and hungry. With the suppression of religious orders (1810), our monastery also suffered the same fate, but for a few years. While before the suppression, the nuns were twenty-nine, in 1810, the year of the resumption, they reached the number of fifty, between professed and novices, with over twenty boarders. Thanks to the interest of the Rev. Mons. Benedetti, it was possible to glimpse some new possible headquarters, in S. Giacomo di Veglia, two barchesse owned by the CONTI CAVE of Venice that had been put up for auction. A very unexpected bequest arrived from the sister of a monsignor, who was dying in Belluno; the exact sum for the purchase and for a first adaptation of the building to a monastery. Sad was the feast of St. Clare in that distant 1909! With due diligence, M. Abbess, Donna Giovanna RENIER, transferred her nuns to the present seat of S. Giacomo di Veglia. After seven centuries of stay, our nuns left Belluno. On the same day they were welcomed, in S. Giacomo vigil by the people in celebration. That evening the bells rang out to greet the unusual event. After so many painful events, monastic life resumed with its usual rhythm, serenely marked in the HOUR and LABORA of every day. A few years after the successful recovery, the First World War also involved the peaceful Cistercian monastery in its vortex. With the defeat of Caporetto, the invaders settled in our house. They occupied an entire annex of the monastery, but for visible divine protection, they never harassed the nuns. In the last days of the conflict, aerial combat took place right above the monastery. A single incendiary bomb fell into the attic and merely scorched a small wood storage. Upon retreat, no damage! Only the vanquished, connoisseurs of works of art, made a clean sweep of all the paintings, antiques and fine linens. In 1905-1945 the nuns repeated the terrible experience. This time the enemy used the monastery only as a depot for transport trucks. On the last day of the resistance, a column of SS arrived in the village where the partisans had settled. Germans. From above, the Italian planes supervised the operations. The population of S. Giacomo was displaced. The nuns remained alone and defenseless, but animated by a great trust in God. The battle was waged right near the monastery. “On our heads – reports a nun – the balls of the German guns crossed with those of the partisans. And the Italian planes bombed … .. From the neighboring hills there were those who followed the stages of the fight and said: – The nuns will all be dead! – “A Franciscan Father from Vittorio Veneto, as soon as he could move, wanted to make a statement. And he came to the monastery. He found the nuns frightened, but all safe. The building got away with some broken glass! So great was the protection of Heaven this time too! There is a strong understanding between the parish community and the monastic community. 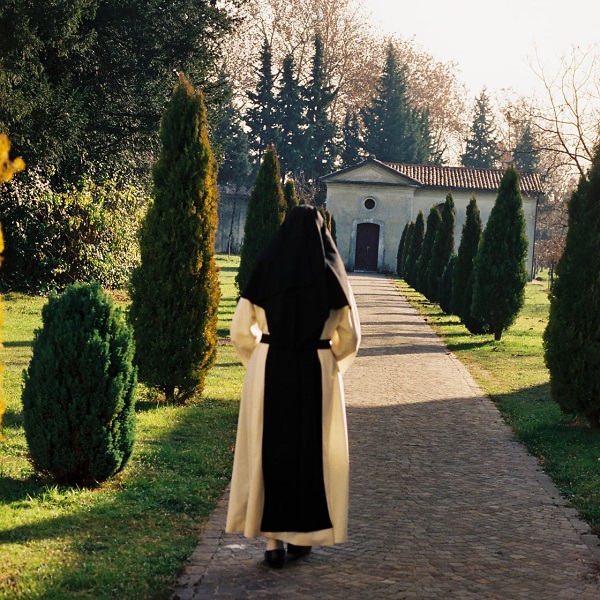