All together, to say no to violence against women. All together, with the red T-shirt, to symbolize a decisive, convinced and unanimous event in which it was not important to run faster, to finish first, but to do something concrete to combat gender violence. This morning, Sunday 25 September, at 10.00 from the Levante beach, near the Sanctuary of the Madonna dell’Angelo, the start for hundreds of participants who have chosen to be part of this solidarity project for women. This, and much more, is the # Caorle4women who, in its “run” version, inaugurated an initiative that has grown into “# Caorle4women: run, read, create”, with three appointments on 25 September, 25 October and on November 25th. Applause for Katia Aere, Friulian champion from Spilimbergo, bronze (online) at the Tokyo Paralympics and two bronzes (road and time trial) at the world championships in 2021, to demonstrate how much willpower is important to face the difficulties that life poses for you front. “I immediately accepted the invitation to be present at this event, because I feel particularly involved in the combination of sport and women – said the champion – even more so for the cause of no to violence against women. I believe that sport has a duty to represent the best values ​​of our society and that through sport we can bring a powerful and positive message that can reach more people. Saying no to gender-based violence is fundamental ”. Also present were the pupils of the Enrico Fermi secondary school of Caorle accompanied by their teachers.
Today a walk or run (depending on the training) of 4 or 10 kilometers. No stopwatch to check. But many emotions, step by step, for the participants. “It is important to be here today, we strongly want to say no to violence against women – commented Maria – I have a son and I am also here to show that we must educate our children from an early age too. Respecting women means respecting society as a whole ”. “I could not miss this initiative – added Paola – we must all do more to eradicate this social scourge which is violence against women. I will also participate in the other event open to citizenship, that of November 25, to make my closeness felt to all those women who have suffered violence and mistreatment. We must tell them that they are not alone and that solidarity, especially women, is very strong and heartfelt ”.
The event sees a synergy of subjects and associations united in this race of great value, from the Municipality of Caorle and the “Caorle City of Sport” Foundation to the Anti-Violence Centers of the Telefono Rosa Association of Treviso ONLUS and the Center of Listening for Gender Violence Città Gentili di Portogruaro, as well as ASD Tri Veneto Run (technical support) and USacli. The collaboration and support of Olimpicaorle and the Carabinieri on leave is fundamental. The “Caorle4women: corri” wants to support and give continuity to the educational school project, by the C.A.V. of Treviso and Portogruaro entitled: “Between the cry and the silence we choose emotional literacy”. A way to combat gender-based violence starting from the new generations.
“We are satisfied for the success of the event – commented the Councilor for Sport, Mattia Munerotto and the Councilor for Social Services Katiuscia Doretto, at the end of the non-competitive race – The citizens of Caorle have accepted the invitation to participate in the event , as well as several guests and running enthusiasts. Such a significant participation of women, men and young people confirms how much the issue of gender-based violence is felt. In October and November we will discuss with the younger generations, through the other # Caorle4Women events, with the aim of educating the youngest on the importance of combating all forms of discrimination and violence “.
The tracks designed by the organizers are also spectacular. The short 4-kilometer route took the participants along the beach to then pass through the small church, along the “Scogliera viva” promenade and finally into Piazza Matteotti. The 10 km long route, after a first stretch on the beach, continued instead along the path of the Casoni in Falconera to the Isola dei Pescatori, with subsequent entry into the Palangon farm of the Chiggiato family where the restaurant was located. Then a new stretch on the beach, the passage near the little church of the Angel, along the “Living cliff”, before the final rush towards the finish line in Piazza Matteotti. 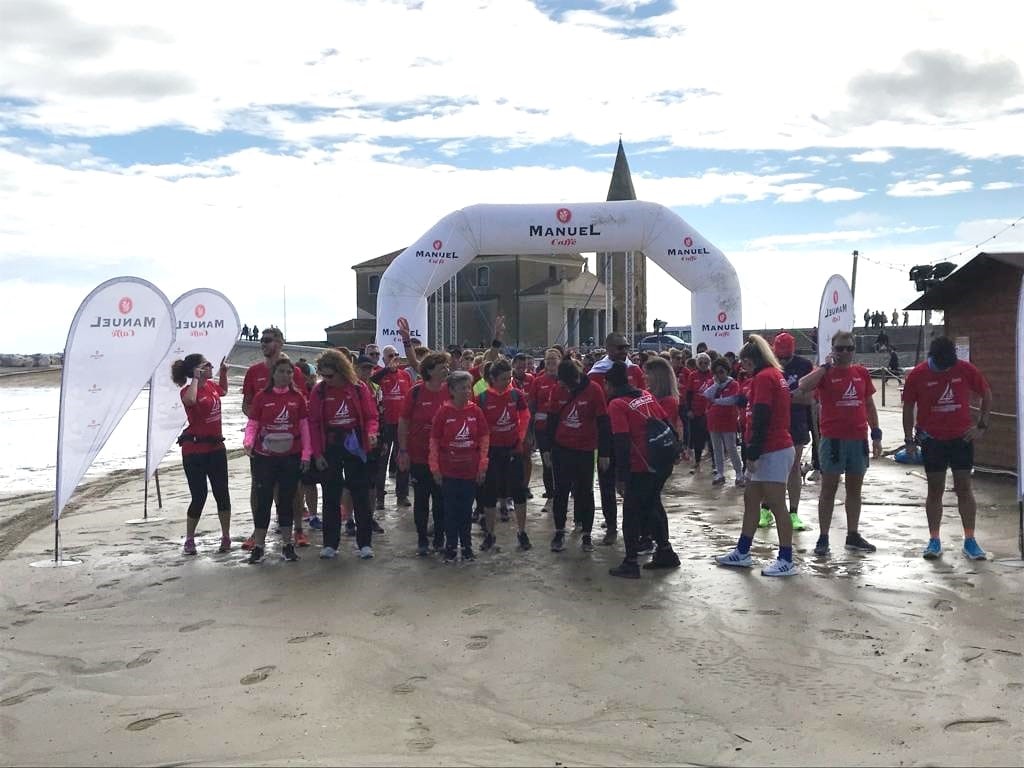