NOVEMBER 28, 2012
ARTICLES
The Bosco del Montello
A little more than a kilometer from the center of Montebelluna, in the north, north-east direction rises from the plain … a large hill? A small mountain? Surely a survey still in formation, given that its altitudes continue to grow by a few centimeters every year.

A somewhat particular relief, with a shield shape, thus resting on the plane, which reaches a height of more than 350 meters and blocks the way to a river, the Piave. He, silent, had to resign himself to go around, of course not before leaving the traces of his passage in very long and particular caves.

Montello has its own long and interesting history, which speaks, among other things, of Monsignor Della Casa who wrote here – the Galateo – and of Napoleon who was not very … kind here. It has been inhabited since prehistoric times, it remained covered by forests until the time of the Serenissima, which used its timber for the Arsenal and even in the subsoil it reserves surprises that the speleological group and the University of Padua have not yet finished. to investigate.

However, beyond the history and the vestiges it left here, it is difficult to describe this precious treasure chest that is administratively part of Montebelluna, Crocetta del Montello, Volpago del Montello, Giavera and Nervesa della Battaglia. It all depends on what the visitor is looking for.

The hill is a cyclist’s paradise: it offers a path at least flat along its base circumference, pleasantly running with the rustle of the water of the canal on one side and the vision of sweet and green landscapes, with some villas, some mills , some hammers, some ancient rural houses on the other … Then, here is the Piave and the mountains of the east.

Or, in search of greater commitment, there is the possibility of getting tired up and down some of the 21 sockets – roads that go up and down the hill, parallel to each other and joined by a ridge …

Walking in the woods can reserve the surprise of seeing some roe deer, some hare … in season, for nature lovers, it is always possible to participate in the Bufo-Bufo operation, to try to save the thousands of very useful volunteers together with the local volunteers. amphibians crossing the road to go and lay their eggs in the piave … Or go for mushrooms, wild asparagus …

The visit to the places of the great war: the monument – ossuary of Nervesa, the English cemetery in Giavera, the monument to Francesco Baracca, the observatory of the King offers other reasons of interest.

Not enough: Montello is full of restaurants and farmhouses that offer typicality and quality. Of taverns with particular products, of cellars with high quality wines.

If at the time of the Serenissima the documents attest that the best wine of the Veneto was bought in Montebelluna, evidently the qualities of the soil, the climate … which made it possible to achieve such a record, cannot be lost.

In fact, here is the production of Prosecco DOCG from Montello and the Asolo hills.

A prosecco that has nothing to envy to that produced less than ten kilometers away, in nearby Valdobbiadene, even if, it must be admitted, the tiny area of ​​Cartizze is only there. However, in Montebelluna and its area, unmissable black wines are produced:

As for being able to taste these wines, there is only the embarrassment of choice: throughout the year you can – go to wineries – or taverns, look for wine bars or, simply, ask the restaurateur.

In spring, on the other hand, there is a flourishing of events ranging from – wine in the villa – to – open cellars – to the simplest village exhibitions.

What about how we combine “eating well”?

Some restaurants decline their menus during the year according to the products that are harvested here: white asparagus and eggs in spring, – ciodet – (chiodini) and polenta or brisot (porcini) whose chapel is grilled in autumn, herbs (dandelion) and snout in winter … etc. For example, the autumn event of the – coccofungo – is famous, during which mushrooms are served from appetizers to desserts or the analogue dedicated to Treviso red radicchio, which is also produced here, albeit outside the recognized radicchio area.

A bit of folklore … gastronomic:

ontello experienced an increasingly intense exploitation, destined to irretrievably break the balance of the original vegetation. The greatest environmental damage was linked to the Bertolini law (February 21, 1892) which established the elimination of about 6230 hectares of forest in order to sell part of the land found to poor families and sell the rest to private individuals. The year following the enactment of the law, the specially constituted Council of Municipalities further divided the territory into 1224 shares and 386 farms distributed among 2400 families; in addition, 20 access roads were built, taken, which still cross Montello from north to south today. The destruction that occurred following the Great War led to further degradation and despite the recovery interventions and the abandonment of many agricultural areas the Bosco Montello ”is certainly not the luxuriant and strong wood of the past and the original plant essences have changed both from a qualitative and quantitative point of view. Today the most common forest types are robini and hornbeam groves, while oak and chestnut groves are now rarer. But even if much of the natural condition has been lost, the Montello wood still arouses strong suggestions to those who enter the shady forests.
In fact, Montello boasts a particular fauna richness that has often attracted scholars and researchers from various animal groups. We only mention the main and most significant species.
In the most humid and shady environments, you can easily meet amphibians such as the toad, the toad, the common frog and the crested newt, while more sunny and arid places are frequented by the wall or country lizard and the green lizard. Other common reptiles in Montello are the green lizard, the rat snake and the smooth snake while the little worm, the adder and the asp are quite rare. But birds are certainly the most easily identifiable group of animals both for their eloquent sound signals and for their movements against the poorly mimetic background of the sky. About a hundred species of birds have been sighted in Montello, some sedentary, others in transit, others still occasional. The most significant birds are: the long-eared owl, the tawny owl, the barn owl, the buzzard, the peccaiolo falcon, the sparrow hawk, the woodcock and, less frequently, the green woodpecker or the red woodpecker.

Among the mammals we meet the small shrew, the common mole, the dormouse, the dormouse, the wild mouse, the voles and the bats. Among the larger ones there are the hare, the fox, the weasel, the stone marten, the badger, the fallow deer and the roe deer. A real Noah’s Ark, a biodiversity that represents an exceptional biological richness that is trying to survive despite, also in this case, the massive intervention of man: hunting, pollution, roads, etc.
Montello is open to anyone who visits it, it is certainly a great wealth, a special and unique place in our region of high historical and environmental value, offering a unique landscape full of stimuli. Approaching this small mountain with respect, remembering how special it is, will certainly be the best way to get in tune with the wonders that characterize it.

Texts and photos taken from: 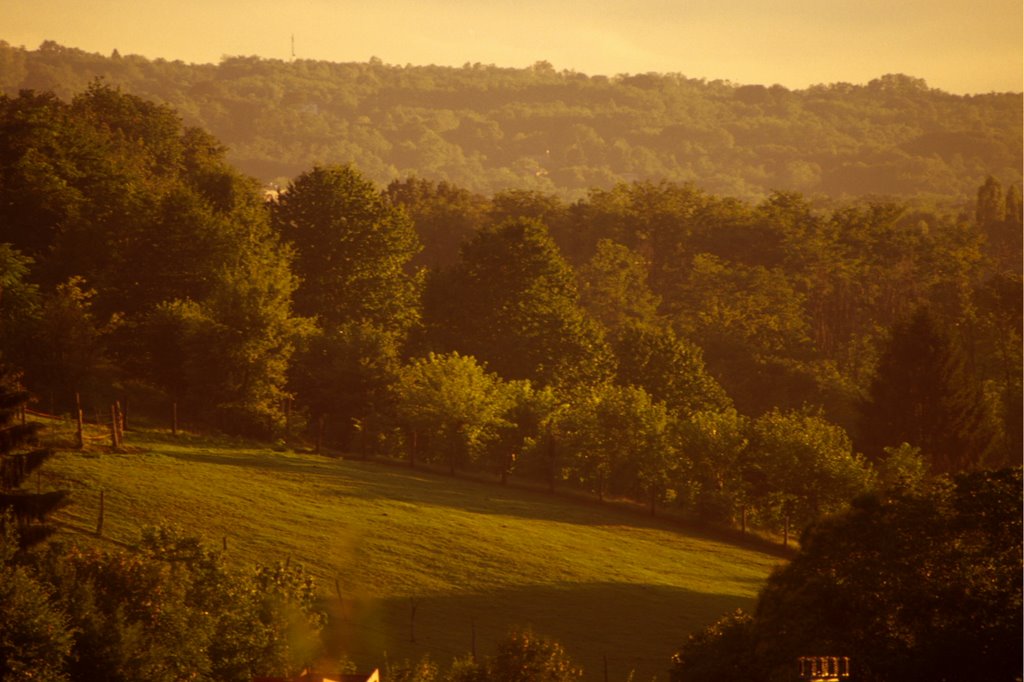