“An extraordinary moment because there is the restart of this fair much awaited by the world of hunting and fishing and the very large participation testifies to it – highlights the Regional Councilor Cristiano Corazzari. I must therefore thank Longarone Fiere and all the staff for the work they have done together with the Region and the Province. Surely the topic is a burning one, because talking about hunting and fishing sometimes means giving the wrong message, of the contrast between hunting, fishing and the environment. It is not true. Hunters and fishermen are the first to be involved, so that there is a healthy environment, fish and wildlife in good health. They are certainly essential for land and wildlife management. We must see our allies in the hunters and not predators. A fundamental link also in the implementation of the regulations that the Region makes. And for this we must thank them, together with the provincial police and other operators in the sector. The Veneto Region is also committed to giving a new, positive message as a hunter and fisherman, as guardian of the environment and the territory. Where there is no man, there is no naturalness. There is abandonment and decay “. Corazzari concludes, underlining that “this harmonious relationship that is guaranteed by many volunteers, who with their resources and their time make themselves available to the whole community, must be valued. And for this reason a new culture of hunting and fishing must also be valued ”.

Satisfied the president of Longarone Fiere Dolomiti, Gian Angelo Bellati: “we really started again after covid. There has been a full house since this morning and this demonstrates that people want to meet in person, because this is the only way to really get to know each other, exchange experiences, and even do business “. But also to bring people and politics together, to let the private sector talk to the institutions and understand what are the best things to do.

“I think that hunters are pro-environment – emphasizes the President of the Province of Belluno, Roberto Padrin – among the first who care about the environment where they live and above all who protect it. The great participation on this inaugural day is the testimony that there is a need to meet and share this passion together. Like fishing, present here with all the basins, and which can be a great driving force from an economic and tourist point of view ”.

The 20th edition of “Hunting, Fishing and Nature” could not have started better, the national fair of products, equipment and services for hunting and sport fishing that will continue in the Longarone Fiere Dolomiti (Belluno) Exhibition Center until Monday 25 April ( opening hours are from 9 to 19). To underline, this year, the rich program of events that will animate both the fair and the Congress Center. In fact, even before the ribbon was cut, the conference organized by the Province of Belluno began at 9.30 with the title “The future of hunting in the province of Belluno after the approval of the regional hunting plan” with the intervention in particular of the Dr. Paolo Pagnani of the Wildlife Office of the Veneto Region, Luiberto Croce of the Italia Nostra Association and Paolo Zanetti, representative of the Belluno hunting districts. Councilor Corazzari also intervened underlining how hunting, fishing and the Region must work together especially now that the new Wildlife Plan has been approved. MEP Da Re also re-launched how, if managed in cooperation, hunting and fishing are a resource for all the Dolomites and that related problems, such as that of the return of the presence of the wolf, should not be considered an “evil” as much as a return to the true reality of our places. At 12.00 the official inauguration ceremony of the fair with the ribbon cutting performed by the Councilor Corazzari, Diego Donazzolo, president of Confagricoltura Belluno, Gian Angelo Bellati, president of Longarone Fiere Dolomiti, Silvia Cestaro, Regional Councilor, Franco De Bon, Provincial Councilor with delegation Hunting and Fishing, Roberto Padrin, President of the Province of Belluno. Hon. Gianantonio Da Re, MEP Hon. Roger De Menech, Chamber of Deputies. During the lap of honor, at Pavilion E, (that of the Festa del Cacciatore ed), the video dedicated to the experimental fish centers for the reproduction of the marble trout of Tomo and Bolzano Bellunese, made by Longarone Fiere, was also screened. Dolomites in collaboration with the Province of Belluno. The review, which represents one of the most followed national events by fans of the hunting world, immediately presented itself with a suggestive glance. Over 100 corporate brands representing 10 Italian regions and 9 foreign countries have given, from day one the opportunity to visitors to come to contact with companies of absolute value. Then space the events.

Unexpected surprise, as pleasant as it is, the words of the President of the Region Luca Zaia, who, although engaged in a quick greeting in Venice to bring his personal best wishes to Arrigo Cipriani who just today turned 90, focused on the fact that he would have liked be also at the Fair to bring greetings from the Region and the satisfaction of the approval of the wildlife plan for those that he himself (in front of Cipriani and Councilor Marcato who were at Harry’s Bar) defined “a UNESCO heritage that we have the duty to protect. Hunting and fishing are part of the human DNA. They are not actions to be condemned because they are done in respect of the environment and with the collaboration of the police who monitor acts of poaching and lack of respect for the rules “concluded Zaia before taking leave of the Venetian diners. At 2.30 pm in the Congress Center, three conferences organized by the Veneto Region: “Thirty years of hunting management of ungulates in Veneto” with the intervention of Dr. Ivano Confortini. The recent changes to the regulatory framework for the release into nature of fish species with the intervention of Dr. Giuseppe Cherubini, the regional fish charter, the intervention of Dr. Barbara Grava Vanin and the project for the reconstitution of the fish populations following the Vaia storm with the intervention of Dr. Paolo Turin. To close the results and perspectives that emerged with the proactive wolf management project in Veneto using satellite telemetry, with the intervention of Dr. Duccio Berzi of the University of Sassari and technical coordinator of the project. But if a lot of space has been dedicated to hunting, sport fishing has also made an appearance, to which a specific exhibition area has been reserved in which the best companies in the sector and most of the fishing basins of the province of Belluno are present.

Nature will be the protagonist tomorrow morning, with seven interventions organized by the Province of Belluno in the Congress Center. From the presentation of the scholarship entitled “Bepi Tormen” to the report of the project “Belluno, city of swallows”. From the presentation of the journal of naturalistic studies “Frammenti” to that of the project “Let’s study the Ibex together”. And again the presentation of the degree thesis “Environmental variables in the monitoring of the variable hare” and the environmental improvements in the Alpine Hunting Reserve of Tambre with the “project mugheta”. Then the electronic bulletin board as a new wildlife management tool: the experience of the Longarone Alpine Hunting Reserve. And finally, the demonstration of the use of the drone for the purpose of wildlife research. While in the afternoon the conference “Fishing: the management experiences of the mountain Province of Sondrio”.

Caccia Pesca e Natura will be open until Monday 25th April, from 9am to 7pm. The main events will also be broadcast in live streaming on https://forum.caccia-pesca-natura.it. 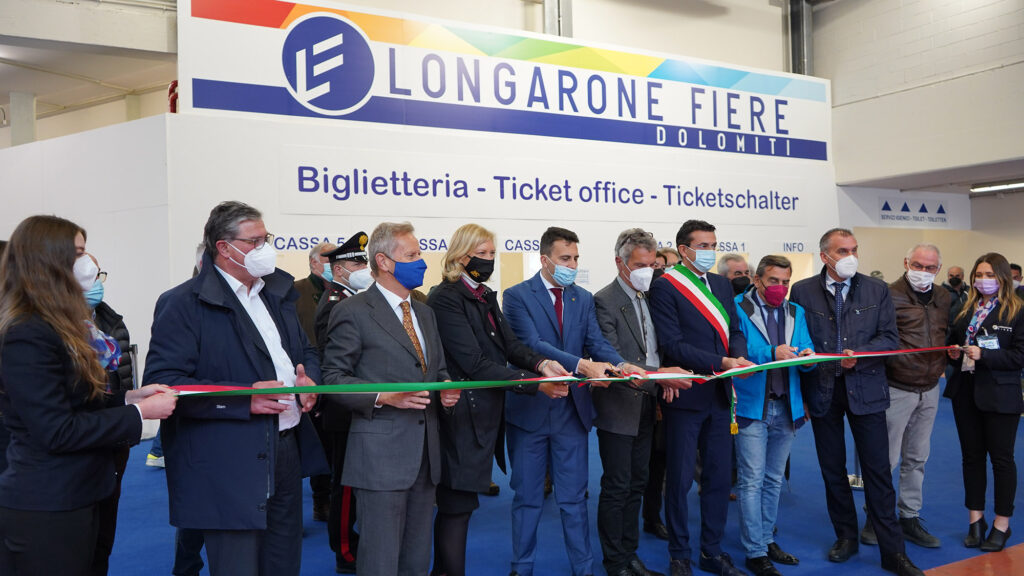