Sports tourism in the Province of Treviso

8 JANUARY 2013
ARTICLES
Sports tourism in the Province of Treviso
Treviso and the Marca Trevigiana:
the sportiest province in Italy is waiting for you!

Marca Trevigiana: perfect destination for sports lovers that lends itself well to being discovered through the numerous sports activities to be practiced along its itineraries. From the peaks of the Pre-Alps to the gentle hills to the sinuous rivers, always in the midst of unspoiled nature in many places.
The Province of Treviso, an open-air gym that becomes the perfect setting for a stay dedicated to sportsmen and nature lovers for a holiday dedicated to physical and mental wellbeing.

From lovers of two wheels or walking routes, from the emotions of free flight to the most exclusive greens, from the great champions of rugby to the wonders of nature … the Marca Trevigiana is an area that is well suited to hosting sports lovers.

There are many sporting events that each year attract fans from all over Italy and abroad and numerous athletes and sports realities that have made the Marca Trevigiana a hotbed of internationally recognized champions.

Treviso, the province of Sport!

The itineraries and events proposed have been selected by the group of operators
members of the “Treviso – the province of Sport” Product Club.

A land with wings on its feet

The Giro d’Italia stops annually in the Province of Treviso, here many acclaimed champions have ignited epic challenges, here some of the bicycles that have toured the world were born, among which one cannot fail to mention the Pinarello.
The Marca Trevigiana offers routes for all pedals, from the quieter cycle paths along the Sile, particularly suitable for families and nature lovers, to the challenging climbs of Grappa and Ca ‘del Poggio, the scene of exciting challenges for many champions. .

GIRO D’ITALIA in May on the roads of the Marca
LAPINARELLO CYCLING MARATHON July, Treviso
PROSECCO CYCLING CLASSIC October, Valdobbiadene

EMOTIONS ON TWO WHEELS
The Province of Treviso is a natural gym for all bikers: various races of the “Veneto MTB Cup” and “On the trails of the Great War” are held here, including the Montello circuit, appreciated and known by all enthusiasts, where the Italian, European and MTB Marathon World Championships were held.

the charm of getting lost, the joy of finding yourself again

Gaze at a glance: from Venice to the majesty of the Dolomites … This allows trekking on the Alta Via TV1 along the ridge line that goes from Monte Grappa (to the west) to the Cansiglio plateau (to the east). From the traces of the Great War to the flavors of the malga but also ancient Roman and medieval remains … All this in a high road that can be traveled from March to November without encountering snow. There are also numerous trails where you can practice Nordic walking, from the hills of the foothills to the dirt roads of the countryside on the plain.

Living a trekking experience in the Bosco del Cansiglio, one of the largest Italian forests still intact, urban trekking, a new way of making tourism more free and full of surprises that favors lesser-known landscapes and monuments, Nordic Walking on Monte Grappa, a route is active that develops along paths and mule tracks, up to the panoramic Cima Grappa … these and others are the routes offered by the Marca Trevigiana.

the branded green remains in your heart

The Province of Treviso presents itself to golf lovers both nationally and internationally as a top level destination with its 11 golf courses, including one with 27 holes, two with 18, three with 9 and 5 driving ranges. The position of the various fields is spectacular: from the Asolo hills to Vittorio Veneto, from the immediate vicinity of Venice to Castelfranco Veneto, Montello and others …

LIONS AT ALL BEER

–
Treviso is a land of rugby: come and enjoy the great matches of the Benetton Lions by taking advantage of the fantastic offers developed by the hotels of the “Treviso – the province of Sport” Product Club.

a leap in the heart

Hang gliding and paragliding offer hours of flight, without noise or pollution, immersed in nature. The whole Treviso foothills are splendidly suited for free flight. From Vittorio Veneto to the lakes of Revine, then passing through Valdobbiadene, to finally reach Monte Grappa, there are numerous areas suitable for the practice of free flight. The Monte Grappa Massif area is a very important center for all free flight enthusiasts in Europe and around the world. Along the slope of the Massiccio del Grappa inf

acts are formed almost constant thermal updrafts that ensure pilots long hours of flight throughout the year. The sites are easily accessible and the environment and the view make the flight unique and inimitable: the entire Venetian plain with the cities of Treviso, Venice, Padua, Vicenza and the Dolomite peaks to the north.

it has a position that protects it from the northern winds;
an excellent road network that allows you to reach high take-off altitudes in a few minutes;
for thirty years now home to one of the best known flight events in the world;
the plain in front of it makes flying much easier and safer than flying inside the valleys;
its exposure makes it very rich in updrafts;
it has a special microclimate that offers at least 300 flying days per year.

The world in a province

The river Sile
The longest resurgence river in Europe is protected within the Sile River Regional Natural Park. A park with a thousand surprises! Cervara Oasis: a naturalistic paradise for young and old. From the resurgences to the Venice Lagoon on foot, by bike, by canoe or with the “barges” to discover nature: a thousand ways to discover the River of Silence and its territory.

The Montello
Montello has many hidden corners to offer: a development of caves to be discovered. And for those who love to immerse themselves in history, the traces of the Great War are still visible.

From Grappa to Cansiglio
the Trevigiana Mountain is full of places where nature reigns supreme: the Astego Vegetational Garden, for example, with the reconstruction of alpine environments, very suitable for families and school groups. Or why not get lost in the flavors of the mountain huts? And the enchanting micro-climate of Cansiglio, a plateau and a forest full of history and natural wonders?

In short, the Trevigiana Mountain is a treasure to discover! 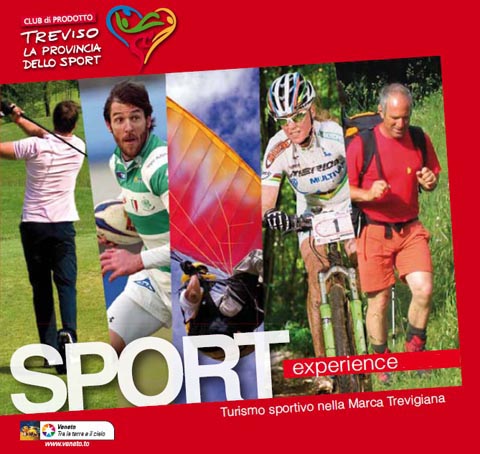