Santa Maria del Pero, the Abbey of ghosts in Monastier

Santa Maria del Pero, otherwise known as the Abbey of Ghosts of Monastier, has a fascinating history that spans the centuries. And some mysterious visions…

The Marca Trevigiana, as is well known, holds many legends and curiosities dating back to the past, including that of Santa Maria del Pero, the abbey of the ghosts of Monastier.
The semi-destroyed structure has been carrying fantastic legends for centuries, such as the one that tells of monkish voices in the early morning, and that of a mysterious staircase that suddenly appears and disappears.
The Abbey of the Ghosts of Monastier, one of the most mysterious sites in the Marca Trevigiana, was founded by the German Emperor Otto I, who, a few years later, would become Emperor of the Holy Roman Empire, where a river port once stood.
Under the Patriarchate of Aquileia, the Abbey of the Ghosts of Monastier controlled the territory between the Piave and Vallio rivers, as far as the Venetian Lagoon, until 1300 when the monastery broke away from the Patriarchate of Aquileia and became linked to the diocese of Treviso.
The monks belonged to the Venetian nobility and consequently supported its interests, and around the mid-1500s the monastery was turned into a commenda and the buildings fell into disuse, until it passed to the Cassinese Benedictine congregation of St Justina of Padua, entrusted to the abbot of San Giorgio Maggiore of Venice.
The building’s church was at the time compared in beauty to Treviso Cathedral, and was restored and enlarged to the extent that a second floor cloister was created, and, in 1710, the rectory and Venetian-style well were built in the Romanesque cloister.
In operation until 1797, the abbey was then abandoned and stripped of its furnishings, including Carpaccio’s painting of St George and the Dragon, later taken to San Giorgio Maggiore in Venice.

After the period of Austrian rule in which the monastery was sold to the Greek Ninni family, and its transformation into a military hospital during the First World War, the Abbey of the Ghosts of Monastier also found fame thanks to the writer Ernest Hemingway in his stories, while in the Second World War the town of Monastier was involved in the partisan resistance against the Germans and Fascists, until it was divided, as it is today, into various properties.
It is said that the life of Monastier’s Abbey of the Ghosts was marked by prayer and the small gestures of its inhabitants, and although to this day the monks’ chants no longer resound and the bell tower has long since fallen silent, someone passing by at dusk tells of hearing liturgical whispers and rustling, until they can hear the sound of the bells and the cloister windows banging loudly.
From the door of the church, then, a light seems to precede a long procession of monks making their way around the square, up a staircase that does not exist today.
Reality or suggestion? Certainly worth a visit! 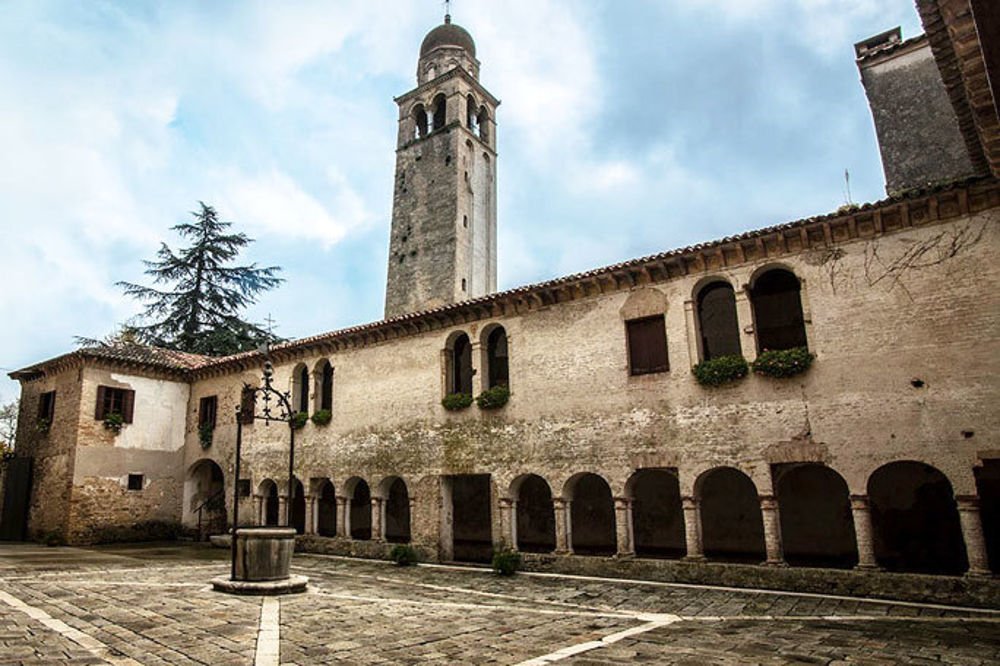