Sabrina Salerno and Nicola Canal: three days away from social networks to discover the Prosecco Hills

29 SEPTEMBER 2020
ARTICLES | RELEASES
Sabrina Salerno and Nicola Canal: three days away from social networks to discover the Prosecco Hills
The singer and showgirl, an icon of the 80s, and the influencer from Treviso, two real stars of the web, ready for a curious experiment: three days of relaxation at Ca ‘del Poggio, with the mobile phone off, to detoxify from Facebook and Instagram . It starts on Thursday.

They are two real stars of the web. Together, on their respective social channels, they have almost two million followers. Yet even those who are used to sharing every moment of the day with their fans may feel the need to unplug. Abandoning, at least for a short time, the hunt for likes and appreciations.
Sabrina Salerno and Nicola Canal launch the challenge: for three days, from Thursday 1 to Saturday 3 October, the singer and showgirl, a sexy icon of the 80s, returned to the limelight with participation in the last Sanremo Festival, and the influencer Treviso (Canal – il canal), fresh from the success of the 2020 edition of the now traditional goliardic video dedicated to the harvest, in which the president of Veneto Luca Zaia also appears, will remain in strict silence on social media.
Perhaps inspired by the Digital Detox Day, the world “internet free” day, held on September 5, Salerno and Canal will reside in Ca ‘del Poggio, San Pietro di Feletto (Treviso), committing themselves not to use smartphones and to dedicate themselves to 72 hours of absolute relaxation and well-being in the heart of the Prosecco hills, which have become a UNESCO World Heritage Site since 2019.
It will be a way to reflect on the relationship with social networks and to stimulate a more conscious digital consumption, which does not subtract quality time from real life. “I do it to test myself: we are now too dependent on smartphones. I realize that sometimes, even when I don’t need a phone, I look for it and use it in some way, but it’s not possible to live like this “, commented Sabrina Salerno in one of her stories in response to a fan who asked her about curious experiment.

Nicola Canal, her great friend of hers, at home in the Prosecco hills, has the task of accompanying her in the three days of “detoxification” from social networks. One thing is certain: for a few days, Sabrina Salerno’s fans will have to do without the breathtaking shots of the adopted singer from Treviso. While Nicola Canal will not animate the social channels with the unmissable videos, from “#monaimportante”, as he defines himself, which have consecrated him Venetian influencer par excellence. The people of the Prosecco hills are warned. Given the potentially explosive couple, we will see some good ones (and the social, silent ones).

There is Prosecco. And there is the sea. Ca ‘del Poggio Ristorante & Resort in San Pietro di Feletto, in the Treviso area, perfectly combines the two souls of the Stocco family. The seafaring one, which led Fortunato and his wife Maria Stella to face a qualified restaurant experience in Bibione, before moving to San Pietro di Feletto. And the hilly one, interpreted by the sons Alberto and Marco, who, with the help of their parents, have made the family tradition their own, revisiting it with a touch of modernity and elegance.
Ca ‘del Poggio Ristorante & Resort has been open in San Pietro di Feletto, along the Strada del Prosecco Superiore Docg, since October 18, 1994, and since then it has met the growing favor of a refined and demanding clientele. If the view of the Prosecco hills that can be admired from the rooms of the Relais Ca ‘del Poggio restaurant goes straight to the heart, the palate of the Stocco family’s guests is delighted by a seafood cuisine which, thanks to the creativity of the chefs Marco Stocco and Vincenzo Vairo, it has now attracted the attention of the most severe gourmets.
Very well known in the sports environment – in via dei Pascoli, the only climb certified by the Italian Cycling Federation, renamed Muro di Ca ‘del Poggio and twinned with the Wall of Grammont and the Mûr-de-Bretagne, the 2009, 2013 editions have passed. 2014 and 2017 of the Giro d’Italia, the 2010 Italian Professional Championship and the 2018 edition of the Giro d’Italia Under 23 – the Relais Ca ‘del Poggio restaurant has 80 seats inserted in an elegant and at the same time familiar environment, where Alberto Stocco and his collaborators make guests feel at home.
Since May 2013, the tourist offer of Ca ‘del Poggio has been enriched by the Hotel Villa del Poggio, a structure equipped with every comfort (and with a wonderful panoramic terrace) that integrates perfectly with the hospitality offered by the restaurant, transforming this corner of the Marca Trevigiana – 60 km from Venice – in a kind of paradise for customers who love to immerse themselves in the relaxed and elegant atmosphere of the Prosecco hills. Nearby are golf and horse riding courses, as well as nature trails.

Since May 2013, the tourist offer of Ca ‘del Poggio has been enriched by the Hotel Villa del Poggio, a structure equipped with every comfort (and with a wonderful panoramic terrace) that integrates perfectly with the hospitality offered by the restaurant, transforming this corner of the Marca Trevigiana – 60 km from Venice – in a kind of paradise for customers who love to immerse themselves in the relaxed and elegant atmosphere of the Prosecco hills. Nearby there are golf and horse riding courses, as well as nature trails to explore on foot or with the mountain bikes provided by the hotel, for a holiday dedicated to wellness and relaxation.
Nearby there is also the Path of Pope John XXIII, a path of meditation, peace and spirituality dedicated to the memory of the “Good Pope”, who, when he was still Patriarch of Venice, loved to retire to the hills of San Pietro di Feletto to rest and restore your spirit.
The research of Cardinal Loris Francesco Capovilla, historical personal secretary of Angelo Giuseppe Roncalli since the Venetian years, and of Don Nilo Faldon, a distinguished local historian, combined with the testimony of the local people, have allowed us to define the places touched by the usual journey of the future St. John XXIII during his stays in San Pietro di Feletto, where there is also a thousand-year-old Pieve visited every year by thousands of faithful. 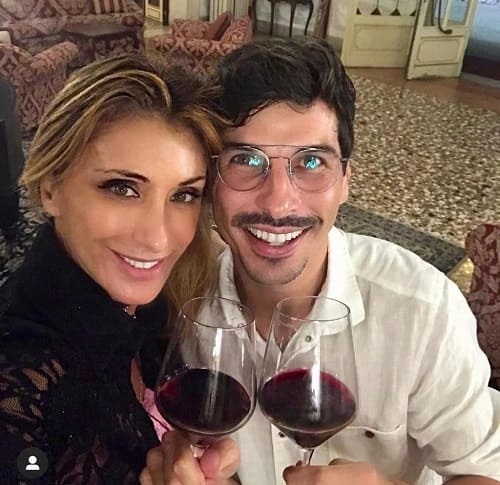