Revine and Tarzo, the lakes next door with the blue stamp Blue flag and no pesticides in the ponds next door

22 AUGUST 2016
ARTICLES | RELEASES
Revine and Tarzo, the lakes next door with the blue stamp
Blue flag and no pesticides
in the ponds next door

Revine and Tarzo obtain the bathing ability of the stretches of water and aim for 25,000 visitors
coming from northern Europe. New Bed and Breakfasts open and shopkeepers go to English school

Fifteen thousand visitors a year, but with the prospect of bringing in 25 thousand soon thanks to an intense marketing campaign abroad: the lakes of Revine and Tarzo, as soon as they have received the blue seal of bathing and declared the fight against pesticides in the vineyards, aim to the launch of lake tourism also in the Marca.

The Revine and Tarzo lakes are almost better known (and appreciated) abroad, in the Netherlands and Germany, than in Veneto or Italy. The numbers certify it. Until 3 years ago Tarzo and Revine were unable to go beyond 1500 tourist presences. This year Tarzo will multiply them up to 15 thousand. Revine’s share is not yet known but the mayors Gianangelo Bof and Michela Coan believe they can reach 25-28 thousand in Northern Europe within two years of further promotion, perhaps even touching 30 thousand admissions. The Livelet Archaeological Park alone has 15,000 visitors, some of them staying for several days. And the Cadelach offers naturalistic tourism opportunities – from horses to the farm – which are increasingly popular. The lakes are shared between the two municipalities which, by autumn, will also build the bridge over the isthmus between the basins of Santa Maria and Lago. bathing. Here, then, that the two campsites, especially the new one on the banks of Tarzo, are filling up with Dutch, German, and Eastern European enthusiasts. So the B & Bs. “Together with the Pro Loco Lagolando we have arranged the beach, with the regular cutting of the grass, the cleaning of the bathrooms, the equipment and the rental flies”, say Germano Nardin and Donatella Parpagiola, who manage a B&B on the shores of the lake. result is seen. “In three years we have spent 12 thousand euros in promotional campaigns in the Netherlands – says Mayor Bof – and the result was extraordinary”. Attendance multiplied by 150 percent. It is for this reason that the mayor of Revine has also decided to enter the niche of lake tourism by participating in the next fairs in the Netherlands. “We also have feedback from the opening questions for new B & Bs, since those who are there often sell out,” says Revine’s deputy mayor, Doris Carlet. Once the orange flow is consolidated, other countries will be targeted. The ice cream makers of the Valley, which operate in Germany and the rest of Europe, have loaded themselves with thousands of flyers that they distribute to their customers. It thus happens that lake enthusiasts often arrive in Tarzo or Revine with the brochure of the Valley. “In the coming months – announces Bof – we will organize welcome training courses for our restaurateurs, hoteliers or landlords, but also for bartenders, shop staff and supermarkets in particular, so that they learn at least the most common vocabulary. to browse with new customers “. Today, in fact, it happens that the Dutchman enters the supermarket to shop and the shop assistants are unable to answer. The same embarrassment is felt in bars, in shops. Tarzo and Revine, therefore, try to give themselves a different future, an alternative to a present that is limping.

The 500 signatures collected in recent months in Revine plant a round no on the countryside that could become handkerchiefs of prosecco. So far there is only one new vineyard, but the extraordinary environmental nature of the valley leads many investors to try the impossible. “It is true that the forest is rapidly descending from the mountain, capturing abandoned pasture cuttings – photographed Giorgio Della Colletta, former mayor -. Worse still happens on the shores of lakes; in front of my house rises a wall of hybrid vegetation in the land once cultivated, now no longer. But the alternative is not prosecco. It must necessarily be something else that has not yet been well identified “. Can this diversity be called lake tourism? “Yes, as long as it becomes economically significant. And the prerequisite must be a change of mentality “. Meanwhile, the municipal administration of Revine is working on the Intervention Plan, which through a specification of the Inter-municipal territory planning plan (Pati) will identify and indicate areas where intensive agriculture is not envisaged. That is to say, in other words, that pesticides will be banned from the Valley. “We are studying a regulation that we will bring to the approval of the city council in September” confirms Deputy Mayor Carlet, reiterating once again that Revine

vine will be a common green. “We want to establish strict rules of protection through the rural police regulation: perhaps we will not get to totally ban pesticides because there are many gardens, but we will establish very strict regulatory standards,” said Mayor Coan. His colleague Bof hopes that this is the perspective of the whole valley and tells of a Prosecco producer who only produces organic on the hills of Tarzo, to be exported to those Nordic countries that prefer it to other drinks. 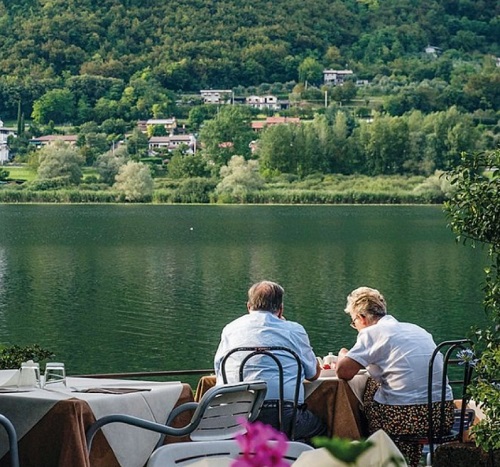