Raboso is a wine of very ancient origin, its name perhaps derives from the homonymous tributary of the Piave river. Wine produced from one of the rare vines present in the North-East of Italy before the advent of Rome. This is confirmed by Pliny the Elder in his Naturalis Historia, stating that in this area the “Picina omnium nigerrima”, a wine whose color is blacker than pitch, therefore ancestor, in addition to Raboso, also of Terrano, Refosco and Friularo.The Roman Empire fell and with it the cult of viticulture, we must wait for the new times, when Venice extends its civilization on the mainland, to find memories of this wine. For centuries, Raboso was the only wine that the Serenissima was able to export even as far as the East. This is why Raboso was also called “vin da viajo”, a travel wine. This is thanks to its characteristics of a robust variety, rich in tannins and with a high percentage of acidity, resistant to mold and mildew. It also does not fear the cold, drought and the passage of time.
For this reason, in the past when a child was born it was common, both among peasant and noble families, to keep the Raboso for the day of his wedding. Tradition that today many are happily recovering. Thus, this wine with “organoleptic characteristics closer to those of still wild, not tamed grape skin” represents with its warm red the heart of a culture.
Its presence in the Friuli Veneto area is documented since the early 1600s. The grape has always been also called Friulara or Rabosa Friulara, but it should be borne in mind that historic Friuli reached as far as the left bank of the Piave.

In 1679, the Treviso-born Jacopo Agostinelli wrote a volume of memoirs which he entitled “One hundred and ten memories that make up the good farmer of the villa” and some of these memories concern Raboso wine.
“Here in our country – he writes in the memory 24 – mostly black wines are made for Venice from black grapes called recaldina, others call it rabosa for being a grape of a strong nature.”

Further information on Raboso wine is given to us in more recent times by the Trevigiano Enological Institute and by Antonio Carpené who in 1881 spoke of black Rabosa.

Carpené then writes that among the grapes he experimented with for winemaking, the black Rabosa was perhaps the most important variety of eastern Veneto, especially due to its wide diffusion.

In the Ampelographic Bulletin of 1885 the Raboso del Piave is quoted with extreme precision and it is stated that “this type of wine had a great importance that at the present time … There is a memory of similar wines sent with great acclaim abroad, in the cellars of rich English still not many years ago bottles of this wine, donated and procured by the last ambassadors of the Serenissima ”.

The Serenissima Republic of Venice ended its history in 1797 and not many years before 1885 bottles of Raboso del Piave were found in English cellars: it is then to believe that Raboso was really considered for many centuries one of the main and most important Treviso wines.

The Raboso in modern times

In 1949, immediately after the Second World War, Raboso retains a clear pre-eminence over the other wines produced. In Sinistra Piave, out of 100,000 hectoliters of wine, Raboso Piave accounts for 80%; while in the area between Motta and San Donà, out of 140,000 hectoliters, 85,000 are from Raboso Veronese.

Between the 50s and 60s of the last century, the farmers of the Piave lands favored the varieties whose wines were most in demand on the market, in particular Merlot and cabernet for red wines.
The Raboso Piave underwent a progressive decline in those years and we had to wait until the 90s and the establishment of the Raboso Piave Confraternity with the help of courageous winemakers for its proper qualification and progressive relaunch.

The vine and the wine

Raboso Piave is, as we have seen, a native vine, whose presence in the lands of the Piave has been documented since the 1600s. It fully bears the name of “Piave”, both for historical origins and for a presence that has remained constant over the centuries in the land bathed by the waters of the river sacred to the heroes of the First World War.

Its cultivation historically extends close to the Piave river throughout the Treviso plain, from Conegliano to Vazzola, up to Oderzo, Motta di Livenza and San Donà di Piave.
The cluster is quite large, cylindrical in shape, with one or two wings, even evident, compact, with a sturdy and woody peduncle. The grape has a spheroidal shape, with a bluish-black skin, very pruinose, 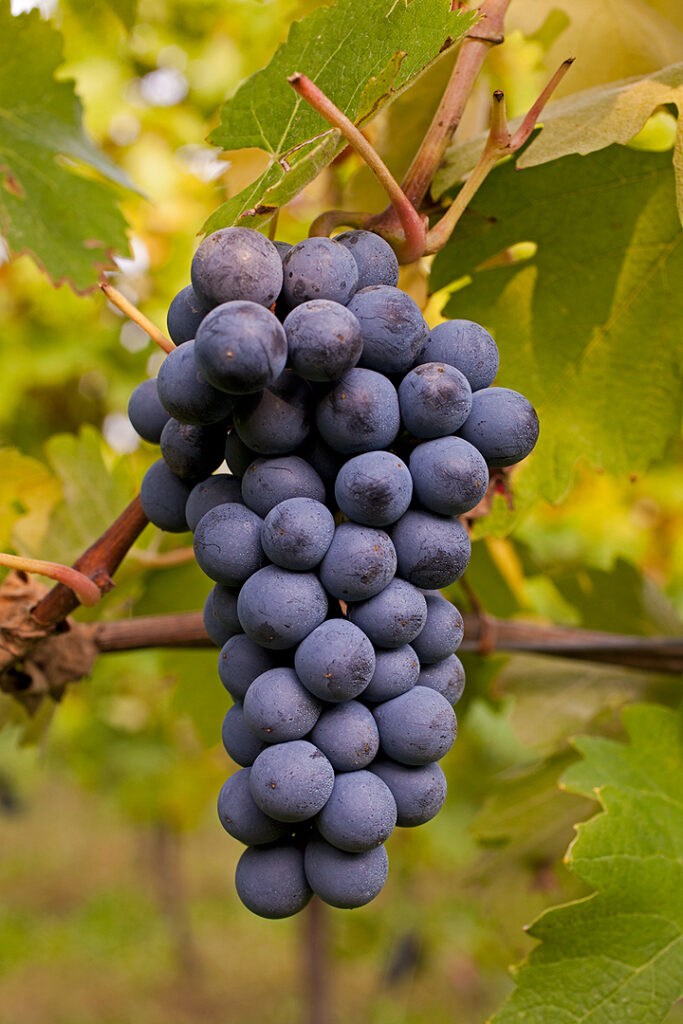