Prosecco Run and Prosecchina on Sunday 4 December in Vidor (TV)

Almost 3,000 at the Prosecco Run and Prosecchina on Sunday 4 December in Vidor (TV)
In the race the Italians Giordano and Gatto and the Africans Lolkurraru, Maiyo, Wolkeba and Waweru

Nearly 3,000 people registered for the Prosecco Run and Prosecchina. Big numbers, therefore, for the international Fidal marathon of 21.097 km and the 10 km race open to all, under the aegis of the Us Acli, scheduled for Sunday 4 December in Vidor (TV). As many as 26 wineries will be crossed this year and, for the first time, there will also be a passage through the Benedictine Abbey of Santa Bona. At the start there will be two heavyweights, a woman who has written important pages both in running and in the duathlon, with Italian and international medals, Laura Giordano (Silca Ultralite Vittorio Veneto) and a young man now well established, the 23 year old Treviso Giovanni Gatto (Quercia Trentingrana), who in the steeplechase has won Italian titles and tricolour medals, as well as European and world finals among the under 20 and under 23. Obligatory favourites are the African athletes: in the men’s field there will be Kenyans Lengen Lolkurraru (Atl. Saluzzo), born in 1990, with a personal best of 1h05’22” on the half marathon, and Rodgers Maiyo (Podistica Torino), born in 1993, already winner and on the podium in various running races (of different distances) all over Italy, 1h03’28” PB, while in the women’s category the challenge for victory should be between the Ethiopian Asmerawork Bekele Wolkeba (Podistica Torino), also a protagonist this year of many international events, class of 1991, personal best of 1h12’10” and the Kenyan Ester Wangui Waweru (Atletica Brugnera Friulintagli), class of 1998, winner of the Maratonina di San Biagio in October, PB of 1h16’12”. But the Prosecco Run will not only be characterised by kilometres and chronometers, there will above all be the context of the event, with a suggestive landscape, those of the Prosecco Hills, Unesco World Heritage Site, in the municipalities of Vidor, Valdobbiadene and Moriago della Battaglia.
Today, Monday 28 November, in the Benedictine Abbey of Santa Bona di Vidor, the official presentation took place, in the presence, among others, of the host, Giulio Da Sacco, the mayor of Vidor, Mario Bailo, the councillor for sport of Valdobbiadene, Anna Vettoretti, the regional councillor of Veneto, Tommaso Razzolini the president of Tri Veneto Run (the organising company together with Maratona di Treviso), Francesco Sartori, the administrator of Maratona di Treviso, Aldo Zanetti, the president of Coni Veneto, Dino Ponchio, and other representatives of organisations, partners and associations involved in the event, which is also sponsored by the Association for the Heritage of the Prosecco Hills of Conegliano and Valdobbiadene.
Those registered for the Prosecco Run, a competitive 21.097 km race, numbered 1600, those for the Prosecchina 1340, for an overall total of 2940 (with registrations still open for the Prosecchina). Forty-two per cent are women, 42 % come from outside Veneto, while 32 % come from outside the ‘borders’ of Triveneto. There are 23 foreign countries represented (Belgium, Brazil, Canada, Chile, Croatia, France, Wales, Germany, Greece, Ireland, England, Kazakhstan, Holland, Poland, the Czech Republic, Romania, Serbia, Slovenia, Spain, Sweden, Switzerland, the United States, and Ukraine), while the regions with the largest number of participants are Emilia Romagna (with over 360 participants), followed by Lombardy (over 260).
The Prosecco Run, in addition to the spectacular scenery between Vidor, Mosnigo, Colbertaldo, Valdobbiadene and San Giovanni, will also offer a taste (in the true sense of the word) of the food and wine excellence of the territory, starting, of course, with Prosecco. There will be no shortage of wine goblets in the cellars crossed for ‘toasting on the run’, slices of salami, sopressa, and whatever else. A unique opportunity to experience, touch and taste the territory, thanks to a race that will take participants through the vineyards but also right inside the wineries and farms, among barrels, casks and tables of the agritourisms.
In Piazza Capitello in Vidor, the event’s headquarters and arrival venue, there will also be food trucks from the Osteria il Perbacco, the Gai Luciano farm (homemade bread, cured meats and red radicchio di Treviso), the Ponte Vecchio farm (cheeses) and the Specialistapoint (sports goods, both Saturday and Sunday) and Alì Supermarkets stands. In the square, the rangers of the Associazione Volontari d’Europa O.d.V. – Federazione Nazionale Pro Natura di Sernaglia della Battaglia (National Federation of Pro Natura) will set up an exhibition: ‘Alla scoperta dei Palù del Quartier del Piave’ 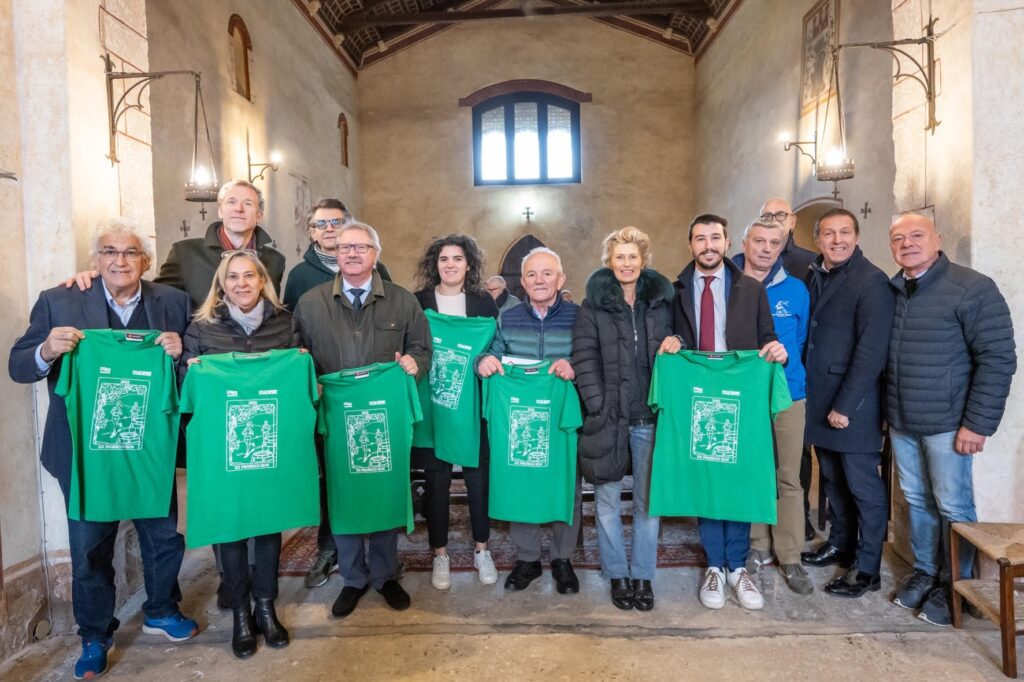