11 AUGUST 2020
ARTICLES | RELEASES
Prosecco Doc Rosè, the new DOC is underway
On May 20, 2020, the National Wine Committee of the Ministry of Agricultural, Food and Forestry Policies unanimously approved the proposal to amend the DOC Prosecco production specification which provides for the introduction of the Rosé type.

“To all those who have contributed to obtaining this important result – commented the President of the Consortium for the protection of DOC Prosecco, Stefano Zanette – we would like to thank you which, in consideration of the moment we are living in, is particularly heartfelt”.
The first bottles will be released on the Italian market by September 2020. While abroad, it will be necessary to wait until the end of October.
In the consortium project, the price target will be positioned on a higher range of prosecco. And over time it could reach 15/20% of the current production of bubbles.
Great satisfaction of the producers. The Rosé will in fact meet the expectations of a large slice of the foreign market (especially Great Britain, the United States and Germany) but also the domestic one (there is particular attention on the rosé by the female audience).
The Rosè variety will be produced with 10-15% Glera and Pinot Noir grapes, the rosé trend is constantly growing and it is estimated that 15-20 million bottles will be produced.

The specifications of Prosecco DOC Rosé

Grapes: Glera and 10% -15% Pinot Nero
Yield per hectare: 18 tons / hectare for the Glera variety and 13.5 tons / hectare for the Pinot Nero variety
Second fermentation – Martinotti / Charmat method: minimum 60 days
Sales will be possible from January 1st after the harvest
Color: more or less intense pink, bright and with persistent foam
Sugar residue: from Brut Nature to Extra Dry
The label must bear the indication “Millesimato” and the year (minimum 85% of the grapes of the year)

The Doc rejoices: off to rosé prosecco

The modification to the specification was published in the Official Gazette: it is definitively Prosecco Rosè. After a long labor, the Doc birth took place. And all that remains is to toast, as all the sparkling wine companies of the plain are already doing. A sigh of relief for a year born badly, continued worse but that will surely end as for the twilight: in pink.

«After a long wait, our challenge is won» comments the president of the DOC Stefano Zanette with great satisfaction. 60 days from today: on 12 October the first sparkling wines of Prosecco Doc rosè will appear on the Italian shelves. And on November 12, the new sparkling will make its way onto the foreign market. The one in which it aroused the greatest expectation.

THE FIGURES But how much will be produced? “We have two months and the obligation to use the 2019 wine, Zanette reasons – I would say between 10 and 15 million bottles. But with the aim of reaching over 90 million in a couple of years “. Doc calls it a challenge linked to innovation, DOCG turns up its nose at the new adjective affixed to the Prosecco brand. The truth is that Rosè is destined to make sparks on the foreign market (Great Britain, Canada and the United States above all) and to revive the destiny of the appellation even at home. Now that the pink bow can officially be affixed, Zanette looks to the mountain climbed. Years of waiting, the joy of having made it remains.
The future? I would say rosy, today the president Stefano Zanette allows himself a joke.
The companies of the denomination that have invested in packaging and storage have already marked the preventive sold out for the new rosé bubbles and are awaiting the codes for bottling.
The new wine is destined to raise the prices of Prosecco Doc and will be positioned in a slightly higher price range (and just over 8/10 euros). 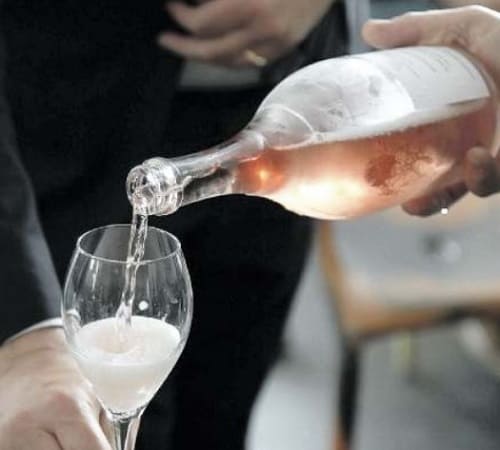