“El biso de Borso” stands out from the others for its sweetness: quality and qualities are enhanced in the spring harvest, it is at this time that the seeds are tender and have a delicate flavor.

There is no precise information on the origin of this legume, which probably comes from Central Asia. It was mentioned by various Greek and Roman scholars. The latter knew and cultivated two different varieties of the legume. Italy is currently one of the largest producers of peas in the world.

Pea di Borso was known since the time of the Serenissima Venetian Republic, when it was offered with rice to the Doge on the occasion of the feast of San Marco. Also in the “Treatise on the Nature of Food” by Baldassarre Pisanelli of 1659 there are references to a particularly sweet pea from the Borso area. Other available documents attest that the pea was grown in Borso since 1800.
Once it was brought to the nearby markets of Bassano, Asolo and Crespano: cultivation was widespread.

The major event that today sees the product as protagonist is “The Biso Market Exhibition” which takes place during the month of June.

The pea is a legume. It is characterized by a spheroidal shape of green color, smooth skin, hard consistency and sweet taste. It is enclosed together with other peas in a bright green pod, inedible and crunchy to the touch. The definition of “biso di borso” is applied exclusively to pods of the species “Pisum sativum L.” whose average number of pods per plant is 5-6 while the average number of seeds per pod is about 6. Compared to peas that are normally found on the market, the finished product is less watery, more concentrated and particularly sweet.

The particular sweetness of this pea, on which its fame depends, is also obtained thanks to the cultivation methods that include autumn sowing on the sheltered hills, facing south, where the particular position of the land, the absence of fogs and the happy exposure favor this feature. The agronomic techniques used are traditional, without the use of pesticides and synthetic chemical fertilizers and are carried out on land that has not been affected by legumes in general for at least ten years. The peas are sold in cardboard boxes weighing approx. 5 kg. The used packaging must be new and the product must be free of leaves and stems. Inside the box there must be the band with the typical brand, the name and data of the company and the producer partner, as well as the date of collection. The product is not subject to transformation as it is intended for consumption in the fresh state, however it can be stored for a few days in the cold rooms normally used for horticultural products.

From late spring to late summer they are available at all retail markets.

Peas are rich in protein, iron, vitamins and phosphorus and lend themselves to multiple culinary uses. The typically Venetian recipe of Risi e bisi is very famous. 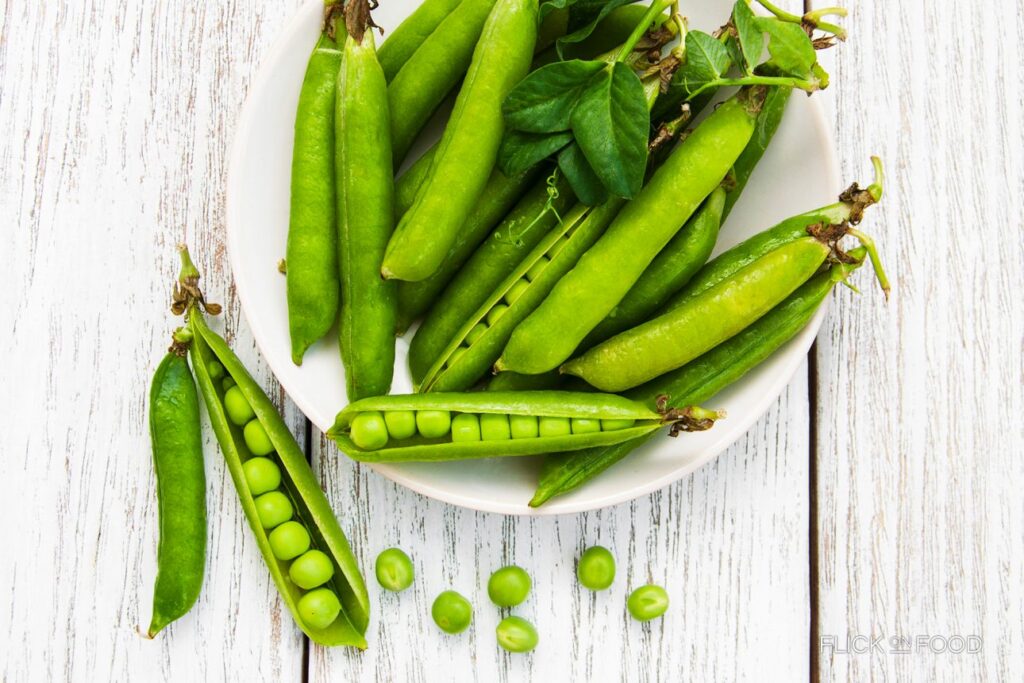