16 JULY 2013
ARTICLES
Palladian Villas: Villa Emo
Villa Emo is located near Fanzolo, in Vedelago, in the countryside crossed by the state road 53 Postumia, which connects Vicenza to Treviso touching the towns of Cittadella and Castelfranco.
The client is Leonardo Emo, representative of a noble Venetian family. It is not the first time that Palladio has been contacted by wealthy landowners, who know they will find him an architect capable of combining practical and celebratory purposes. The circumstance is particularly favorable because the large agricultural estate of Fanzolo is located in a rural area of ​​Roman centuriation, regulated by orthogonal traces that prove to be an ideal background for the wide Palladian perspectives, underlined by rows of poplars and by the design of avenues and roads .
Villa Emo represents a point of arrival in the definition of the architectural scheme of the villa, after the significant experiences of Villa Badoer in Fratta Polesine and Villa Barbaro in Maser.
The villa complex includes not only the house and its adjacencies, but also the long telescope and the agricultural area to the north, the garden, defined by geometric flower beds and avenues decorated with statues to the south and, beyond the entrance gate, double row of rustic houses that forms the Borgo Brolo. The property of the villa retains its original boundaries, extending to the Via Postumia, an ancient Roman road, and the orientation of the plot of the fields still follows the grid of the centuriation, highlighted by the double row of cypresses.

The manor house stands out on a high base and two long porticoed barns are aligned with it, ending in dovecote towers. Barchesse were service buildings with various functions – warehouses, laboratories, accommodation, etc. – related to the management of agricultural property; the term refers to the original function of boathouse, since, often, the villas were collacato along navigable canals.

The facade of the villa with its symmetrical architectural composition is of majestic simplicity, with a tetrastila Doric loggia surmounted by a triangular tympanum with the family crest held up by angels, the work of the sculptor Alessandro Vittoria.

The relationship between architecture and environment is managed by the architect with exceptional skill: the overall harmony stands out both when approaching the villa and when looking around from its loggia.

The interior spaces take up the facade scheme. From the entrance loggia, through a narrow vestibule, you enter the large central hall, on the sides of which there are two rooms to the north and two to the south, divided by as many transit rooms and the staircase leading to the upper floor. The stereometry and sobriety of the exteriors is contrasted by a rich internal decoration, performed by Giambattista Zelotti that scenographically marks the walls with fake architectures, inside which represents figurative scenes on bucolic backdrops and exaltations of the arts and virtues, inspired by mythological themes and allegorical of the Roman and Christian tradition.

In 1565 the villa in all its splendor was the setting for the marriage of Leonardo Emo and Cornelia Grimani.

In recent decades, the villa has hosted numerous illustrious personalities: British royalty, Nobel laureates, writers and directors. It was the venue for a theatrical event, an international ballet stage, concerts and was part of the sets for two films: Joseph Losey’s “Don Giovanni” and Liliana Cavani’s “Ripley’s Game”.

For more information and photos: www.villaemo.org 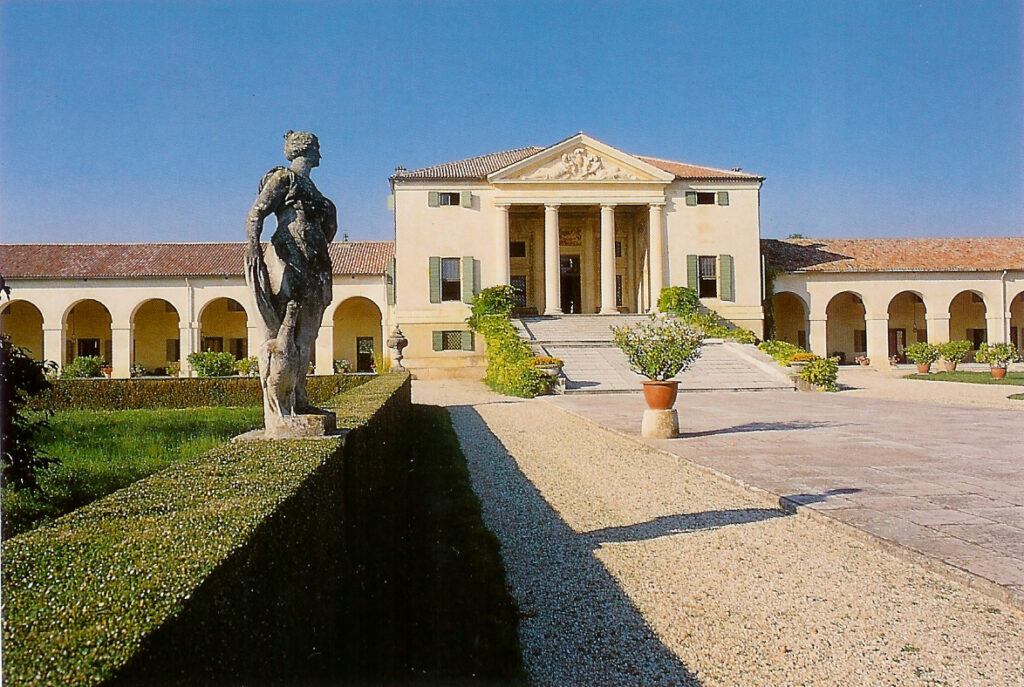