October 15, 1872: The Alpini are born.
SOURCE: Book “The Alpine troops of the ANA Vittorio Veneto section – 90 years of history –

The origins of the Alpini are very ancient: over the centuries the inhabitants of the Alps have always shown themselves to be proud and strong soldiers, strenuous defenders of their land, examples of which are the Alpine Legions in Ancient Rome, the Cimbri of the Altopiano dei Sette Comuni , the Waldensian Militias, the Self-Defense Militias in the valleys of Trentino, Cadore, Friuli. These and other formations are considered the precursors of today’s Alpini.

The birth of the Corps, however, only took place in 1872 from an idea of ​​Captain Giuseppe Domenico Perrucchetti, considered “The father of the Alpini”. gained after the experience of the battle of Custoza in 1866. where the total fragility of the defensive system on the mountain line emerged. Perrucchetti immediately glimpsed the importance of defending the Alpine passes through the recruitment of local troops, made up of mountaineers already accustomed to life in the mountains. He proposes to entrust the defense of the mountain passes to soldiers recruited there. this which allows an effective defense, thanks to their perfect knowledge of the area of ​​use. The proposal was accepted and so on 15 OCTOBER 1872, the first 15 Alpine companies, each made up of men from the same valley, were created in Naples by means of Royal Decree number 1056.

Captain Giuseppe Domenico Perrucchetti,
Local recruiting, in addition to providing men already; accustomed to the harsh mountain life, it is a strong element of cohesion, which has determined since then the high spirit of the Alpine Troops Corps. The merit of the practical realization we owe to the Minister of War General Cesare Francesco Ricotti Magnani. In fact, in the folds of the decree of 1872, aimed at increasing the number of military districts, he introduces a rule that provides for the establishment of some districts in alpine areas, with a recruiting and training company with particular mountain tasks. It is the official act to which to report the birth of the Alpine Corps. Thus the first fifteen Alpine companies were born from that provision.

The size of the Alpine Corps grew quickly, so much so that in 1873 the companies were brought to 24, divided into 7 Alpine departments. In 1875 10 battalions were formed for a total of 36 companies, while in 1882 the first 6 regiments were born (out of 3- 4 battalions), which became 7 in 1887 and then 8 in 1910 (… ..) Born for the defense of the Alps , The Alpini have their baptism of fire in Adua, Eritrea, and the first gold medal for military valor is awarded to Captain Pietro Cella (….) On November 13, 1902, after a period of experimentation in the Third Regiment, the Alpini are equipped with skis. 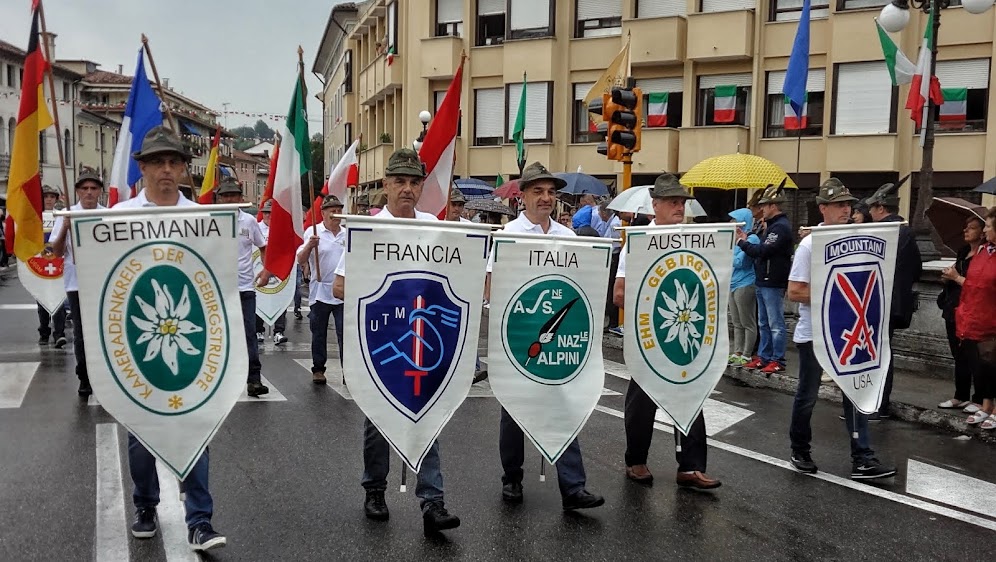