Nature, history and silence along the Sile in Treviso

25 MARCH 2016
ARTICLES | RELEASES
Nature, history and silence along the Sile in Treviso
Alzaia or Restera, two Latin names for a single shore
where the awakening of spring invites new discoveries.

The towpath of the Sile in Treviso is an oasis of peace
loved by walkers
on foot and by bicycle.

You can follow the signs of the Greenway, those of the GiraSile or even those of the Venice-Munich. Because, despite the proliferation of routes (or their names), the only true direction is indicated by him, the Sile. The river that embraces and crosses Treviso and then continues in a south-easterly direction towards the sea. Which arrives in the city after having transformed the uncertain flow of its springs into a wide riverbed and, after having welcomed other tributaries – as Dante also knew well (“Dove Sile e Cagnan s’accompagna”) – leaves the city with a sinuous course, flanked by high banks. From there, from the Ponte della Gobba (which takes its name from an ancient tavern) the “lower part” of the river begins, and also begins a fascinating walk in nature and history. In this early spring, among swans, ducks and coots, among the bright colors of the fruit trees in bloom and all the green ranges that nature offers when you wake up, the itinerary winds through many different frames of great naturalistic suggestion and not only.

The ancient towpath of the horsemen.
This is the Alzaia del Sile, that is the shore from where the oxen or the horses pulled the boats against the current, tied with a rope called the towpath – from the Latin helciaria (to pull) – which gave the path its name. For the inhabitants of Treviso, however, this road is the Restera, which with the same procedure of “towpath” derives from the Latin restis (rope). And this is not a perilous display of etymology, but a way to underline how ancient this practice was here. Because here the transit of goods aboard large boats began at least in the Middle Ages and continued until the 1960s, connoting these banks as an authentic road of work and trade of which some clear signs remain: hooks to block the horses, stones marked by ropes, ancient factories on the banks and above all mills whose names have also been famous throughout Europe. And then bridges, access ladders to the riverbed, small ports, branches to refresh the horsemen who guarded the draft animals: infrastructures that testify to the existence of a historic connection between inhabitants, “barcari” waterways.

The burci cemetery.
And then there are the large flat-bottomed transport boats, the burci. With the decline of river trade, many of these expensive-to-demolish river giants were abandoned in a bend where the waters almost completely submerged them, creating an unusual scene of curved woods and greenery and where fish and birds found. a very favorable habitat. About twenty wrecks – mostly left there in 1974 (following the commercial defeat of the owners, overwhelmed by the rapeseed oil scandal that made the Chiari and Forti for which they transported the seeds falter) – went to fuel a precedent cemetery of boats, since the tranquility of the place has always favored the abandonment of disused boats. So much so that – warns the archaeologist Marta Laureanti who has been conducting studies on the site for two years – it could also house much older wrecks. The area is currently only admirable from the shore: the walkways overlooking the boats are undergoing maintenance and will reopen, renovated, at the end of May.

A park for conservation.
With the decline of river transport, and of the economic and recreational activities that previously took place along the Sile, that sort of emotional bond between the river and the inhabitants of its rivers loosened in the seventies. A detachment that can be read in the heavy interventions on the territory: some architectural ugliness and a bit of neglect made their way on the banks of the Sile, fortunately stopped by the establishment of the Regional River Park Authority in 1991.

The villas on the river.
Certainly not as famous as those of the Riviera del Brenta, the numerous monumental villas that rise on the banks of the Sile, thanks to the wealth of flora and fauna that surround them, offer glimpses of singular beauty. Here too, in fact, the Venetian nobles chose to build their country houses, always keeping in mind both the Palladian lesson and the social and agricultural functions. Among the Venetian villas that meet along the watercourse, sometimes hidden among the greenery, other times more striking, you can easily notice the sixteenth-century Villa Barbaro Valier (now Battaggia) with its elegant staircase that descends towards the river; the eighteenth-century Villa Fanio Cervellini in Cendon; Villa Barbaro Gabbianelli in Lughignano, which Caterina Cornaro gave to her bridesmaid Fiammetta for her wedding, overlooking the river

ume inside a park of majestic poplars; the imposing Villa Mantovani Orsetti in Casale and its barn.

Casier’s yard.
A square that is a port, a yard. And if the ancient town hall and the main church are located right there, that’s enough to establish the centrality of navigation in the life of the town that still hosts the most important port on the Sile. Until the second post-war period, the life of Casier’s yard was marked by the nursery of boats and the shipyards on the road to Casale sul Sile remind us that navigation is still alive here. That water is part of the local culture is testified by the curious hydro-chronometer in front of the church: a water-operated clock made in 2003 by Alberto Gorla, one of the most popular Italian watchmakers.

Projects
For some time, there has been an authentic swarm of projects around the Sile. In addition to the numerous walking, cycling and nature trails, the Oasi d’Acque e di Sapori project should be mentioned, born from the agreement between the Park Authority and the municipalities of the river bank, to organize the tourist offer of the river territories.

HOW TO GET
The Ponte della Gobba then on foot or by bike
Getting to Treviso is easy, with the A27 (Treviso Sud exit) or with the SS13 Pontebbana. The Sile and its tributaries cross it at various points and the proposed walk begins just outside the perimeter of the walls (Porta Carlo Alberto). Nearby is the Dal Negro Park. For those arriving by train, from the station to the Ponte della Gobba it is about 10 minutes on foot to get there directly, about twenty if you cross a bit of the historic center.

Elegant and unique. But also so susceptible that it almost completely disappeared when, already in the nineteenth century, agriculture became more intensive, on the banks of the Sile. It took the experience of Lipu and the dedication of an enthusiast who made his land available to him in the Sile Park, to get them back. Today in the Centro Cicogne between Silea and Casale sul Sile (via Sant’Elena 106) you can admire the elegant birds – in the acclimatization aviaries or in the wild – and numerous other wild animals, including local trees and a flower garden that welcomes colorful butterflies . A small, silent and surprising oasis.

It was, and is, one of the symbols of the Sile. The fire, with still obscure outlines, which half-destroyed it a year ago, however, left it, imposing and silent, along the Restera, at the mouth of the tributary Mire that fueled its business. Molino Toso (also called “little Stucky” due to an erroneous attribution to the technical study of the Giudecca mill) is an example of nineteenth-century industrial architecture that blends in well with the river landscape. Unlike the adjacent plant, now decommissioned, of the former Chiari & Forti, built many years later, showing a rather lacking respect for the environment. An evident contrast that also tells the story of the Sile. 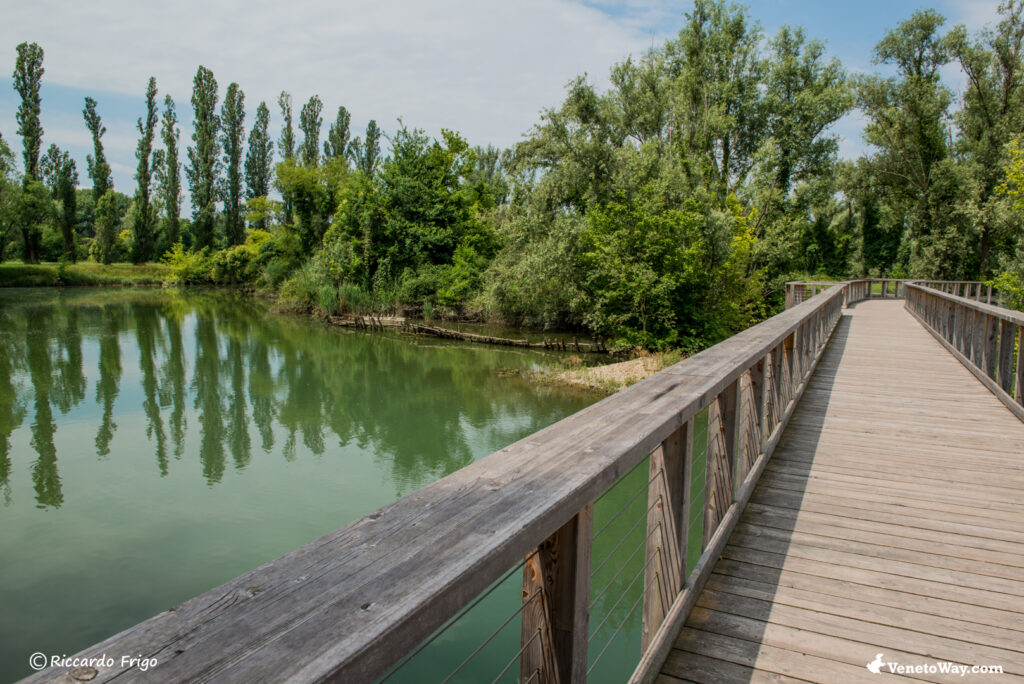