The musetto is a sausage that takes its name from the types of meat used for the dough to be stuffed: the snout of the pig. The dough is made by grinding together rind, muzzle meat, salt and pepper, stuffed into a casing.

The municipalities of the Pedemontana della Marca Trevigiana.

Pig farming is part of an ancient and widespread peasant tradition. The pig was extremely appreciated because nothing of this animal was thrown and any part of the animal was used in some particular preparation.
The soprèsse, as well as musetti, salami and other sausages, were packaged in the agricultural families of the Treviso area by the local expert.

Pedemontana cotechino is obtained using about 75% fatty pork (rind cuts for 40-50%, throat cuts for about 10-20 and head meat from 15 to 20%) and for the remaining 25 %, lean pork (shoulder cuts). The meats must be minced with a 6 mm hole mold. The product has a cylindrical shape with a diameter ranging from 6 to 10 cm, with a length between 15 and 20 cm. The weight of the finished product is around 400-500 g. After cooking it shows a dark red color with the characteristic irregular white marbling due to the fat component that surrounds the protein part; it has a characteristic aroma, a savory and slightly spicy taste. The typicality of this product is given by the use of traditional local drugs.

To obtain the cotechino from the foothills, only pork from animals born and raised in livestock farms in the province of Treviso that belong to traditional breeds are used. The pigs are raised in well insulated and ventilated structures or in the wild and semi-wild state. They are fed without the use of meat flours and foods of non-milky animal origin, but with food in liquid and mash form with the addition of water and whey. The parts of meat selected for the cotechini are the hardest: the sinewy meat, the ears and the muzzle. The whole is then ground, with the addition of any lard as needed. Then they are well pounded and ground several times. The mixture is flavored 2.4-2.8% with (sea) salt and flavored with cracked pepper or with the dosa (which contains aromas of various types including cinnamon and clove). After careful mixing, the dough is machine stuffed into natural casing and tied by hand. The drying phase requires a couple of days at a temperature of about 12 ° C. The ideal for maturation is a week, after which consumption is recommended.

From December and until the beginning of spring, they can be found at restaurants, farmhouses and butchers throughout the Treviso foothills.

Cotechini, to be eaten, must be cooked and for this reason they can be consumed without having to wait for long periods of maturation. Traditionally, cotechino goes well with horseradish (grated), or cooked radicchio. 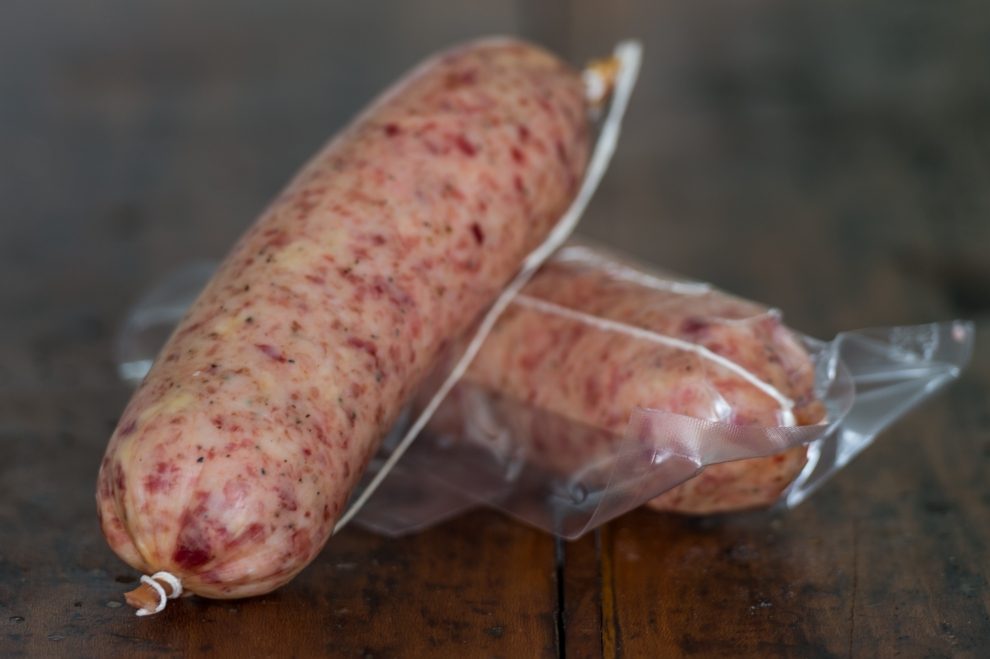