In the Grappa area, rich in floral species, the production of honey has had a remarkable development and, especially in the last century, it has assumed considerable dimensions and high quality productions, appreciated for the particular organoleptic characteristics that the product is able to manifest.
Historically, this is an ideal area for beekeeping, especially because it is possible to enhance the so-called Internal Nomadism, meaning the possibility of moving the hives from 200 meters above sea level, up to 1780 m. of Monte Grappa. All this favors greater strength and development of bee colonies and an undisputed quality and quantity of production.

Honey is a natural product that comes from the transformation of the nectar of flowers or honeydew, collected and processed by bees, and stored by insects in the honeycombs of the hive protected with a thin layer of wax.
Grappa honeys come from a great variety of botanical species that show a scalar flowering typical of the area ranging from an altitude of 100 m up to 1700 m in the high mountains. Thanks to the possibility of transferring the hives to different altitudes, the resulting honeys have typical characteristics, especially in color, aroma and taste. Typical productions of the area are: “Acacia” honey, “Chestnut” honey, “Multiflora di Collina” honey (produced from nectar from flowers at an average altitude from 200 to 800 m), “Multiflora Alta Montagna” honey (produced from nectar of blooms above 1000 m).

Specific aromatic and chromatic peculiarities depending on the different origin of the blooms.

Honey is produced naturally by bees and requires few treatments by humans. The honey of the Grappa must come from bees whose breeding takes place exclusively within the territory, to maintain the typicality of the production and at the same time facilitate the control plan. After the collection of the honeycombs from the hives, they are uncapped, that is, the layer of wax that the bees put to protect the honeycombs is removed and the centrifuge is carried out by means of a special machine which, by making them rotate, favors the release of the product. At the end of this operation, the honey is filtered to remove any impurities, and then placed in glass packages and labeled with “Miele del Grappa” seals.

Appreciated for its ease of assimilation and for its very pleasant taste, honey contains substances that are very useful to the body, such as sugars, vitamins and mineral salts. It is widely used both in cooking and in the confection of desserts.

To be enjoyed alone or on a slice of toast with a little butter, with yogurt or milk, it goes well with cheeses and Grappa oil. Also noteworthy is the honey grappa, a delicious combination of two extraordinary local flavors. 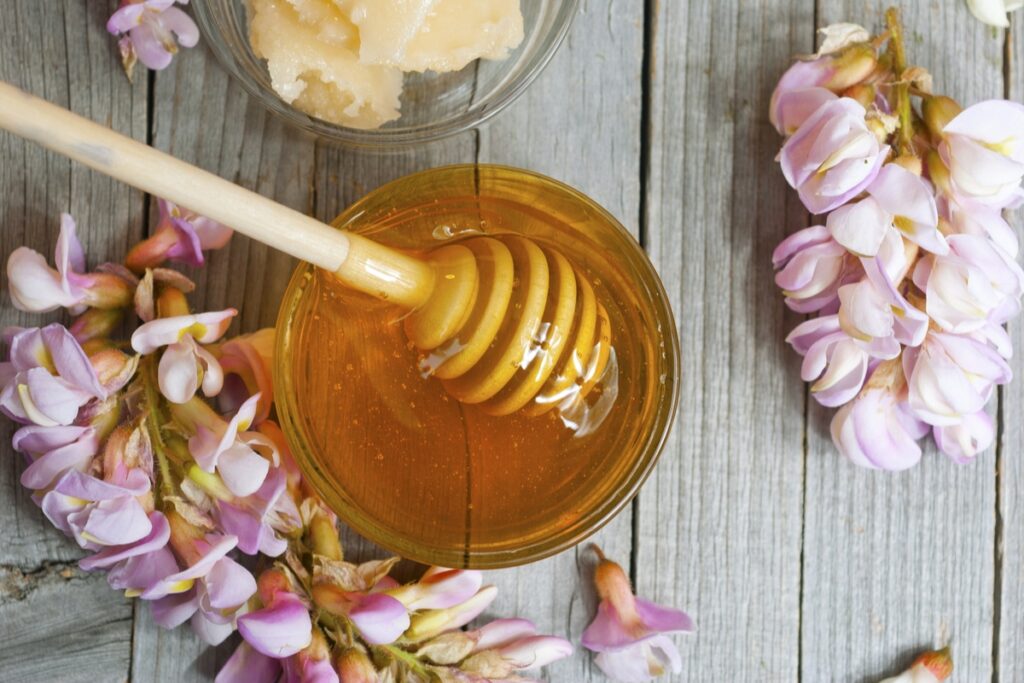