History:
The apple is native to the countries of Central and Western Asia. It is a very ancient fruit, it is even believed that it dates back to the Neolithic, and is also mentioned in the Bible. The ancient Egyptians and Romans appreciated it very much, and it was the Romans who introduced apples to Great Britain. The apples grown (Malus communis silvestris) in the foothills of the province of Treviso derive from the apple tree native to Transcaucasia: a very ancient crop, as evidenced by the findings of stilts in Switzerland, Austria and Sweden dating back to the beginning of the Stone Age. This crop has undergone ups and downs, with its worst moment during the crisis of medium-sized farms in the late 1800s, which caused a strong emigration and, consequently, a strong abandonment of these hills. Today the production, although scarce, is maintained with the aim of safeguarding and enhancing the typical local productions, linked to the traditions of the product and its territory. In the “broli” (the orchards) and in the “closures” (the meadows bordered by fruit trees) they are still cultivated alongside native apples and pears, as well as figs, almond trees, plums and morello cherries. The main event dedicated to this fruit is “The Monfumo Apple Festival” held in the center of the town in October.

Product description:
The Monfumo apple has a rounded shape, is red, small, fragrant, very floury when ripe, with reduced shelf life, which must be consumed before the beginning of winter.

Production process:
The production area of ​​the Monfumo apple is characterized by reliefs interspersed with valleys and valleys, which extends from the Grappa to the Piave (between 200 and 400 meters above sea level). It is an ideal territory for production because the southern slopes of its valleys are protected from the winter cold. In particular, Monfumo, which is located in the immediate vicinity of the ancient city of Asolo, is nestled right in the rolling hills of the Grappa foothills and thanks to the particular characteristics of the valleys, enjoys a climate similar to that of the Trentino production areas. No pesticide treatments are used and the fruits are harvested by hand and immediately sent for marketing or temporary storage in cold storage.

Availability:
The availability of Monfumo apples on the market is limited to the production area and the autumn months.

Uses:
In general, the apple has multiple culinary uses. Specifically, the Monfumo Apple, due to its particular organoleptic characteristics, is suitable for grating to create a raw apple cream, or cooked without core and filled with jam. 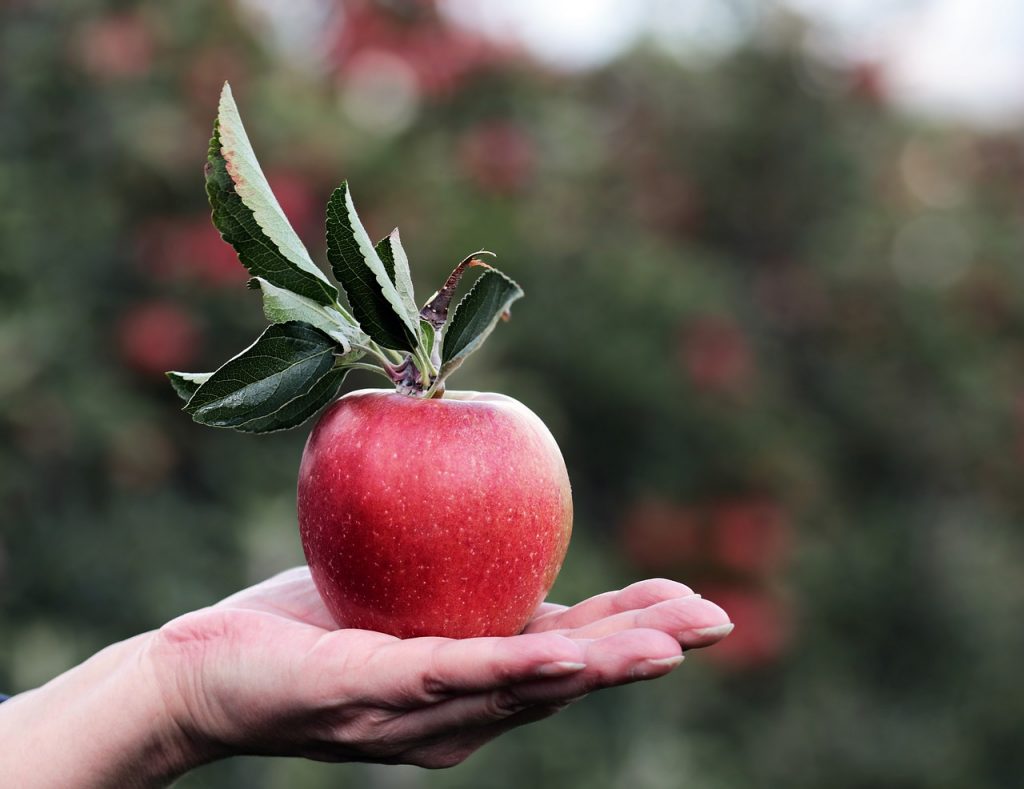