The domestic goose derives from the wild cinerine goose that nests in Northern Europe and in winter reaches Italy and other southern countries. Its domestication is very ancient and dates back to the Neolithic era. The spread of this bird was favored, in the late Middle Ages and in the Renaissance, by the settlement of Jewish communities in the territories of Venice, Ferrara and Mantua, in fact the goose in the Jewish diet is of fundamental importance because it replaces the pig, excluding for religious reasons.
The “Mondragone” goose derives from the crossing between individuals of two races: the Veneta Goose (white in color with gray spots on the wings and on the head) and the Romagnola Goose (excellent egg producer, it is similar to the Veneta, from which it differs for the total candid white color).

Currently, the Mondragone Goose is bred extensively in some agritourism farms in order to recover decaying meadows and pastures.

The “Mondragon” goose at the time of marketing is a young animal, 4-6 months old, weighing between 4.5 and 6 kilos. The meat is lean thanks to the few months of life and intense motor activity in the wild and semi-wild. Its meats are particularly valuable precisely because they contain the intense aromas of what has been grazed (from dandelion to clover, from mulberry to wild figs) in the hills and woods of Mondragon.

The geese are raised in the wild and semi-wild on meadows, shrubs and undergrowth. The pasture is carried out in shifts to allow the continuous renewal of the finest plant essences.

In the Mondragon area, where these geese are bred, it can be found throughout the year.

The geese are sold to private individuals and restaurants or used directly in the restaurant according to the most traditional preparations: cooked whole or in parts in the oven, simmered in their own fat, on a spit, with stuffing, etc. Recently it is also offered in preparations such as goose breast, liver pate, goose salami and “serenissima” goose “in saor”. 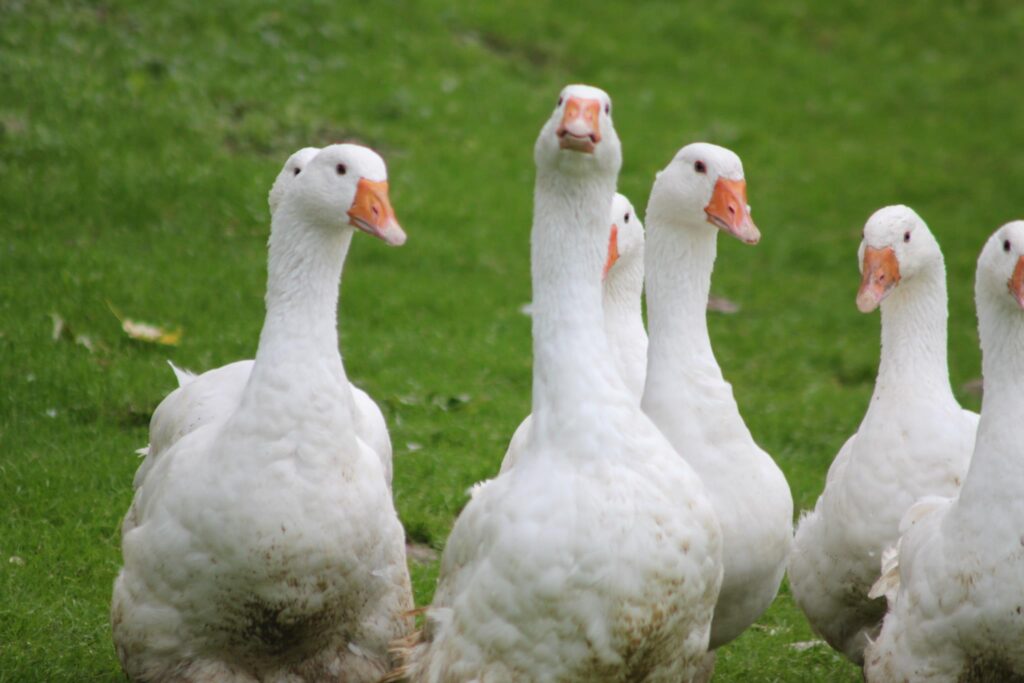