Last week a meeting was held with the main players in the ice cream supply chain with the 62nd edition of the MIG – International Artisan Gelato Exhibition. It is therefore mandatory to take stock and verify the needs of the entire supply chain.

Already last year the new development lines of MIG were identified, aimed at supporting a rapidly changing sector. We are talking about sustainability, take-away and delivery, of new players in the world of ice cream, of seasonal adjustment. Topics that will be very central also from 27 to 30 November this year in Longarone.

In particular, the President of ACOMAG, Marco Cavedagni, wanted to underline that MIG 2022 will probably be the last fair in which it will be possible to take advantage of the 50% Industry 4.0 incentive in Italy for the purchase of new equipment, where leaps and bounds in energy and water savings. “More than ever at this moment we need our technological progress on sustainability to find political support that encourages change.” An appeal to politics, therefore, because at the end of the year the 4.0 incentives will be significantly reduced and it would be advisable for adequate replacement measures and incentives to be provided.

Also fundamental is the deseasonalization for the spokesman of UIF – Products for ice cream, Ludovico Santasilia: “extending the sale of alternative products in ice cream parlors is a very important issue for our companies”. Just as it is important to push consumption at home since “take-out and delivery guarantee higher sales than consumption on the spot”.

In the meantime, however, the season got off to a great start. This was confirmed by the head of Confartigianato Nazionale Alimentation, Arcangelo Roncacci. “The president of the ice cream makers Giorgio Venudo is unfortunately not present, but for a positive reason: very much taken by a significant start due to a boom in attendance”. But the collaboration with Longarone Fiere Dolomiti is confirmed with the area of ​​Pastry and Chocolate in the Gelato shop. “Two weeks ago we had a meeting of the whole category and the Board of Directors of Confartigianato Confectionery evaluated the last edition and what could be proposed again at the next MIG”. The close collaboration between the Association and the MIG, which was able to involve and interest ice cream makers, was positive and fruitful. Therefore, the Board defined the presence inside the fair as “strategic” and the contents for 2022 will soon be defined, where the second edition of the “A Praline in Gelato” competition will certainly not be missing.

The president of Longarone Fiere Dolomiti, Gian Angelo Bellati, finds these very important synergies. Even more so since the Fair began to offer a service of participation in European projects. “In dialogue with the companies, ideas come out that have allowed us to present, for example, a project for mountain huts and shelters to equip them with batch freezers that allow the production of zero-kilometer ice cream”. But the great novelty of this new international thrust was the support from the Council of Europe, a partner in the project of a new path. After that, from an idea born in Longarone, in 2012 the Gelato Day – March 24 was recognized as the first European day dedicated to a food, now also the proposal of the first European itinerary dedicated to a food. Another primacy of Artisan Gelato wants it to be the protagonist, says Bellati, far beyond the European borders: “from Georgia to Spain, passing through Bulgaria, Serbia, Croatia, Slovenia, Italy, Austria, Poland, Germany, Belgium, Luxembourg. A great itinerary that aims to retrace all the knowledge, the culture, the ice cream museums “. The story therefore of an exceptional product, which is also closely linked to the culture, however, of the peoples who are crossed by this itinerary.

Speaking of the European Day of Artisan Gelato, the president of Artglace Domenico Belmonte confirms that 2023 will be the year of Austria. After the worthy, albeit conditioned by the pandemic, celebrations for the tenth anniversary of the recognition with the Dolce Sinfonia taste, the proposals of the nations adhering to the Confederation resume. It will therefore be Apfelstrudel Gelato, as indicated by AGIA.

Leading this meeting and presenting the many innovations and important confirmations of this edition, was the Coordinator of MIG, Dario Olivier. “Thanks to the experience gained – highlights Olivier – we will implement new models and solutions. Like the reopening to the general public, but only for Sunday – November 27 – while from Monday to Wednesday the fair will be reserved for sector operators. A day therefore dedicated to the consumer who will not only be able to taste an excellent homemade ice cream, but will also be asked to evaluate it, indicating his current preferences “.

There is also space for vegan ice cream and ice cream for animals. “In Europe there is about 6% of the vegetarian population and 3% of the population who have chosen veganism. It is therefore an interesting market that certainly affects a large percentage of the population. It has also been seen that vegan ice cream is ideal for the diet of pets, giving the possibility with the same type of product to satisfy even our four-legged friend “. The great attention to eco-sustainability has been confirmed and therefore, together with conferences and innovative proposals, also the young “Green Award”. As confirmed are the other main competitions of the MIG, starting with the 52nd Gold Cup which will see gelato makers with a classic flavor, Malaga. Or the “Gelato a Due” which brings together a chef and an ice cream maker, engaging them in the production of both a dish starring a gourmet ice cream, and a dessert ice cream. Occasions in which hotel schools will be involved and where students will have the opportunity to integrate an experience at MIG into their training path, working side by side with great masters, testing the working world that will be their future. 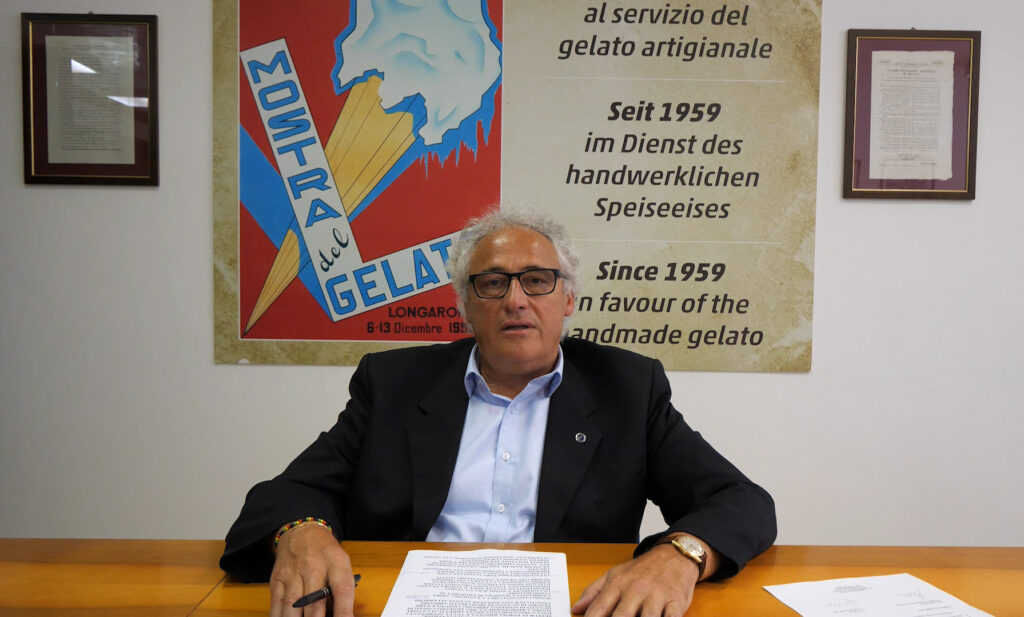