Mig 2022 honours the Giolitti family, five generations of history and ice cream parlours around the world

The ceremony on Wednesday 30 November at 3pm

A recognition of authenticity and Made in Italy, of that artisan knowledge that becomes history. Mig 2022 will award the Giolitti family, which has written pages of history not only in the field of artisan gelato, but also in the vicissitudes of the Bel Paese. Now in its fifth generation, it runs the historic outlet in the heart of Rome, a stone’s throw from the Chamber of Deputies and Palazzo Chigi, a destination for visitors, gourmets and VIPs. And it exports Italian taste and flavour around the world. Hence the award that will be presented next Wednesday to Nazzareno Giolitti, head of the fourth generation of gelato makers.

A story, that of Giolitti, which runs parallel to certain events that have marked the History (the one with a capital ‘s’) of Italy. It began at the turn of 1948 and 1949, with a journey. The Giolitti family, originally from Piedmont, follows the French troops of Louis Napoleon Bonaparte called by Pope Pius IX to retake Rome after their forced exile in Gaeta. These were the months of the Second Roman Republic and revolutionary uprisings. And Giuseppe Giolitti, owner of dairy cows, supplies the soldiers with cream, butter and other products. An ante litteram catering service that already portrays the far-sightedness of a family that will make its way.
The Pope, thanks to the French troops, manages to retake Rome, and Joseph, thanks to his practicality in handling animals, begins to work for noble Roman families as a stable boy. An accident, however, forced him to change business: he took over a commercial licence and set up a dairy at the Salita del Grillo, a stone’s throw from the Imperial Forum. Over the years, the business prospered and grew, also incorporating the collection of milk from the pastures around Rome. And the first form of publicity was also born (again because the Giolitti family had long sight): Giuseppe exhibited his children outside the shop, ‘armed’ with cups of milk, and the chubby faces of the little ones, the mirror of prosperity, triggered word of mouth about the quality of the products that came out of the dairy, essentially butter and cream.
Ice cream arrived in 1905, with the second generation. Nazzareno Giolitti, the son of Giuseppe (one of the children who advertised milk at the Salita del Grillo) opened a second dairy in Testaccio, with a bar. And he began to make the first ice-cream products. The flavours are those of yesteryear, few but genuine. And they work. So much so that the ice-cream parlour split into two: in 1930 Nazzareno left the Testaccio premises to his brother Angelino and opened the historic headquarters in Via degli Uffici del Vicario, in the heart of the capital, twenty metres from Montecitorio. The premises that is still the ‘kingdom’ of Giolitti, as well as of artisan ice cream Made in Rome.
This brings us to the third generation, that of Silvano Giolitti and his wife Silvana, who gives great impetus to the ice-cream parlour: they open a second location in Eur, and transform the genuineness of milk and cream into exceptional products, renowned and appreciated even by the American actors who tour the city. After all, these are the years of the ‘Dolce Vita’ and what could be sweeter than Giolitti’s ice cream?
From there it is a race, well beyond the Roman and Italian borders. The fourth generation (that of Silvano’s children: Nazzareno, Margherita and Giovanna) carries the Giolitti name around the world. The head remains firmly in Via degli Uffici del Vicario, but in the meantime they are opening ice-cream parlours in franchising in Denmark, Sweden, the United States, Istanbul, Dubai, Kwait City, South Korea and Japan. It is precisely in Tokyo that the third Giolitti ice-cream parlour will open in the coming weeks.

THE ‘PILGRIMAGE’ OF HOLLYWOOOD STARS

In the meantime, three generations are working in Rome at the same time: Silvana’s generation, still operational and vibrant; that of Nazzareno, Giovanna and Margherita; and that of their children, Silvano and Fabiola (Nazzareno’s descendants), Benedetta and Beatrice (Giovanna’s daughters), Andrea and Francesca (Margherita’s children). A family history that is also known overseas. In fact, the ice-cream parlour in the heart of Rome is the destination of ‘pilgrimages’ by Hollywood stars, who got to know it thanks to the film ‘Roman Holiday’. In William Wyler’s famous film, Gregory Peck and Audrey Hepburn eat Giolitti ice cream: it was Silvano who brought it to the set, covering the route from the artisan’s workshop by bicycle. “Since then,” says Nazzareno, “every year great actors come to eat our ice cream. From Dustin Hoffman to Michael Keaton. The last one to come by, not long ago, was Sylvester Stallone’.

The history of Giolitti ice cream certainly has no intention of stopping. It is heading for new goals, without ever abandoning the artisan know-how that has made it great. And this is what will be rewarded in Longarone, on the occasion of Mig 2022 (scheduled from 27 to 30 November). The Giolitti family will receive the ‘Master Gelato Makers’ award on Wednesday 30 at 3 p.m. A recognition of ice cream as a symbol of the great Made in Italy. 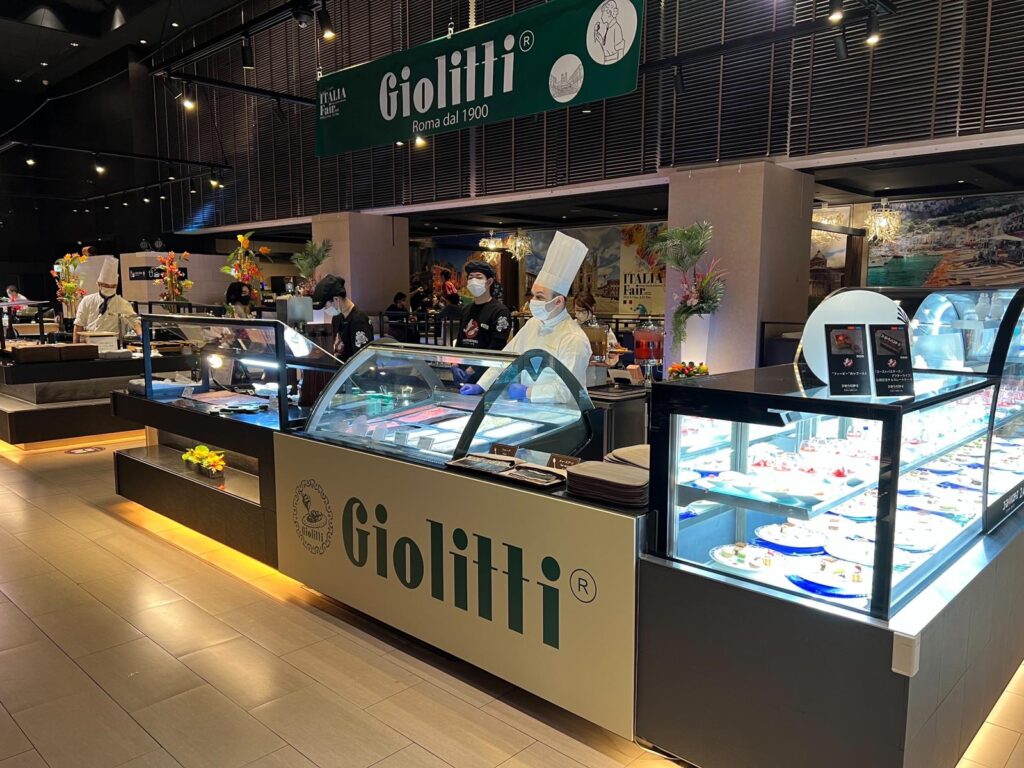