The volcanic Maria Pia Premuda Marson: 94 years old, two degrees and a book on the silkworm: “I understood man by studying the silkworm”. In looking for stories of people in our villages of the Left Piave it is not difficult to come across women and men who have had a difficult path. The thing that unites these characters most is that they become real “living icons” over the years.

One case above all, Maria Pia Premuda Marson: 94 years old, two degrees, one in pharmacy and one in literature. The volcanic lady is originally from Codognè, daughter of Nicolò Premuda, one of the historic mayors of the town, who with her charismatic vision transformed the town into a center enlivened by the presence of the Maset Barracks, where thousands of soldiers from all over Italy came to spend the “Naja” by injecting new forces and resources into the country’s quiet economy. Ms. Maria Pia has a tenacity and lucidity that amaze, as are the almost thousand pages of her compendium on the silkworm written at the age of 86, “Bombyx Mori”.

“Believe me, I learned more about human life by writing and studying this fabulous insect than by studying to get my two degrees”, says Dr. Maria Pia Premuda Marson, who has written a compendium on “The importance of an insect in the life of man “: in the 645 pages it tells everything, from the origins providing unpublished documentation and precise references. “A bug encyclopedia” could be defined.

“My mother with her tenacity saved all the enormous historical heritage contained in the Institute from certain destruction and it is thanks to her that today we can make this journey through time by telling visitors the story of this wonderful insect but perhaps still, despite all little known “.

In the center of Vittorio Veneto, the “Museo del Baco” has existed for some time: it is a space created inside the Marson Bacological Institute, founded by Domenico Marson, a Victorian citizen, in 1882. Silk was of great importance immense economic, so much so that until the nineteenth century it was treated in the same way as gold and whoever brought the secret of the processing of this precious fabric outside the borders of China was condemned to death. Some tried. Two monks succeeded in 553 AD. Emperor Justinian, like others before him, had heard about how this precious “filugello” was produced which was mistakenly thought to be of vegetable origin and when the two monks returning from a trip told him the truth and brought him the evidence , in the form of silkworm eggs, the emperor launched an intense campaign to spread this culture. Hence, riding through the centuries, the bug reaches our days.

Sericulture in Vittorio Veneto began thanks to the intuition and acumen of Dr. Domenico Marson (1854-1930) graduated in Pharmaceutical Chemistry. Having obtained his bacologist diploma at the experimental control station in Padua, in 1882 he began the production of ‘silkworm seed’ and his factory in Vittorio Veneto obtained a reputation for his studies and his happy experiences.

All the instruments of the time are perfectly preserved in the Vittorio Emanuele museum, such as the old tools to divide the males from the females during the “flicker” (the moment in which the butterflies leave the cocoons to mate and lay their eggs), the microscopes and the equipment . A wealth of objects that if it had not been for the tenacity and determination of the elderly mother would have probably been destroyed, taking away an important piece of our culture and our history.

At the end of the visit one has the impression of having stepped out of a fairy tale, from a cloud that smells of the nineteenth century and which is a pleasure to find here today perfectly in order, immobile, as if time accomplice had stopped in a frame in black and white. 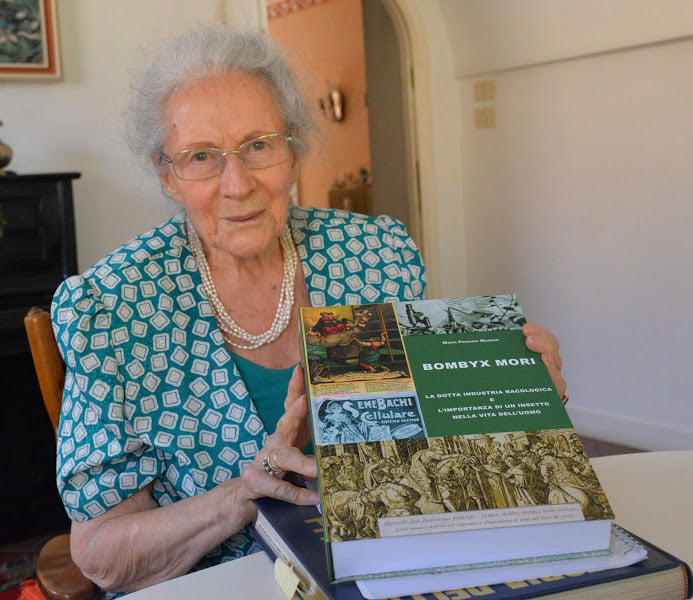