Inauguration of the Fair & Festival of the Forests in Pian Cansiglio

Cansiglio, 10 September 2021. The third edition of the Fair and Festival of Forests was inaugurated today, Friday 10 September in a special guise. It was not held in the location of the Longarone Fair but in the magnificent setting of Pian del Cansiglio. After a wonderful “overture” of the violin duet with the FVG Cultural District, we moved on to the “ribbon cutting”. An absolutely different edition and in some ways more modern and projected towards the future that saw the collaboration of Veneto Agriculture, the FVG Autonomous Region, international partners and BICE.

Numerous guests of honor in the audience that hosted the inauguration but the first to speak was Nicola Dell’Acqua, Veneto Agriculture Director: “We are going through a very special period. We are living with the Covid pandemic but we are also committed to protecting the environment. We are here talking about woods and forests and we do it with in comparison. The trade fair world thus becomes an important showcase for protecting and discussing two topics that are our assets. The wood itself, in Italy, is protected by two certifications for quality and biodiversity and the Forest Fair and Festival guarantees a meeting and comparison between products of the highest quality ». It was then the turn of Gian Angelo Bellati, President of Longarone Fiere Dolomiti. «I thank the Friuli and Veneto Agriculture region for supporting us in this edition. The cooperation of the Fair with international bodies and with countries outside the European Union gives the event a showcase of particular importance that will allow us to bring our discussions and our ideas even beyond our borders. For us at Fiera Longarone there are many news and I thank President Padrin for the support given by the institutions. There is enthusiasm for this new “first” experience. This third edition stands out not only for a strong presence in the Northeast but also for the desire and commitment that everyone has put in to make the event possible in the municipality of Alpago. Interviewing with many international partners means giving new life to our environmental heritage ».

In the middle there is also a letter from Governor Zaia, engaged in the civil protection of Marghera. «The forest is a fundamental presence in the cultural and historical heritage of our Region. An example of this is the 1600 history of the Republic of Venice which it dominated by building its ships and its oars with the masts of the Cansiglio. Having said that, the Vaia tragedy must be a lesson for structuring hydrological interventions to deepen and avoid other calamities of this type. Preserving our woodland heritage and protecting it with targeted actions is our specific duty ». It is then the president of the Province of Belluno Padrin who intervenes: «These are the occasions to confront and find solutions together with Veneto Agriculture, the Region and the many partners involved. I thank Bellati and De Menech and the authorities present who strongly believe in this fair that has been going on for three years and I hope that the next events can also be done with more serenity ». The President Marco Bussone of UNCEM: “Honored by the invitation to an event that is a demonstration of the growth and cultural capacity of human and social capital and that addresses this available resource, namely the forest, with a look to the future with connections and collaborations also international “. Do not forget some speeches by political representatives who attended the inauguration. If for Roger De Menech “Bringing its supply chains back to the mountains to revive and repopulate it is a goal not to be missed by taking concrete action together with the Region and the Province, taking care of the collective good of forests by teaming up between public and private resources that we will have in the coming months, taking our projects out of the Longarone fair “, according to Martina Loss, Honorable Agriculture Commission, underlines a” Specific attention to the mountains. Thanks to a national forest strategy in the home straight, it is time to activate tools. It is not enough to write a plan but it must be implemented. Europe is also carrying out similar initiatives for forests and woods and for us the challenge will be for the environment and energy by transforming our wood into renewable energy. And Europe must have a common thread on what the mountain territory can give to all countries “. Edi Pastrovicchio mayor of Vodnjan in Croatia also intervened on the wave of this enthusiasm, for whom the “synergy between the Northeast and Croatia is essential to protect a heritage that is world-class”. Also through the work of Europe Direct, represented at the inauguration by Francesca Vianello and the Head of the Venetian Mountains. A capable company, starting from Venice, to create a widespread training network pushed towards information on the importance of our woods and forests. The presence of Fabrizio Spada representing the European Parliament also demonstrates the importance of this third edition: “I thank President Bellati for the European cut given to the event. Safeguarding agriculture and employment are also our objectives. In recent months we have been debating on the future of agriculture in Europe and the Fair is a very important tool for these objectives “. The presence of Ambassador Miguel García Winder, Representative of Mexico at the United Nations agency in Rome, demonstrating the internationality of the event. preserve biodiversity and I hope to find common paths in these two days that will lead us to safeguard our and your forests ”.

To close the speeches by Rinaldo Comino, Director of Forestry Service and Forestry Corps of the Aut. FVG Region who brings greetings from the councilor and the Friulian council, underlining how in the NoerEst you breathe a European air at the fair. “We still have a lot to learn – he says – also taking advantage of our geographical position to bring the person who is a key interlocutor to the forestry center in launching and relaunching the theme of forests and their protection”. Councilor Veneto Corazzari asks that man not be estranged from nature by creating a devastating concept that would only lead to the degradation of the mountain but exploit events such as the fair to give an example of synergy and bring a strong message to safeguard the forest and the environment . In the end, the floor is up to Raffaele Cavalli, President of the Technical-Scientific Committee of the Fair and Festival of the Forests, who kicks off the round table “The future of the forest world in Italy and Europe – climate change and the environment”, conference for the future of Europe. 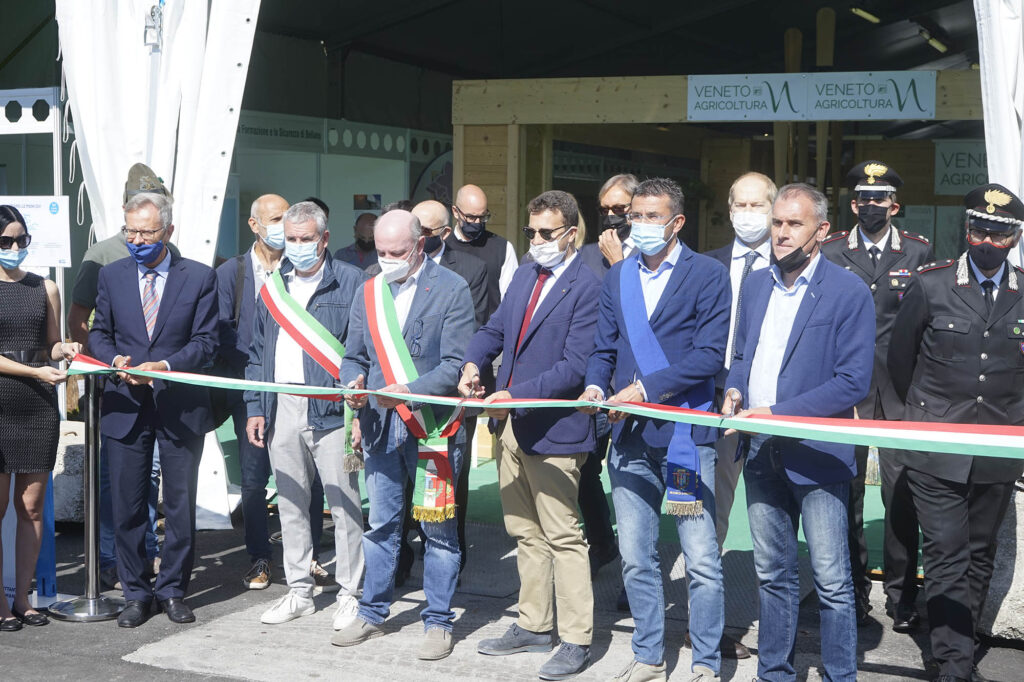