In Treviso and its province three bike routes for 500,000 tourists

Five hundred thousand passes a year. Like the Alpine gathering of records. But “smeared” all year round, strictly on pedals, mostly foreigners. And of all ages. It is a fantastic tourist treasure, the one that Treviso and the Marca have, in their enviable position as the gateway to Venice, the lagoon and the sea.

And the capital, with its hinterland, has three axes to play, on the international level: because in addition to being the antechamber of that unique pearl in the world that is Venice, it offers three cycle (and pedestrian) routes of absolute value. The Claudia Augusta, or the Monaco-Venice (incredible, it was a motorway totem, but it never came about and instead became a reality for bicycles: a singular historical nemesis); the Sile greenway, which now allows you to start from the Casacorba springs and arrive at the mouth, at the Jesolo lighthouse; and the Treviso-Ostiglia, which on the site of the ancient railway line allows you to cross the Po valley and reach the Po, not far from Mantua. And this without counting the latest developments, the future cycle path of the Piave, which will allow you to ride your bicycles along the banks of the river sacred to the Fatherland, from Segusino to Zerman.

The confirmation comes from the fact that more and more cyclists from half of Europe parade even in Piazza dei Signori. “The offer of the territory, the wealth of tourist attractions but also food and wine and the absolutely privileged position make our territory a sort of cycle corridor towards Venice, which however also offers very interesting branches, full of attractions”, confirms Gianni Garatti, president of the Marca Treviso tourism promotion consortium, “just recently in Monaco, presenting the cycle paths, we had the confirmation that by standard, mileage, places touched, very sustainable distances, even in the order of a few hours of pedaling, Treviso and the place them on absolute international levels, and that when fully operational this system is potentially worth 500,000 passages a year, with related induced activities ».

Germans and Northern Europe are the first tank to look at, of course. But Garatti invites the Treviso tourism system to take advantage of all the opportunities “Nothing is done overnight, I state, but it is clear that if you want to exploit this treasure you must also start thinking about the services to be guaranteed for these tourists. I do not say poor tourism, but second level tourism as is often thought “, he continues,” and therefore the services and structures must be rethought, which means luggage transport, but also technical assistance for bicycles, agile overnight stays, but also Possibility of sending the Prosecco carton or other products, or souvenirs to their homes. This is why I say that potentially different supply chains are involved “: food and wine, of which Prosecco is only the first ambassador, but the same bike district, with Pinarello brand known all over the world, the same logistics”.

A bet for the entire territory, the one that Garatti designs, now that the Treviso cycle paths can really create a system, waiting for the network to be completed. “It is impossible to make precise calculations, but certainly the activities that this type of tourism can bring to our territory is absolutely relevant,” says Garatti, “it is an opportunity not to be missed. The ability to create a system and to exploit all opportunities, in connection with exhibitions and events, large events, will be decisive. Really, it is the new frontier that Treviso must be able to tackle in an exemplary way: the benefits can be extraordinary ». The recipients also seem to be the newborn Ogd girls, but there really is something for everyone: just think of signage, signage, marketing, promotion on the web and social networks. If they are roses, they will pedal. 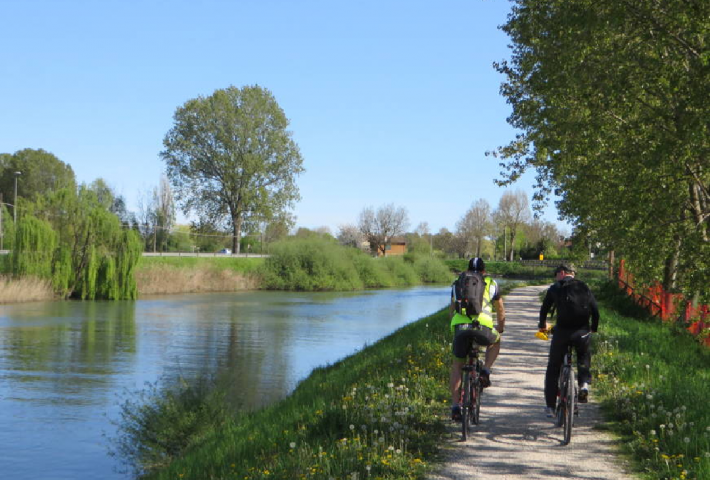