His majesty the Spit.

His majesty the spit, a specialty of the foothills cuisine, is officially part of the traditional food products, and is included in the special list prepared by the Ministry of Food Policies. The so-called ‘traditional products’ are agri-food products whose processing methods have been consolidated over time, homogeneous throughout the territory concerned, according to traditional rules. They are among the typical products and are the subject of particular attention by local, regional, national and European Union governments. In the traditional Venetian basket, the meat spit combines products such as the soppressa trevigiana, the potato from the Quartier del Piave and the chestnuts from Combai.

Precisely to enhance the Altamarca spit and deepen its historical link with the territory, the Academy of the Spiedo d’Altamarca was born, whose president is the gastronomist Danilo Gasparini of Slow food.

RULES OF THE ALTAMARCA SPIT

Preparation of the meats:
• Cutting the meat into pieces.
• Recommended size: about 120 grams.

Lardelle (lardèe)
• Both salted and uncut lard is used in the proper measure.

Cooking time
• Generally from 5 to 6 hours (the first hours on a moderate heat) and in any case all the time necessary for each variety of meat to reach the typical cooking color.

Wood:
• Of non-resinous essences, for example hornbeam and beech, typical dry of our hilly and pre-alpine woods.

Aromas:
• Leaves of local sage, with small leaves, without petioles; rosemary can also be used.

Salting and additions:
• Fine cooking salt, from half cooking onwards.
• Authorized additions: pepper, extra virgin olive oil or seeds, wine.
• The use of the greedy sauce is not recommended.

Precòt: consisting of lard wrapped and lit in straw paper with which a “hit” of fire is given to the meat that turns on the spit
• Optional technique.

Table service:
• The meats must be served hot and crunchy.
• The side dishes (cooked herbs, beans, field radicchio, potatoes) must be served separately.
• Do not miss the polenta, preferably white flour.
• Wine: traditionally the prosecco from our hills was used, but a good red is also good for us. 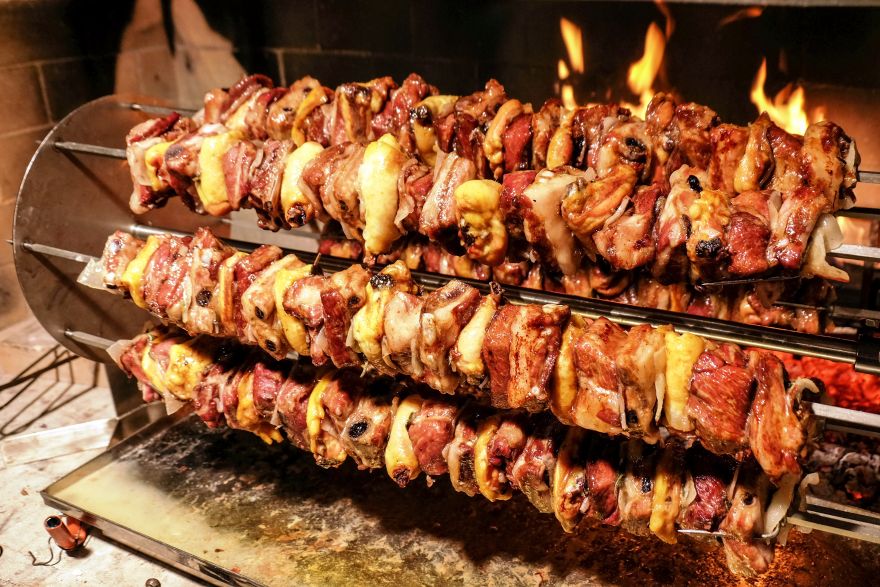