From the Film Festival to the Prosecco Hills: Venice crowns the Wall of Ca ‘del Poggio

“There are places that have always been there. Everyone knows it, everyone goes through it. Then, one day, thanks to an idea, an act of courage, they become places where history passes “.
Thus began the work that the director Nazareno Balani dedicated to the Muro di Ca ‘del Poggio. An act of love, of sincere passion, which last night, at the Avanspettacolo Venice Cabaret, on the occasion of the 76th Venice International Film Festival, received the Leone di Vetro award as best short film for the particular attention it dedicates to the territory.
Balani, director of the greatest companies in world sport, discovered the Muro di Ca ‘del Poggio on the occasion of one of the many passages of the Giro d’Italia along what is now commonly referred to as the symbolic climb of the Prosecco hills, a road which climbs sinuously, for over a kilometer, among the vineyards of San Pietro di Feletto.
This is how “I don’t know how, but it happened” was born, a short film that runs through the four seasons (spring, summer, autumn and winter) of the Muro di Ca ‘del Poggio and celebrates it as a symbol of four key elements of the territory: sport, economy, religion and culture.

The images of Balani range between the hills of San Pietro di Feletto, focus on the great sporting events that periodically run through the Muro di Ca ‘del Poggio (from the Giro d’Italia to Prosecco Cycling, from the Gran Fondo Pinarello to many other cycling races) , highlight the religious tradition of a territory that not only hosts the millenary Pieve, but was also a place of prayer and meditation for the future Pope John XXIII, the “pope of the smile”.
Places and people. In his short film Balani, with the collaboration of Christian Bohm (shooting and editing) and Fabio Zappacenere (shooting), he also gave voice to the cyclist Piero Chiesurin and the farmers Gino “Biaset” Casagrande and Clorindo Dall’Anese. They, the Muro di Ca ‘del Poggio, know it closely, live it daily and have expressed the pride of being part of it, of having contributed to its growing popularity.
“I don’t know how, but it happened” he received the Leone di Vetro award from the hands of Giovanni Cher, president of Hoteliers in Treviso. Alberto Stocco, co-author of the short film and manager, with his family, also went to the stage of the Avanspettacolo Venice Cabaret, together with Balani, in an evening organized by the Treviso Film Commission and entirely dedicated to Venetian cinema or cinema related to the Treviso area. of the well-known restaurant & resort located on top of the Muro di Ca ‘del Poggio. “I don’t know how, but it happened” is the perfect synthesis of a territory with many attractions and which is also capable of writing film stories. Applause. 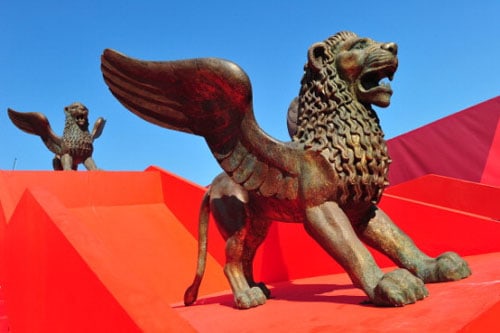