From Ca ‘del Poggio to Mûr-de-Bretagne for Sammy Basso

Piero Chiesurin, Filippo De Luca, Luca Dell’Armellina, Giandomenico Santarossa and Romeo Bissoli will cycle from Italy to France with the aim of raising funds for research on progeria. Departure on 13 August from San Pietro di Feletto and arrival in Guerlédan after a seven-day journey that will unite the Unesco territories of Prosecco and Champagne

With pedal strokes from Italy to France. Fatigue and passion, accompanied by a noble purpose: to raise funds for the Italian Progeria Sammy Basso onlus, A.I.Pro.Sa.B.

Five Treviso cyclists of the “Squadra Fortissimi” – Piero Chiesurin, of Sernaglia della Battaglia, Filippo De Luca, of Vazzola, Luca Dell’Armellina, of Santa Lucia di Piave, Giandomenico Santarossa, of Fontanelle, and Romeo Bissoli, of Salgareda – will leave on 13 August from the Muro di Ca ‘del Poggio, in San Pietro di Feletto, and they will cycle for seven days until arriving, on 19 August, in Guerlédan, a French town in whose territory the Mûr-de-Bretagne is located.

From 12 July 2018 the Muro di Ca ‘del Poggio and the Mûr-de-Bretagne – also the transit venues of the 2020 Giro d’Italia and the 2021 Tour de France – are united by a twinning that also involves the Grammont Wall, the famous ascent of the Tour of Flanders which completes a triptych of climbs that made the history of great cycling.

“The great enterprise”, as the five Treviso cyclists who will sacrifice their holidays for it defined it, will develop for a total of 1665 kilometers divided into seven stages: an average of 238 kilometers per day, also overcoming important differences in height (2336 meters daily average).

There are walls that divide, but also walls that unite. The journey from San Pietro di Feletto to Guerlédan will also serve to consolidate the historic twinning between Treviso and Orléans, cycling cities since 1959. It will also be the occasion for a symbolic meeting between the Unesco territories of Champagne and Prosecco.

However, the purpose of the long bicycle trip will be above all to help research on progeria, the premature aging syndrome, which Sammy Basso suffers from, the 25-year-old from Vicenza who has become one of the world’s symbols of this rare disease.

Each of the 1665 kilometers of the trip will be “purchasable” with a free offer and the entire proceeds will be delivered to Sammy Basso at the end of the trip. La Grande Impresa will be followed on the social channels Il Muro di Ca ‘del Poggio (Facebook) and lagrandeimpresa (Instagram). The countdown can begin. 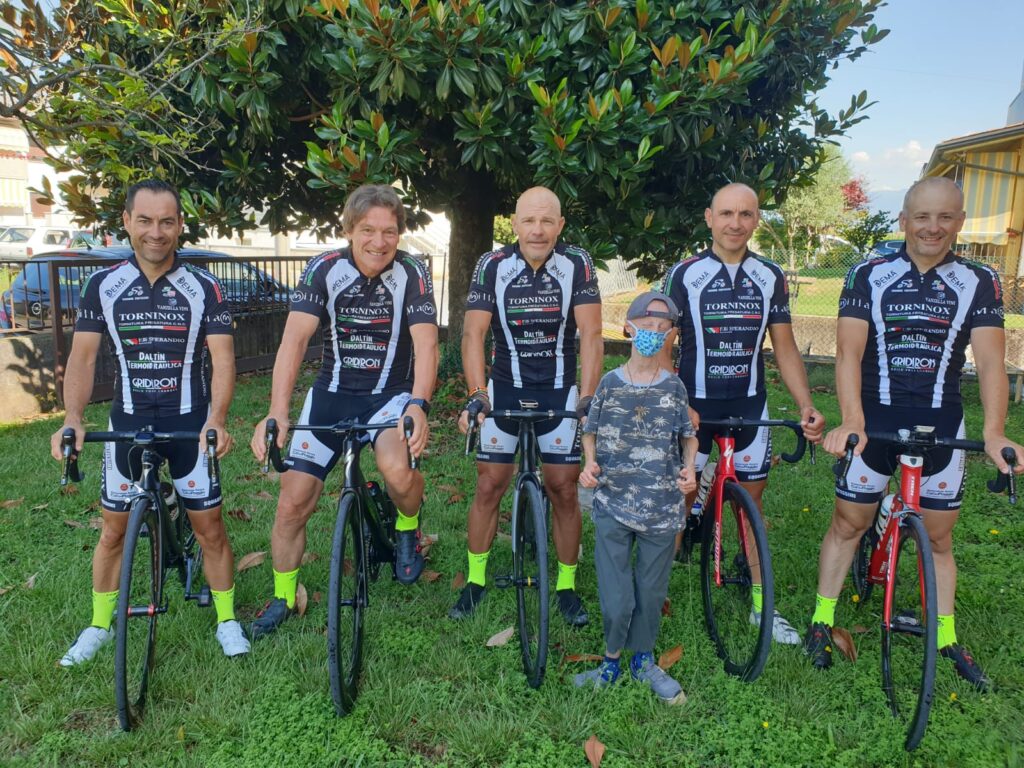