At the Museum of the Piave River on Jan. 21, the exhibition opens.

In an effort to remember and pass on Venetian history to new generations, the Municipal Administration has decided to organize an exhibition illustrating the ancient craft of the Piave River Zattieri, a historic activity that enabled the transportation, via rafts, of lumber and other goods from the Belluno area to Venice by taking advantage of the waterway. In early December 2022, the Zattieri were recognized as a UNESCO Intangible Cultural Heritage.

The exhibition, titled “Zattieri – History of the Zattieri of the Piave River,” will be a photographic and exhibition narrative explaining the complexity of carrying out this strenuous and dangerous work, the role and functions of the Zattieri, Menadàs, and Anghieri, from cutting timber, to working the sawmills, to working the hazel “sache” to tie the various logs, to making and using the Risine, Cidolo and Stua.

To facilitate the children’s learning, the tour will be guided by an audio composed of a narrator’s voice and Grandfather explaining, to his grandson, the sequence of the various operations, why they were performed in this way, the function of the dams, chutes and what is related to them. There will also be workshops designed for schools where children can carry out activities related to the event.

At Passo Barca in Falzè di Piave, a hamlet in the municipality of Sernaglia, there was a port of exchange where the Zattieri who left from Belluno delivered the Zattere to the Zattieri of Ponte di Piave and returned home on foot along the Praderadego or Sanboldo road. It will be possible to reach this site starting from the CEA-MEP in Fontigo, following a connecting path to be traveled by bicycle, on foot or by car (paved road), which leads to Passo Barca in Falzè, where a “coppola,” part of a full-size raft, and a stone millstone (goods transported by them) found in the bed of the Piave River and recovered as a historical artifact are placed.

The exhibition will be opened on Saturday, January 21, at 4 p.m. at CEA MEP in People’s Square, 1 in Fontigo, and will be open to the public on weekends and by reservation during the week. 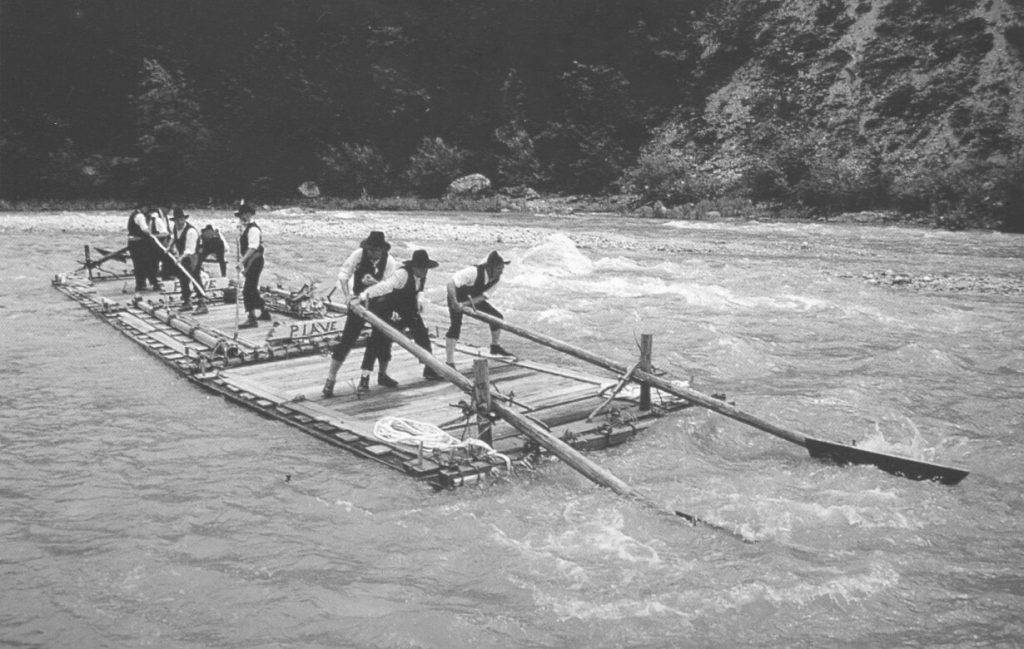