From time immemorial in Tarzo, along the slopes less suitable for sowing, the cultivation of “Figo Moro”, called “Longhet”, is widespread. The shrubs do not require special care and grow in the most inaccessible areas, where it would be difficult to grow other fruit trees.

Peculiarities of the small fruits of these trees are the elongated shape, the purplish-brown skin and the particularly tender and fragrant pulp, sweeter and of better quality than other species. It is a “complete” fruit, rich in sugar, energy, mineralized (contains iron, phosphorus and calcium) and vitamins (A, B1, B2, PP and C). The “longhet de Tarz” can be eaten both fresh and dried. Furthermore, there are many uses in the kitchen: in desserts, in jams, in a sweet and sour combination with cold cuts and cheeses, or in grappa.

Due to its characteristics, the “cool longhet” requires a short supply chain. Its distribution should take place directly in the place where it is produced, favoring the local growers themselves and creating a very close link with the territory.

The cultivation of the black fig, locally called Figomoro, has been widespread since ancient times. The particular microclimate of the piedmont area, located close to the Pre-Alps and the Veneto-Friuli plain, the diversity of the mineral salts of the subsoil, including a lot of limestone, potassium and magnesium, as well as the location of the plants in steep slopes, give the fruits unrepeatable qualitative and organoleptic characteristics of the area, and in any case such as to make it famous and sought after. Its value is historically recognized, so much so that it has constituted an important food supply for its energy and medical qualities, especially in times of famine or “difficult”.

The black fig is characterized by a very elongated shape compared to the common one and by a tender, savory and noticeably sweeter pulp than the other known species.

Brief description of the product

Plant: trunk with light gray smooth skin, large branches usually twisted, large, rough and leathery leaves. If left to grow naturally it does not rise much from the ground reaching around 3 / 3.5 meters.

It is particularly suited to the dry terrain of the slopes. The plant’s extreme ease of rooting is known, so much so that it generated, instead, a popular saying “if you plant a branch on St. Mark’s day, after four years you will eat the fig”

Leaf: bright green, wrinkled and rough, its perimeter is never linear, resulting in a continuous succession of curved broken elements, both concave and convex. It is normally formed by 5 lobes with large ribs

Fruit: much elongated than the common. Ripens in about 30/35 days with an average fruit weighing about 30/50 gr per fruit. Generally, a plant – in production for over 5 years – can give 70 to 100 kg of product over a season, depending on its age. The sugars fluctuate around 15%, while the fiber content is 3%.

Skin: initially light green in color, it changes color to become purplish-brown, tending more and more to blue and then to black, as ripening or even drying on the branch increases. In the same ripening process, the peel tends to become softer and thinner. This, at the time of harvest, is very tender and delicate and is easily damaged.

Pulp: tender and savory, of an intense cardinal red color, particularly fragrant at the moment of ripening, it is considerably sweeter and of better quality than most of the other known species.

Ripening: occurs in two moments, for two blooms quite close to each other, clearly distinguishable on the same branch. For the figs born in June, – “FIORONI”, larger, beautiful to look at but less tasty – we arrive at the harvest in the first half of July, while the second, much more abundant, with a smaller product, darker skin , and much tastier, it starts around mid-August, mid-late September. It is influenced by the course of the season but above all by the rains that may fall during the ripening period and which cause it to accelerate or even to the explosion of the ostiole.

Description of the processing, conservation and maturing methods

It is the most delicate point of the entire cycle, it must be performed meticulously and absolutely by hand, piece by piece, removing the entire petiole, and not damaging in any way the peel, on which the presence of a single break in length that heals spontaneously (on the fioroni) guarantees the exact ripeness. The product must be placed vertically in easily aerated bins. Storage is only possible for a short time and can be extended for a maximum of 2/3 days before starting the sale, in refrigerators at a temperature of 4 or 5 ° C and relative humidity and 90%. The productions linked to ancient local recipes are highly appreciated by the market as well as for the easy combination with any food also for the certainty of the superior quality offered. This transformation, however, is particularly delicate as it is a fruit very rich in sugars which, if not harvested at the right time, give rise to acidity. 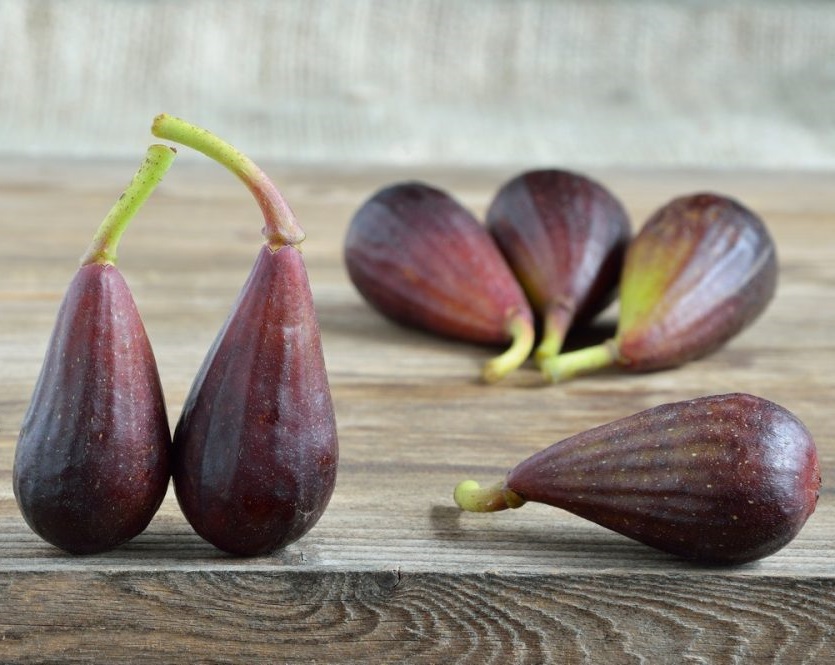