Fair and Festival of the Forests: the third edition in Cansiglio and online

Reflection on the environment: the future of forests and woods is at stake

The third edition of the Forest Fair and Festival is kicking off with Boster Nord Est: three days in Cansiglio and online, which after Vaia and Covid-19 focuses on a new sustainable and international transformation.

Two initiatives for one big event. The third edition of Fiera & Festival delle Foreste will be inaugurated on Friday 10 September, at 11 am in the ex-Hangar of Veneto Agricoltura in Cansiglio, accompanied by the forest mechanization of Boster Nord Est, a brand acquired by Longarone Fiere Dolomiti.

The presentation of the great event dedicated to the world of forests was held online on Friday 3 September. The importance of this was first emphasized by the President of the Province of Belluno, Roberto Padrin, who did not fail to thank the organizers for setting up an event in such a delicate moment, and with the participation of many companies in numerous events. A manifestation of Forests with specific intentions and messages, as it is a national event born after the Vaia storm. For Padrin “the event was born precisely to try to give food for thought, but above all to reason about what the future of the forests is” and adds that it is also necessary to make “a reasoning on how to transform our forest”. He then concludes in the hope that “this event can leave a precise mark and that it can send out messages that our territory needs to receive”.

The President of Longarone Fiere Dolomiti, Gian Angelo Bellati then continues, highlighting the “goals that are the object of great pride on the part of the organization, which are basically two. The first consists in the fact that we have reached the third edition with many co-organizers. Veneto Agriculture first and foremost, the main partner since the fair is organized in Cansiglio near its offices. The second consists in team play between partners and trade associations, external partners such as the FVG region which partly hosts the Cansiglio area ”. He also underlines the international character of the event with partners such as the “European Parliament with the representative office in Rome, the European Commission with the two representative offices in Milan and Rome and the Ministry of Agricultural Policies and various countries such as Croatia, Romania , Austria, Bulgaria and all our neighboring countries, and again the non-EU countries such as Mexico which will be present with its Ambassador at the United Nations agency in Rome and Costa Rica. There will then be many stands, many companies and Institutions and on this occasion the Life Vaia project will be presented, of which the fair is a partner with Veneto Agricoltura and which consists of a very important project of the European Commission which aims to deepen the support and development initiatives of the areas devastated by the storm Vaia, but which also has a general purpose for the entrepreneurial future of the area. It will also be present with its Europe Direct offices and a conference on the future of the European Union will also be held “.

Following the speech by Nicola dell’Acqua, Director of Veneto Agriculture who underlined how the Veneto Region firmly believes in specific trade fair and sector activities, stating vigorously “they must be the engine of economic recovery. Although the agricultural sector has been less affected, there are sectors in agriculture that have suffered much more. Fairs and events are seen as a possible recovery ”. Another specific aspect of the wood supply chain is that “there is a lack of coordination within the supply chain. There are many small players who have been overwhelmed by great powers that have made up for the lack of a supply chain that absolutely must be recovered and the fair must be a moment of reflection on how the Region can help this sector “. Another aspect is to make strategy with other regions, the Cansiglio is a strategic place for this type of relationship. Especially for such weak supply chains, the Triveneto system could respond better than that of the autonomous regions and provinces. It pays to work in synergy. The other event of the 1600 years of the Republic of Venice is also important to emphasize the cultural aspect as the economy of Venice was mainly based on forests “. Fiera & Festival delle Foreste will be held from 10 to 12 September, while the following weekend, 18 and 19 September, the event will be held in the same area, again organized by Veneto Agricoltura and Longarone Fiere Dolomiti “Venice 1600 and sustainable management Foresta del Cansiglio ”, both from 9 am to 6 pm.

The Autonomous Region of Friuli Venezia Giulia is also focusing a lot on the Fair and Festival of the Forests, which involves as many as three departments, also making use of the FVG Wood Furniture Home Cluster this year. Speaking today was Rinaldo Comino, Director of the Forest Service and Forestry Corps FVG who took the opportunity to recall the great work of relaunching the supply chain that FVG is carrying out with the Cluster and the other partners, such as AIBO, Association of forest companies, in particular by combining transformation and manufacturing to relaunch the transformation activity and to bring correct communication. In fact, for Comino “there are many positive elements starting from the support of the PA, with the Directorate General for Forests and Dr. Stefani of MIPAAF, but we know that the forestry and wood sector must create a common heritage in civil society, aware that innovation and change are absolutely necessary. From this system we must acquire that immediacy, concreteness and speed in proceeding and in considering the forest heritage as fundamental for the development of mountain populations and their economy “.

The President of the Festival’s Technical Scientific Committee, prof. Raffaele Cavalli – TESAF, UniPD – underlining the important organizational complexity of the schedule deriving not only from the number but also from the type of proposals for the three days of the event. The professor. Cavalli in fact reports “24 Bodies and organizations operating at national and regional level – Veneto Region and FVG Region – mainly active in the forest-wood sector coordinated in 4 macro areas: research and experimentation, training, dissemination, culture. With reference to the Research, the results of 6 projects, with regional, national and European funding, and of the research activity in the field of forests coordinated by the University of Padua will be presented. As regards training, there will be 13 different initiatives with both theoretical and practical approaches aimed at professionals and technicians in the sector. This will be followed by a dissemination activity with 17 initiatives aimed at both professionals and the general public, with a particular focus on young people. Finally, the Culture macro area with a series of events ranging from music, to non-fiction, to sculpture linked together by explicit references to the forest and wood. It is a program of events that constitutes the backbone of the Fair and Festival of the Forests which in this way can go beyond the dimension of a simple niche exhibition hall and aspire to become a real point of reference for all those who are interested in the forestry sector “.

In addition, there will be a great show with Boster Nord Est that is an event with a particular format as it sets up an exhibition and demonstration of machines and equipment for logging and the first processing of wood directly on forest sites, thus overturning the paradigm of the traditional events that take place. in the city: here is the manifestation of the fair that goes to the territories in which they are used, namely the mountains. In fact, Boster Nord Est is configured as the appointment for operators of sustainable forest management. There will also be many industry-leading forest mechanization companies with the best of forest technology where they will be able to do dynamic demonstrations and test machinery.

From 10 to 13 September there will therefore be the opportunity to meet both online and in person in the Cansiglio plain to evaluate the results of this 3rd entirely environment-oriented edition of Fiera & Festival delle Foreste, the exhibition-conference that boasts a very rich program of cultural events whose value and level has been guaranteed by the precious work of a scientific technical committee chaired by prof. Cavalli, but which had among its members prominent figures such as Giustino Mezzalira, director of the research sector of Veneto Agriculture, Maria Cristina D’Orlando of the Aut. FVG Region, Luca Cesaro of CREA, Orazio Andrich, President of the Order of Agronomists and Forestry Doctors of Belluno and Alberto Negro, President of ANARF.

To close today’s speeches, the President of the FVG Cultural District, Dolores Deriu Frasson, who, representing the Department of Culture of the FVG Region, highlighted how to open and close this event will be two exceptional musical events that will see the participation also of the first violin of the Solisti Veneti, Maestro Lucio Degani and the use of a faithful reconstruction of the portative organ of Leonardo Da Vinci. 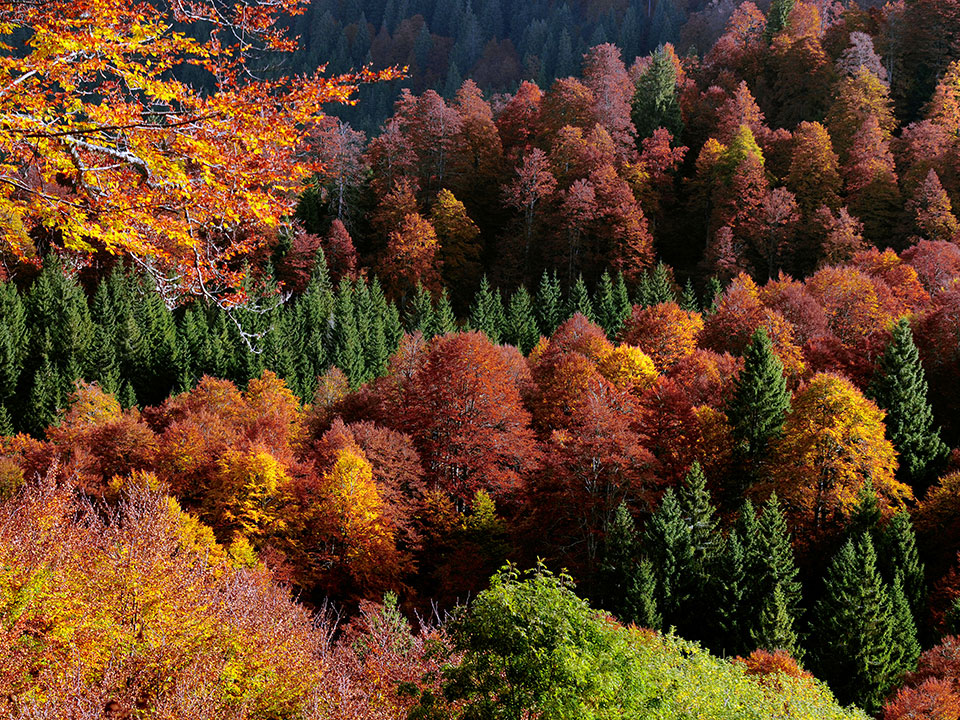