Enthusiasm, energy and a large audience for Chies and its mountains

The Holy Mass on the Valbona Pass postponed to Saturday 29 October. For the Mayor Dal Borgo: ‘Meetings that turn into real places of personal rediscovery and confrontation with oneself’.

We can say that the 21st edition of ‘Chies e le sue montagne’ started with enthusiasm, energy and participation. In the first two evenings, the protagonists, invited by the organisers, took the public to visit two iconic mountain locations worldwide. They managed to capture the attention of the large audience in a formidable way, sharing direct and genuine experiences, made up of smiles and moments of reflection, succeeding in conveying a multiplicity of emotions that only those who have truly felt and experienced them can do.
First at the Osteria dei Tosat in the hamlet of Funes, the president of CAI Alpago, Luca dal Paos, took us to discover one of the most authentic and spectacular mountain ranges on earth, the Karakorum. An adventurous trek, full of twists and turns, fun and tiring at the same time. An immersive tale that allowed everyone to travel through a multi-faceted land. To arrive, says Dal Paos ”in the presence of the Earth’s rocky giants, where one cannot help but be enchanted contemplating how much beauty there is on our planet”.
Then at the Teatro Minino in the hamlet of Chies, passing from Asia to America, teleported by an extraordinary Eleonora Delnevo, known as Lola, we end up on the Zodiac route: a symbol of climbing par excellence. We are on El Capitan, in Yosemite National Park, in the mountains of the Sierra Nevada in California. So Lola, with her film White Circle, manages to convey and instil in the onlookers the desire to go on, not to stop, even after the accident in 2015 that deprived her of the use of her legs. Her message, which affects everyone, indiscriminately, is to live. And her message has strength, it is convincing, because it is charged with an indescribable inner energy. Mitigated just a little by the sweetness of a smile that does not, however, leave you indifferent. Lola’s secret? She tells us: ‘Family, friends and sport. They have given me the strength to keep going, to keep wanting to travel, and at the same time the chance to play sport’.
The Mayor of Chies d’Alpago, Gianluca Dal Borgo, is also enthusiastic: “Two simple but engaging evenings, in a friendly and serene atmosphere, where the mountain, which has always been the protagonist of this event, represents a unique opportunity. For those who attend, the chance to draw lifeblood and renewed inner motivation from it. Meetings that turn into real places of personal rediscovery, of confrontation with oneself”.
Postponed, however, by a week, due to bad weather, is the appointment at the summit with the Holy Mass celebrated by Don Rinaldo Ottone. We will therefore meet on Saturday 29 October at 7.00 a.m. in Venal di Montanes to climb together and meet at 10.30 a.m. on the Valbona Pass (2130 m). Present will be Chies d’Alpago, Tambre, Alpago and representatives from Erto and Casso, Claut and Cimolais. As well as all the friends and riders of Chies and its mountains.
The Mass, therefore, instead of opening the itinerant festival, this year will close it. But first, two other appointments of the highest level. Tuesday 25 October, in the Lamosano multi-purpose hall, the presentation of the book ‘Randagio’, together with the author Serena Marchi and the protagonist Fulvio ‘Bubo’ Valbusa. While on Friday 28 October, in the covered structure of San Martino, the interview with mountaineer Silvio “Gnaro” Mondinelli, the second Italian to have climbed all 8,000 metres without oxygen. Both starting at 8.45 p.m. in Chies d’Alpago. 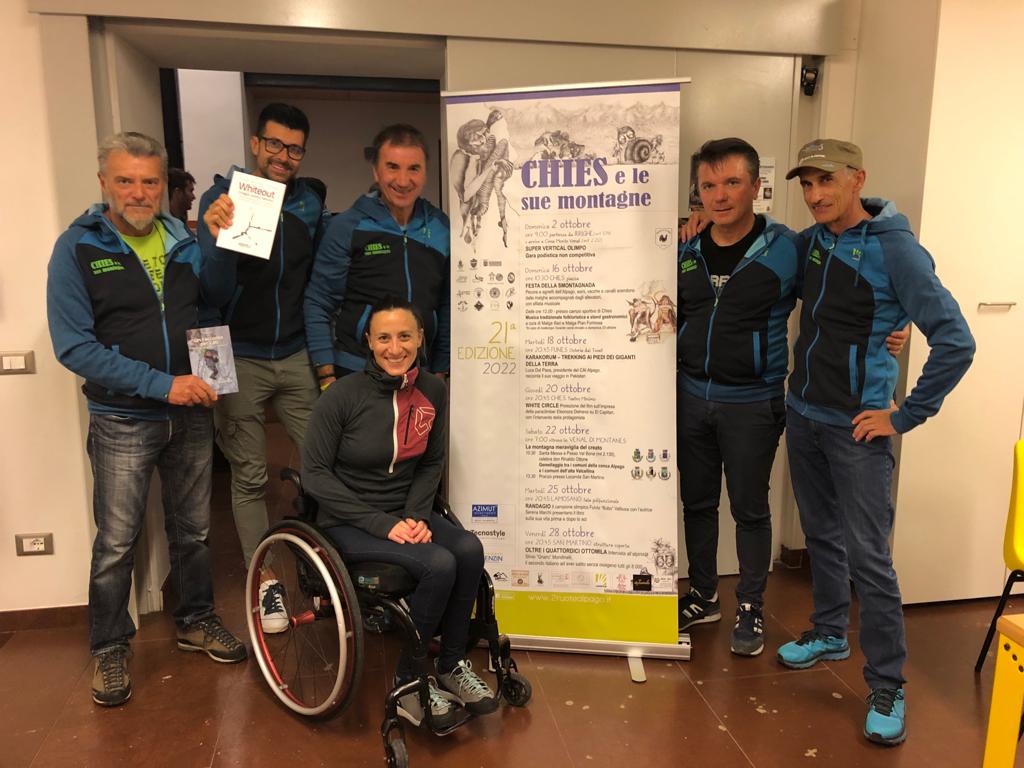