Dolomites, trekking dedicated to the Piave

Walk in Canale del Mis or between Feltre and Belluno.
Along the river

Belluno. A liquid route connects the Alps to the Adriatic through the Dolomites. It is the Piave, in 2014 candidate to become Unesco heritage, thanks to its physical and cultural landscape. In these parts they believe in the strength of their waters, as did the raftsmen who carried timber and goods along the fast currents from Cadore to Venice. The Unesco project is the signal: the people of Belluno are re-evaluating the river resource. Witness the battle for the conservation of the waters of Val Canzoi and the rediscovery of the value of artificial lakes. An example? The reopening of the ancient path of Lake Corlo, near Arsiè, in 2012. It looks like a miniature fjord and in this period, they swear, deer can be seen. Those seeking silence and wanting to walk at low altitude can follow the thread of the water and listen to the sound that tells the stories of men who have traveled between mountains and plains, artists such as Titian and Brustolon, woodcutters, miners, partisans.
Around Belluno, the farmers have just filed away the last hay. If the goal of the trip is to rediscover the Piave, you are soon captured by the side valleys, each one is a discovery. Caorame, Mis and Cordevole, clear tributaries, cut through the Belluno Dolomites, creating vertiginous walls.
The appetizer is the easy trip to the Cadini del Brenton, suitable for everyone, in the Canale del Mis. The wide path leads to a parade of pools carved into the pale rock by the Brenton stream. Place like elves, and the water that resounds falling from one pot to another can be drunk. A powerful waterfall is that of the Soffia, reachable in a few minutes over the bridge over the Mis. Much higher up is the Ferùch waterfall, a myth for experienced canyoners with its 100-meter vertical. A record even in a place where rivers and canyons are not lacking. There are 46 gorges in the Belluno area, some truly spectacular like the Brent de l’Art above Trichiana. A whole day – and it’s worth it – it takes for the Via degli Ospizi. Follow the Cordevole with the spirit of travelers, along the ancient path between the Piave Valley and the Agordino, passing through the medieval hospices. The novelty is the Gregorian Way, a road still to be reported that follows the Piave on narrow streets and mule tracks between Feltre and Belluno. There are 40 kilometers to be covered on foot and by bike in two days, then back by train. It is possible to go up the entire Piave from the mouth at Cortellazzo to the springs above Sappada: the “Perdipiave” group did it, walking for 170 kilometers. It took thirteen days and a bit of effort, but wonders are discovered. 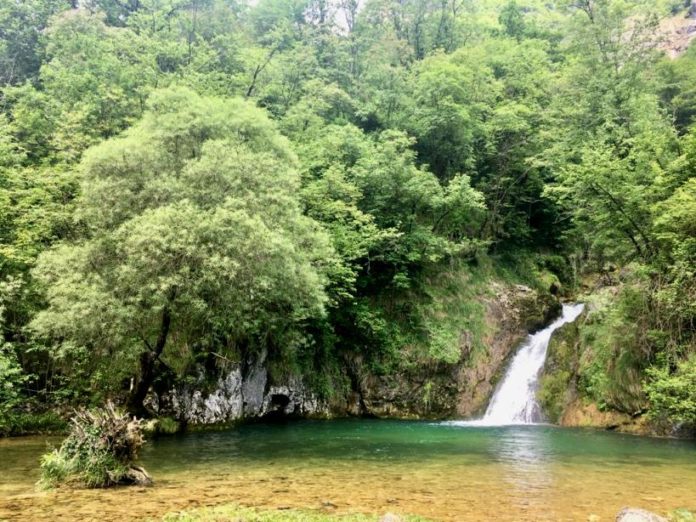