History
The freshwater shrimp is undoubtedly one of the components of that popular culture which is now gradually dissolving. The crayfish has been known since time immemorial, so much so that it has even become the subject of a rich iconography that has been confirmed in national literature and folklore since the second half of the nineteenth century. The most significant publications are those of Brehm, “Animals”, Vol X (1907) and Ninni (1885) who, already in that era, dealt with artificial breeding, also illustrating the operating techniques. The farming of crustaceans represents, in Veneto, a method of productive organization of the river ecosystem with an ancient tradition. Other evidence on the subject and on the consumption of freshwater shrimps in Veneto can even be found in sacred paintings preserved in some churches. C. Comel, professor of History and Philosophy at the UILM University of Feltre, writes: “This animal has a precise meaning for Christian symbolism linked to the resurrection, as it changes its remains seasonally; always the shrimp then also symbolizes the beginning of the end, the omen of death and dissolution, enters the picture of the cyclical return of time and seasons and, therefore, of life “. One of the most valuable works on the subject, testifying to the traditionality of the product in the area considered, is that of the Supper frescoed in 1466 in the Church of San Giorgio di San Polo di Piave, attributed to the Feltre painter Giovanni di Francia interpreted by critics as an omen of Christ’s farewell and of the forthcoming Resurrection.

Product description
The crayfish is a crustacean with a robust exoskeleton, which has a greenish-brown color, is equipped with long, powerful and finely indented claws. The meat has a mild and highly prized flavor. It is more similar in appearance and habits to lobster and Norway lobster than to sea shrimp. It is in fact a bottom animal, about ten centimeters long. He spends the day holed up under stones or in a hole and is only active during the night. It feeds on molluscs, earthworms, aquatic insect larvae and small fish, and also uses dead animals. It is widespread where the water is clear and well oxygenated and the bottom is pebbly. Since it is found in low-polluted waterways, it is defined as a good ecological indicator of the state of health of the water.

Production process
The crayfish of Eastern Venice are native and were once widespread and fished with particular pots built in woven wicker primed with fish. Today on the verge of extinction and therefore protected by specific regional legislation. The autochthonous crayfish is handcrafted and started from local specimens captured with the appropriate authorization, and is then used for restocking. The breeding is carried out with totally natural types, using tanks with embankments and earth bottoms, almost always built in areas adjacent to the fishing sites on the surrounding rivers.

Availability
The crustacean is available from producers, retailers and some specialized restaurants in the production area.

Uses
The crayfish is lean and rich in protein, phosphorus and vitamins. It is eaten grilled, boiled or fried. 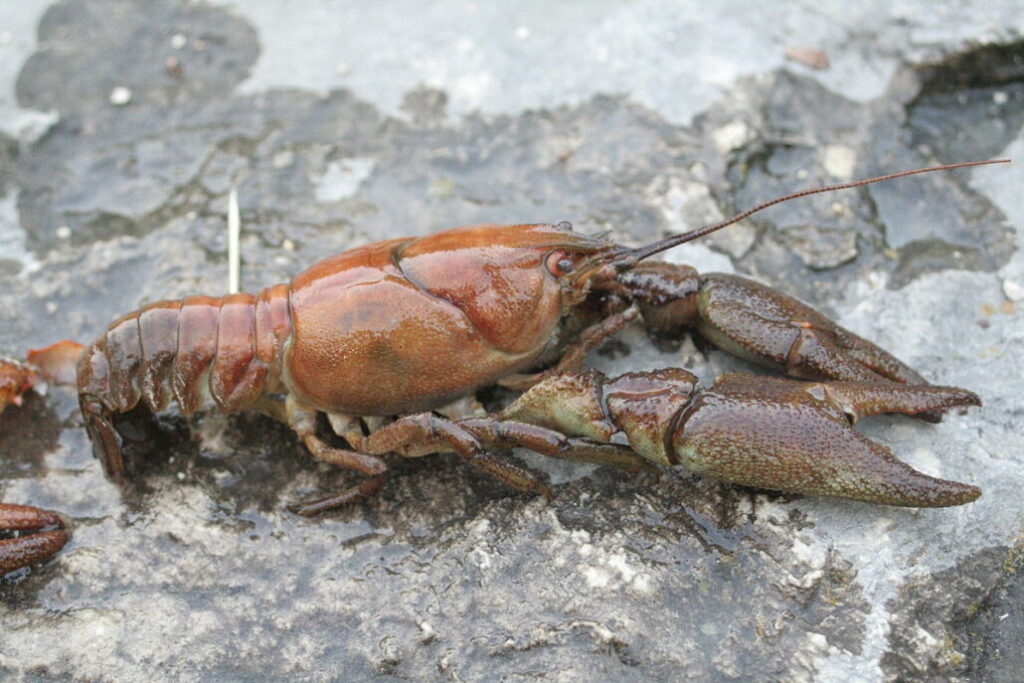