A plunge into the magic of the calli, among the picturesque San Domenico, Vena and Lombardo canals that make Chioggia a little Venice. Of Roman origins, this Venetian strip became populated with the influx of inland Venetian inhabitants who fled the barbarian invasions.

The architectural heritage is made up of houses and bridges, unique and colorful forms at the center of a lagoon habitat in which natural aspects also coexist to be preserved and protected. The characteristic Chioggiotto rhythmic hubbub sounds like an open-air party on market days, in a mixture of chatter and work.

Corso del Popolo, an aristocratic and radiant square that Curzio Malaparte called a great café, is always teeming with people. The Clock Tower, a former lighthouse and watchtower, now a museum housing Chioggio’s history, stands out here, on top of which the astrological clock and belfry can be visited. The cathedral, named after Santa Maria Assunta in cielo, is located south of the square, between the Santa Maria or Porta Garibaldi gate, the ancient entrance from land to the city, and the nearby church of S. Martino, which once housed a polyptych attributed to Paolo Veneziano, now on view in the nearby Diocesan Museum.

In the Pescheria (fish market), a characteristic fish market takes place from Tuesday to Sunday, early in the morning, which is supplied directly by fishermen returning early in the morning from the sea. In the Port of Chioggia one can still admire docked at the pier the “bragozzi,” typical brightly colored boats. The ancient tradition of lace-making, an expression of local craftsmanship, still survives, thanks to the skilled embroiderers who also work it by bobbin and bobbin lace.

The third week of June Chioggia breathes the air of medieval times, with historical parades and competitions among the ancient contrade, thanks to the Palio della Marciliana, while in July the Sagra del Pesce (Fish Festival), which celebrates the flavors of the sea and the lagoon, attracts large numbers of tourists. Another local product of note is the radicchio di Chioggia IGP, with which a variety of gastronomic recipes can be prepared. 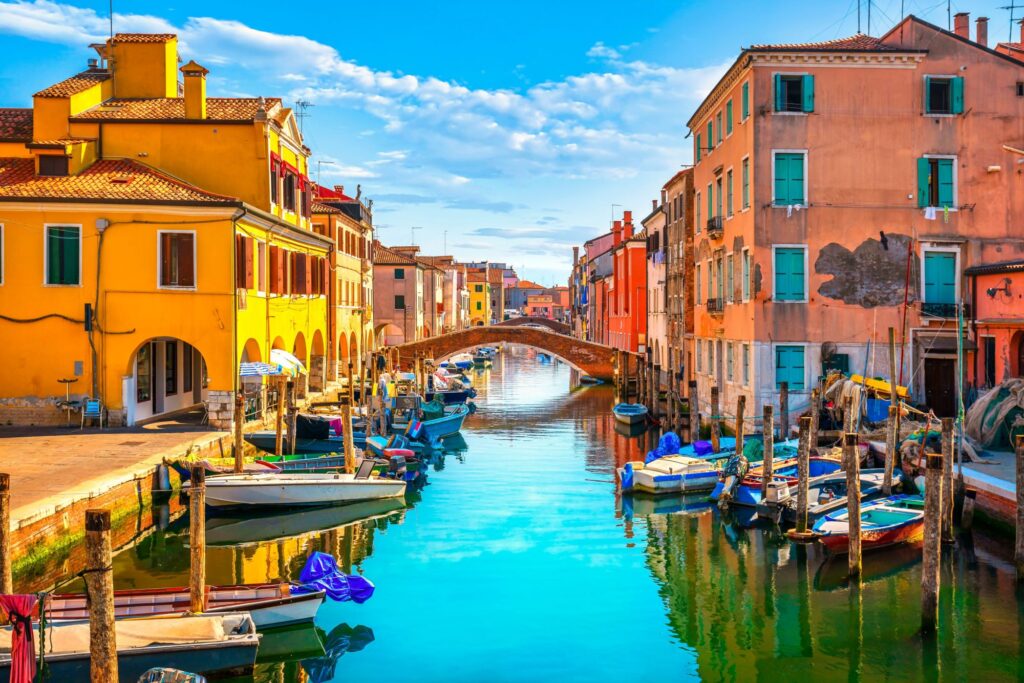