Castelfranco Veneto, the walled city that ties its name to Giorgione

Having survived the ravages of history, the lofty walls of the medieval castle that gave its name to the town in the Marca trevigiana stand imposing and majestic, a reminder of the battles and rivalries between the powerful municipalities of Padua, Vicenza and Treviso.

Castelfranco Veneto is enclosed by this fascinating city wall, among the best preserved in Italy, where you can still feel the atmosphere of a past rich in history. Walking through the alleys, one encounters charming views and prestigious buildings such as the Teatro Accademico, designed by architect Francesco Maria Preti in 1746, and the Palazzo del Monte di Pietà, the only source of loans for the poor of the city and neighboring villages until the 1900s.

But it is at sundown that Castelfranco shows its most evocative guise when the illuminated Castle becomes a fairy-tale presence, which can be admired while sipping a glass of wine in one of the many cafés in Piazza Giorgione or strolling down the elegant Corso XXIX Aprile, with its ancient buildings.

Known worldwide as the birthplace of Giorgione, Castelfranco Veneto lives in the myth of the most extraordinary and enigmatic artist of the 15th century, considered the mysterious genius of light and color and of whom very few precious works remain.
The mansion that housed this extraordinary figure is now home to the Casa Giorgione Museum, where the Frieze of the Liberal and Mechanical Arts, the only fresco attributed to him, is preserved. The Master’s absolute best-known work is the Castelfranco Altarpiece, which can be admired in the Cathedral of S. Maria Assunta, inside the Costanzo Chapel.

Among the treasures of this enchanting walled town is also rightfully included the Radicchio variegato di Castelfranco IGP, nicknamed for its beauty “the flower that you eat,” celebrated in December as part of a major exhibition-market. Also dedicated to this prized product of the Treviso land is the Strada del Radicchio, an itinerary that includes routes through art, culture and gastronomy. 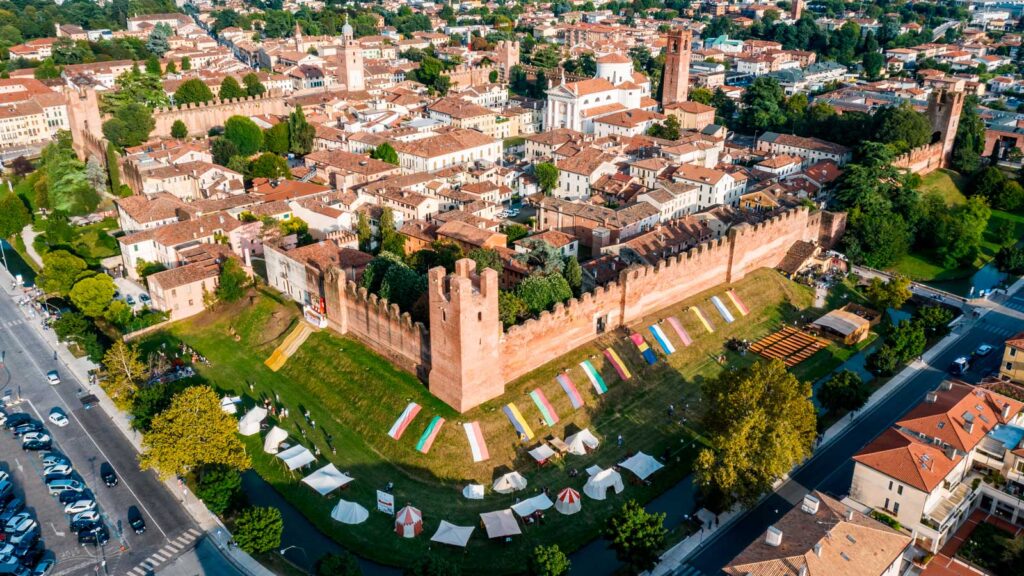