Marina Di Guardo, writer and mother of the web’s most influential fashion blogger, spent the weekend in the Marca: Ca’ del Poggio was the starting point of her excursions among the vineyards

She visited the ancient Abbey of Follina. She was moved by the frescoes in the Pieve di San Pietro di Feletto. She photographed the Molinetto della Croda and toasted in the headquarters of the Confraternita del Prosecco.

Marina Di Guardo, mother of Chiara Ferragni, the web’s most influential fashion blogger, and mother-in-law of singer Fedez, spent the weekend in the Prosecco hills, visiting the most iconic and fascinating places in the area, which from 2019 is part of the Unesco World Heritage.

Born in Novara to a family of Sicilian origin, living in Cremona, mother of three daughters (Valentina and Francesca, as well as Chiara, the eldest daughter), Marina Di Guardo has worked for a long time in the fashion world, first as a model, then as a manager, and a few years ago discovered a vocation for writing, so much so that she has published six noir novels (the last in order of time, ‘Dress code rosso sangue’, in 2021, for Mondadori) that have met with great success.

Marina Di Guardo was invited to the Marca by the Association for the Heritage of the Prosecco Hills of Conegliano and Valdobbiadene. Ca’ del Poggio Ristorante & Resort – where she enjoyed the refined seafood cuisine of chef Marco Stocco, combined with the splendid views offered by the venue in San Pietro di Feletto – was the starting point for her excursions among the vineyards.

In the stories posted on her Instagram profile, with almost 700 thousand followers, she has not spared compliments, emphasising the beauty and uniqueness of the places. In short, Marina Di Guardo has for all intents and purposes joined the very long list of VIP admirers of the Prosecco hills. And who knows whether the idyll of a weekend might have given rise to a desire to settle here. The charm of the most beautiful hills in the world spares no one. 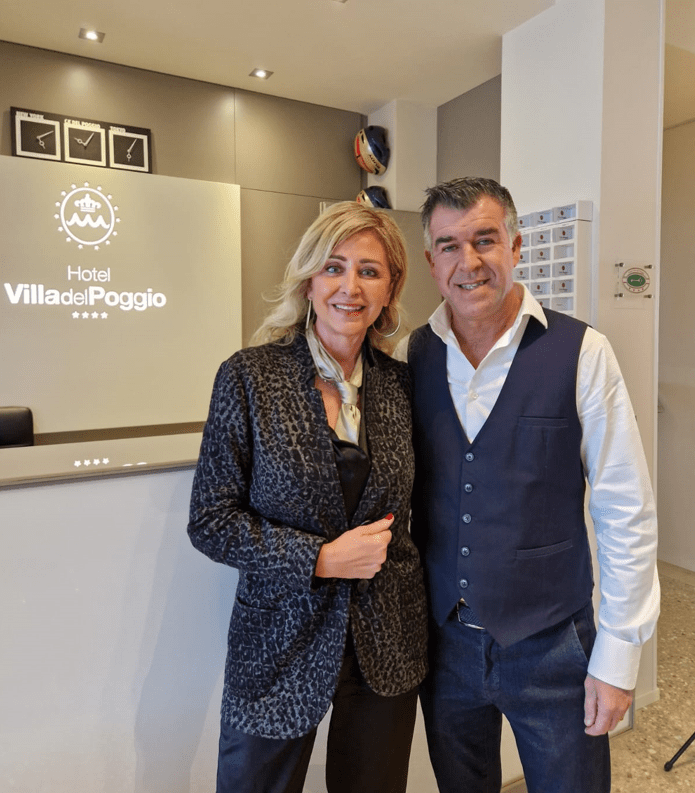